As we all know that how the location-based augmented reality mobile game Pokemon Go is gaining the mass fame day by day, hence, if you have an iPhone or Android smartphone, then you might have already installed Pokemon Go. But, the Windows Phone users are once again left behind.

Pokemon Go is an unprecedented hype on Android and iOS devices, but only the Windows Phone users are still sitting on their hunger. The tech giant Microsoft is now looking itself for a way to bring the game ‘Pokemon Go’ to Windows Phone.

As we all know that Pokemon Go is the new augmented reality game of Niantic and Nintendo, which is an outright success. Hence, Microsoft itself also regrets that its mobile platform being beaten over and gets many questions from users. That might just have the desired result.

There is a petition on Change.org asking the arrival of Pokémon Go to Windows 10 and Windows 10 Mobile. The petition speaks Nintendo and Niantic developer directly. Meanwhile, there are already more than 83,000 people signed the petition.

But not only the users themselves want to go on the quest, Microsoft also wants to bring the game to Windows Phone as soon as possible. In Microsoft Feedback Hub a Windows Phone user asked when Pokemon Go will Appear on Windows 10 Mobile. Against all odds, he was one of Microsoft’s official response:

Hence, an employee of the tech giant said that “We have received an overwhelming amount of feedback requesting to release the app in the Windows Store. The Windows Store team looking at the possibilities that we can live up to that expectation in the best possible way. We’ll keep you posted when more news”.

What precisely the ways in which the game would be released on Windows Phone, is not immediately clear. The past teaches us already have two options: First, Microsoft developer Niantic can pay to develop the game also for Windows Phone. Another possibility is that Microsoft itself will contribute to the development of the game.

What exactly the possible solution to Microsoft will be, it is not yet clear. We only know that Windows Phone users courage must not let even lower. But, it is fully clear that the tech giant Microsoft also wants to work on a release of Pokemon Go for its mobile platform. 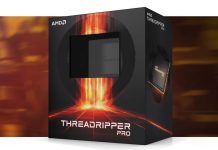