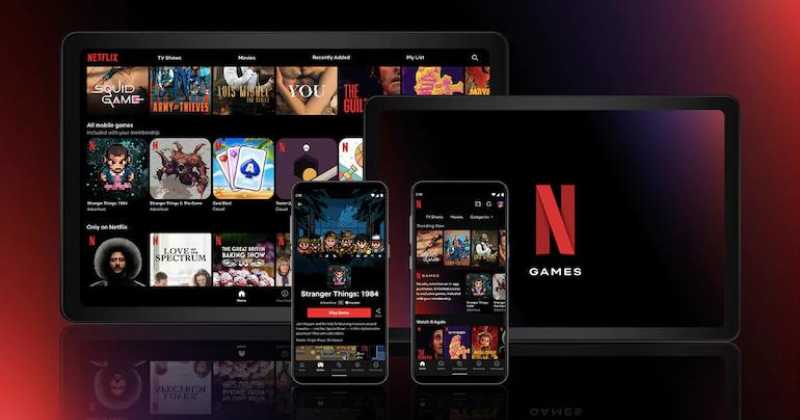 Netflix, the most popular video streaming service, is now also called a gaming platform. It has officially announced five games for Android users, where the Netflix subscribers can play it directly from the app.

The video streaming service has said that these games are available across the globe for Android devices. However, you can play it only if you are a Netflix subscriber, as there is no additional charge for playing games.

Contents show
Netflix Games Start Rolling Out on the Netflix Mobile App
How to Download Netflix Games on Android?

Netflix Games Start Rolling Out on the Netflix Mobile App

The company has posted a tweet saying the Netflix games for Android are now rolling out, while games for iOS will be coming soon.

Tomorrow, Netflix Games will start rolling out on the Netflix mobile app. First on Android, with iOS on the way.

It’s early days, but we’re excited to start bringing you exclusive games, with no ads, no additional fees and no in-app purchases. pic.twitter.com/ofNGF4b8At

At present, there are five Netflix games for Android users:

If you don’t have a Netflix app on your phone, then download it from the Google Play Store. Add your account details and start playing the Netflix games. You will find the game in a dedicated tab.

The vide president of Game Development at Netflix, Mike Verdu, said in a statement,

“We’re in the early days of creating a great gaming experience, and we’re excited to take you on this journey with us. Whether you’re craving a casual game you can start from scratch or an immersive experience that lets you dig deeper into your favorite stories, we want to begin to build a library of games that offers something for everyone.”

There are no additional charges for mobile games on Netflix. Also, is no advertisements or in-app purchases in the Netflix games.

To attract users, the Netflix games are available in many different languages. This means that one can play games in Indian languages, like Bengali, Hindi, Punjabi, Marathi, Tamil, and more. However, English will be the default language for the games.

Some of the games can be played offline also.

Do remember, these games are not available on the Kid’s profile. If you don’t want your kids to play games on your profile, then you need to enter the PIN you have set up.

In July, Netflix announced that it’s entering the gaming world.