There are constant innovations related to the technology used by batteries. Samsung is one of the most important manufacturers in the world at the battery level. Hence, recently, Samsung just developed a new battery that will charge five times faster than the lithium-ion batteries.

There are constant innovations related to the technology used by batteries. Samsung is one of the most important manufacturers in the world at the battery level, and therefore it is not surprising that it is also one of the most advanced.

Together with LG and Toyota, the South Korean giant Samsung will lead the arrival of these new solid-state batteries. While in the coming years seems almost certain that will take place the transition from lithium to sodium with solid – state batteries, the graphene continues shaping a future promise very interesting for this field.

The Samsung Advanced Institute of Technology (SAIT), one of the branches of investigation of Samsung Electronics, has managed to synthesize “balls” of graphene that can be used to create lithium-ion batteries that last longer and charge faster than current batteries, as the company has stated. This branch of Samsung is also behind the manufacture of materials that use Samsung QLED televisions, and that are free of cadmium.

In particular, the use of graphene with this new method would increase the capacity of batteries by 45% and increase the loading speed by five times. All this keeping the same size as the current ones. Thus, we could find a battery in a high-end mobile of 4500 mAh that could be fully charged in just 12 minutes.

This material would also improve the stability and resistance of the batteries, being able to maintain a temperature of up to 60 degrees, which usually demand electric cars. In the tests carried out, it was possible to maintain a capacity of 78.6% after 500 complete loading and unloading cycles. Despite being a somewhat lower retention than current batteries, the remaining energy after these cycles are much greater than what a battery of the same size offers today.

They have already patented the design

The production process of these batteries requires the use of SiO2, or silicon oxide. Thanks to this, graphene can be synthesized as a three-dimensional structure similar to a popcorn. From there, graphene balls can be used as the material for the anode and cathode of lithium-ion batteries. 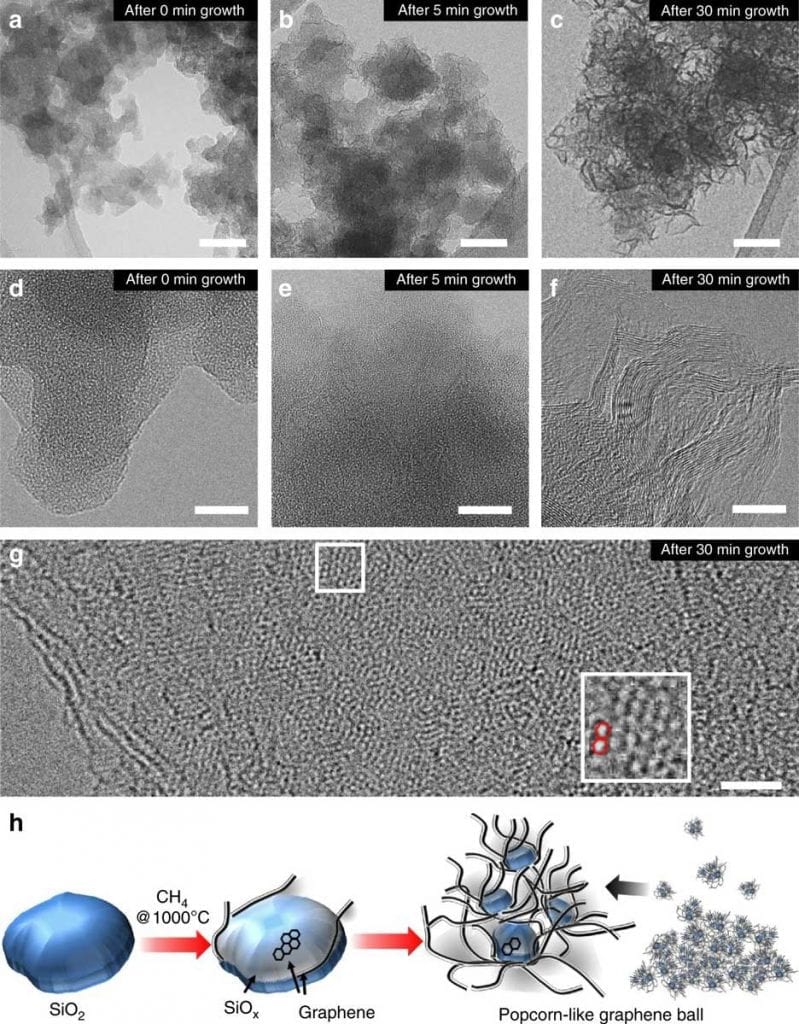 This technology has been quickly patented by Samsung in South Korea and the United States. The industry works against the clock to create a technology that replaces the lithium ion, which has been used since it was first marketed in 1991, and has become the industry standard. The graphene, among its many properties, has a conductivity that is 140 times faster than silicon.