Samsung’s flagship smartphone S8 and Note 8 are a big hit in terms of revenue and shipments for the company. However, now, it seems that the South Korean giant Samsung will soon introduce foldable smartphones as it just patents ‘double-sided’ smartphone.

Samsung Is About To Launch ‘Double-Sided’ Smartphone

In a matter of weeks, at the beginning of the next year 2019, the Samsung Galaxy S9 will be announced as a high-end device in the first half of the year. It is the turn of this new generation after the launch of the Samsung Galaxy Note 8 later this year.

The Samsung Galaxy X, although similar in its name. It has absolutely nothing to do with the iPhone X. In fact, the South Korean firm has been working on this name for some time before Apple, but the launch of its smartphone will occur later, among other things, by the complication of its design.

It is a folding smartphone, the first device of this type by the South Korean giant, Samsung, which will have a flexible panel as the rest of its latest devices in the high-end, but this time used to make its body folding in two halves.

There are already many years that we have been talking about flexible screens. In that sense, the same ones we have spent speculating about a possible terminal of the South Korean multinational company Samsung’s folding or simply double-sided smartphone as we already hinted earlier.

Every time during the releases of new devices the rumours get reactivated, to a large extent encouraged by the patents that the South Korean multinational company Samsung register. The latter is a little away from what was seen in other records and shows the best use of the curved screen till to the date. 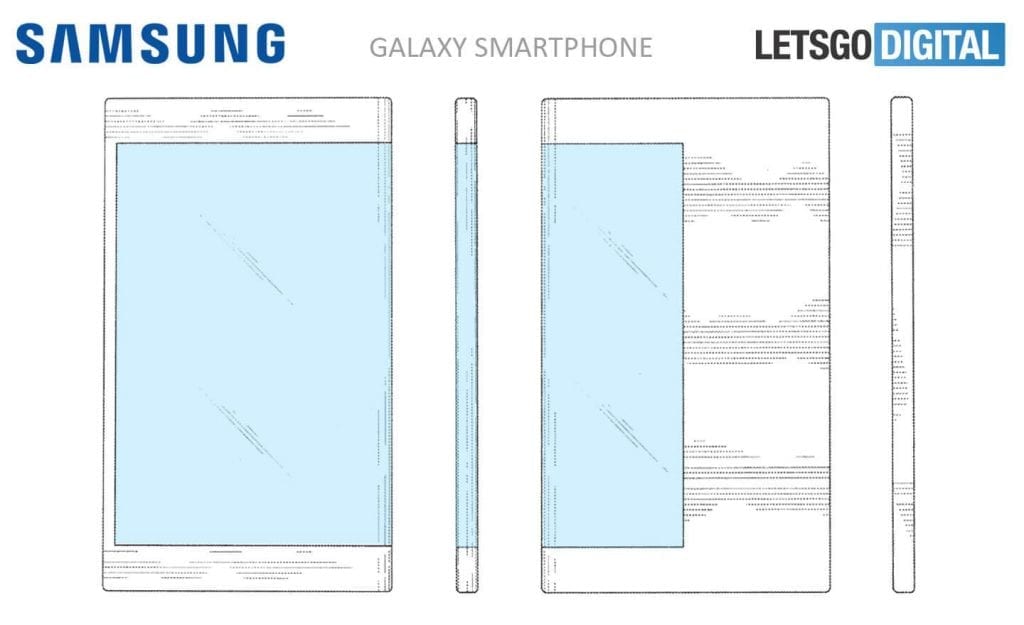 The screen that we see in the patent goes from being curved in the sides to be enveloping one of them, that is, to reach the back of the terminal generating a greater immersion and opening the door to many practical applications. But, how to use that area for show information at a glance, the part that is now relegated to the “Always On” function of the Galaxy S and the Galaxy Note series.

It is necessary to mention this because the screen in the back part is not symmetrical to the one of the front part, as it is possible to be observed in the images. This point clearly differentiates it from other patents seen till to the date or ZTE’s dual-screen phone, known for its lack of focus. 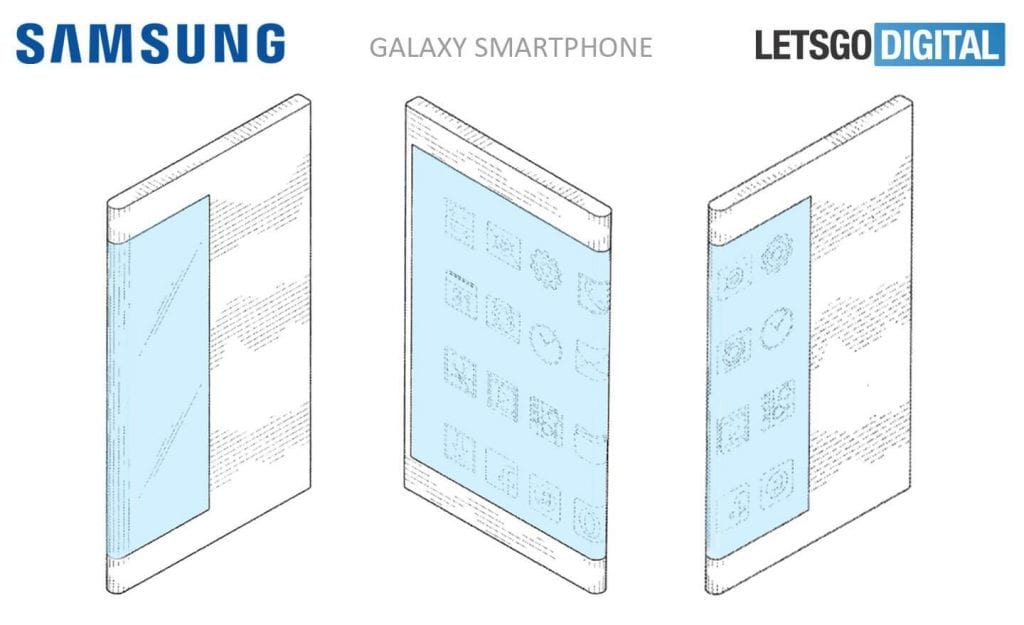 A curious aspect that shows the patent, continuing with the issue of the curves, is that the left side would be as in traditional smartphones, will be flat. Only the right side would have the surrounding screen, which simply makes us remember much more like the Samsung Galaxy Note Edge, that first experience, than current smartphones such as Samsung Galaxy S8 or Galaxy Note 8 still continuing with.

It is a decision that does not have to be final or even relevant, but that can be explained from the point of view of ergonomics, with which the curves have never been taken too well. The grip is more uncomfortable at the same time the device will be slippery as well.

So, what do you think about this new Samsung’s flexible device? Simply share all your views and thoughts in the comment section below.