Finally, Samsung Will Explain What Happened To The Galaxy Note 7

One of the most controversial moments of the year 2016 was undoubtedly all problems related to the Galaxy Note 7. As we all know that Samsung is the largest maker of smartphones in the market, and this device has managed to make a lot of damage to the image of the brand.

So, now it is almost over and Samsung has still not clarified that what caused the numerous Galaxy Note 7 explosions that made the news for the better part of September and October.

However, the South Korean tech giant Samsung claims that there is no common design fault in all units of the Galaxy Note 7. Basically, that means the company can not be held responsible for all the explosions as we have already seen on the internet and in the media.

Actually, the South Korean tech giant Samsung wants to ignore this issue as soon as possible without admitting what had actually happened, as Samsung trying not to associate the brand a fear that ends up exploding devices (something that also happened with their washing machines also).

In Galaxy Note 7, the batteries are considered to be the fire point, but there are few other factors which may have catalyzed the explosions. But, later the south Korean tech giant Samsung announced that the initial shipment of the Galaxy Note 7 had faulty batteries, and assured customers that the replacement of batteries would be safe. It turned out that wasn’t the case, and Samsung had to recall the handset a second time, and terminate the production.

A group of engineers were willing to go against Samsung. They analyzed in detail this device and have found that there is indeed a common fault: the design of the battery (which you can see in the picture below). 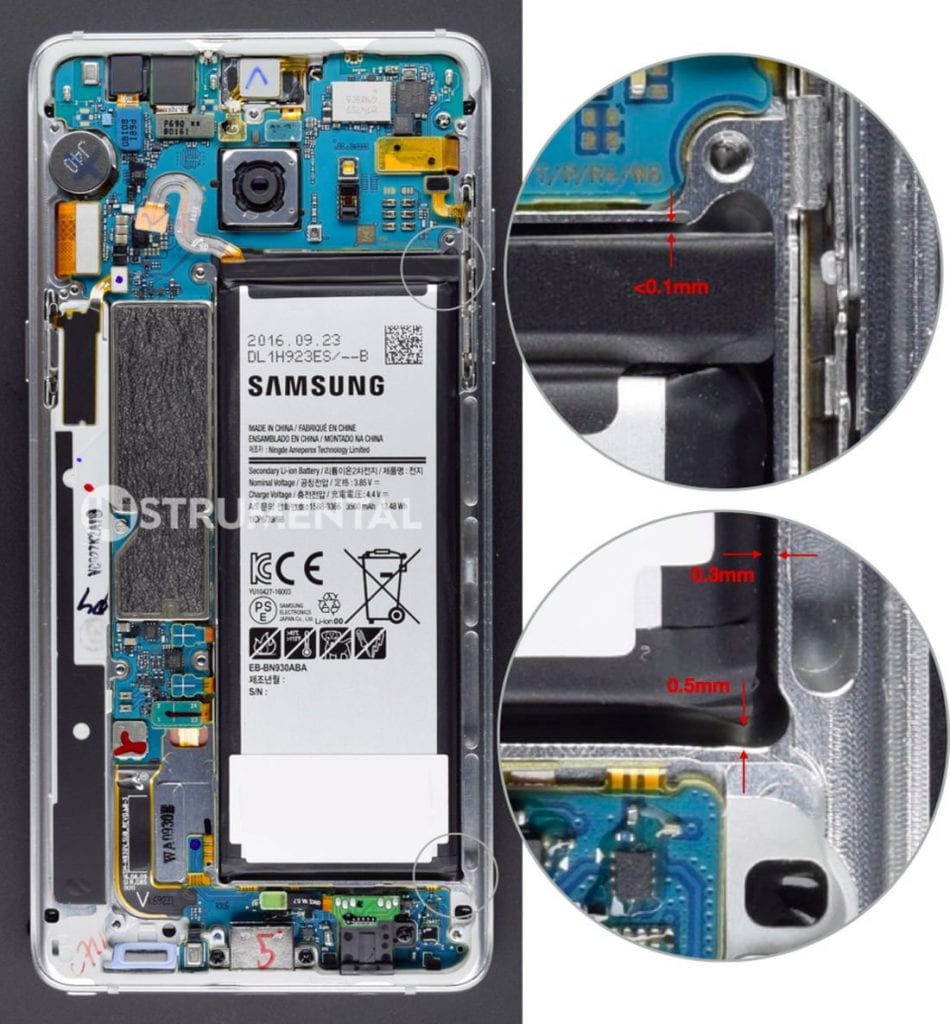 Apparently, the source of all problems is the little space that exists around the battery. This caused some units had just caught fire, with increasing temperature and volume. These engineers have been surprised that Samsung chose such a risky design, making the device was thinner but more insecure. But, according to industry sources, the final results of Samsung’s probe will be announced by the end of the year.