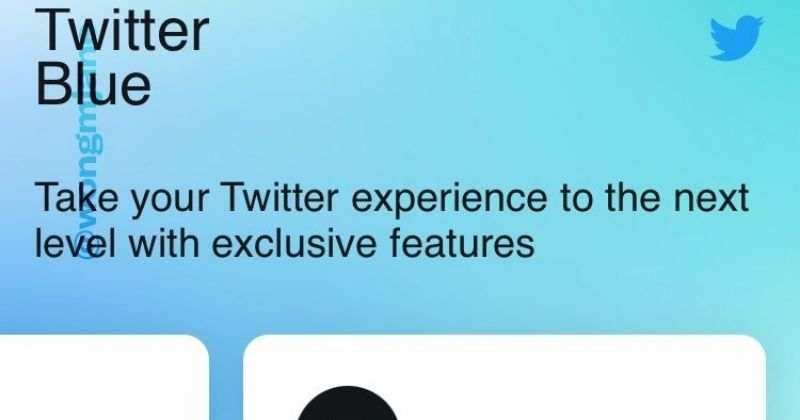 Twitter has listed a new subscription service called “Twitter Blue” that is priced at $2.29 (around Rs.177) per month. This service brings new features like color themes, change app icon color, undo tweets, read mode, and more. However, this service is not yet out in India but is listed in UK and USA.

Twitter has confirmed this paid service as it is listed on the in-app purchases page on iOS App Store. Earlier, there was news about Twitter working on some features for paid subscribers.

Jane Manchun Wong, an app researcher has posted a tweet and shared screenshots of the new service Twitter Blue. Manchun Wong has become the first Twitter blue customer after purchasing the service. From the pictures shared by Jane, we can see this new service can let the user change the theme color to yellow, red, and purple. Even the app icon can be changed to pink, purple, green, orange, and more colors.

Check out the pictures shared by Jane Manchun Wong,

Twitter confirms “Twitter Blue”, which costs $2.99 per month by publicly including such In-App Purchase on the App Store

As per the recent reports, Twitter may soon launch Twitter Blue paid service for everyone. Already there is a Super Follow that lets the users pay for its content. However, Twitter has not commented anything on when to roll out this service.

Earlier in May, Jane posted a tweet of the Twitter Blue subscription service with some features like a “collections” section where the user can save and organize the tweets. Even there will be an option of Undo tweets, which is one of the most requested features. Undo Tweet feature was spotted in March, and again it’s seen here as well.

There are details on when this service will be public. The in-app purchase option is seen in Apple App Store and it might soon be available for all. This service will help the app to increase its revenue as people will pay to use its additional features.