What is familiar with Skype, Viber, Hangouts, and WeChat? They all offer the ability to make video calls, connecting friends and distant relatives worldwide. Why has WhatsApp not directly introduced this function and been content with simple phone calls instead?

If, at first, it was a mere rumor or hope for many of our customers, video calls on WhatsApp are slowly becoming a reality. Thanks to Macerkopf, a German site, we can observe the first screenshots made ​​on the iPhone of this function. 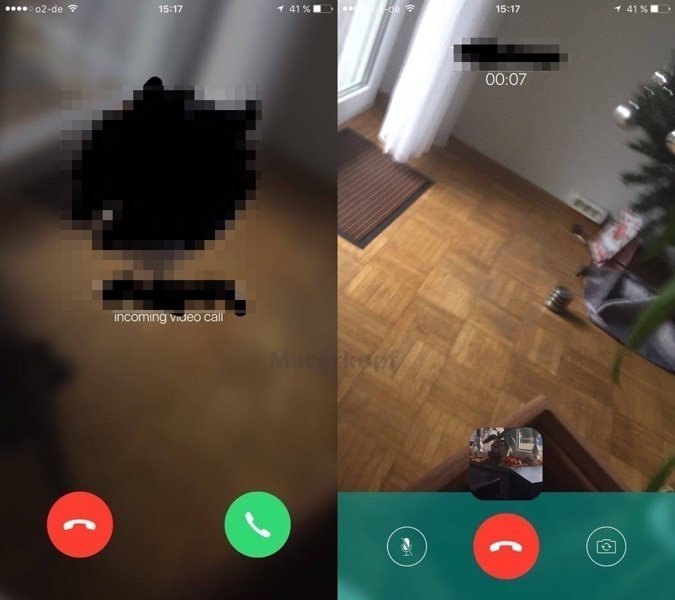 It seems that developers are now testing version 2.12.16.2 of WhatsApp on iOS with the function of the integrated video. According to bloggers, a few weeks should be made official and released for Apple devices. As always, Android terminals do not take long to get this feature; we believe that by now, you must wait for the arrival of 2016.

Fantastic function calls, I say, PERFECT! Too bad calls, although they are accessible in terms of phone recharge, you do pay a fortune regarding consumer data. Just so, unless you have a good WiFi connection or a data plan that includes unlimited ultra-beneficial GB of data traffic, you might exceed the limit included in the price and have to shell out; the worth of data useage might going to cost you, but if what happens when WhatsApp itself made some better features to reduce the much data usage in video calls?

Perhaps you can determine these features as soon as 2016 arrives for Android and iOS smartphones; other instant messaging application also works with the same technology to reduce data usage. However, some messaging apps still don’t prefer quality video calling with less data usage! But it Depends.

Now involves, Skype, Apple, LINE, and Facebook offer respective implementation of video calls; WhatsApp currently follows to join the service user is simply hoping to increase the degree of engagement in the app, thereby providing complete usage requirements within their services without a switch to another service platform.