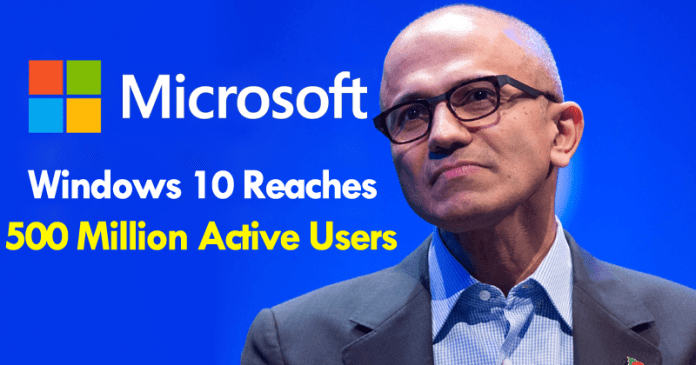 Recently, at the annual Microsoft Programmers’ Conference which is held in Seattle, the CEO of the tech giant Microsoft, Satya Nadella revealed that Windows 10 has recently reached the 500 million device mark.

The installed base of Windows 10 among the public is not being expected by the tech giant Microsoft that has shattered its initial estimates of seeing its Windows 10 installed in 1000 million devices by 2019, a figure that today is around 400 million in all the world. To do this figure that we already knew a few months ago adds a new: on a daily basis about 300 million users make use of Windows 10 an average of 3 hours and 30 minutes.

The tech giant Microsoft corporate vice president Yusuf Mehdi has told Bloomberg that “Windows 10 is the fastest corporate adoption we have ever seen before” and that “we can not be more excited about the progress of Windows.”

When the tech giant Microsoft introduced Windows 10, Microsoft set a very precise goal for this operating system. By 2019, the company wanted to have this system on billions of machines.

Recently, at the annual Microsoft Programmers’ Conference in Seattle, Satya Nadella revealed that this system has recently reached the 500 million device mark.

The adoption of Windows 10 continues to grow at a good pace. In September, Windows 10 reached 400 million devices and now has reached 500 million, which, although not the pace desired by the company, shows that there are many users switching to Windows 10. 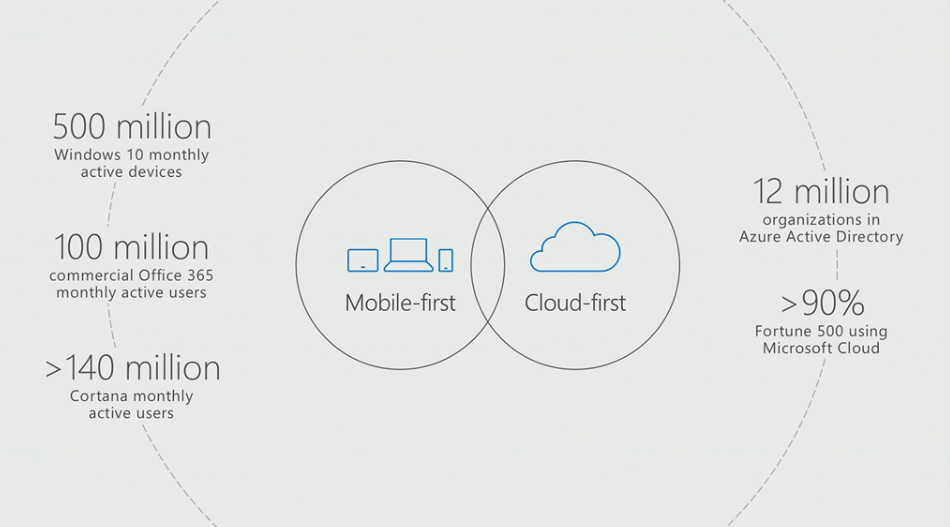