Some other features were also announced, which we have already described to you, like folders in the start menu and universal live captions.

Microsoft has been testing the tabs in the file explorer feature for a long time now, and they also canceled the project and never shipped it to Windows 10 users. But, they finally announced it, and it is also open on Dev-Channel. 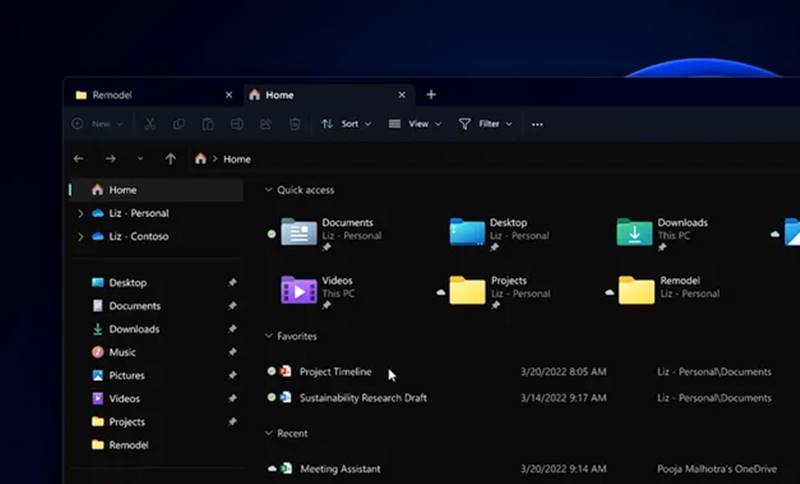 We can relate this feature to Google Chrome Browser, you can open unlimited tabs and go to any of them.

This feature will save you a lot of time, and you don’t have open multiple windows for working in file explorer. Now, you can directly switch to another tab with just a click to copy, share, and perform any other function.

In addition, You’ll also be able to right-click a file to add it to favorites, and it will appear pinned on the homepage of File Explorer. Microsoft will also use its Context IQ technology in the new File Explorer.

Some of the other features discussed in the latest event:

Windows 11’s Live Captions will automatically generate captions of the audio, regardless of which app or video it is coming from.

Folders in the Start Menu

With this feature, you’ll be able to drag app icons on top of each other to create folders in the start menu, the same you do on your smartphone.

There’s a new do not disturb feature, including self-descriptive and a new integrated focus timer. That way, you’ll be able to set how long you want to turn it on.

There is no fixed date for when these features will be available in updates, but we can suppose in the upcoming update because they have already reached Dev-Channel.