Once the fingerprint sensor and the iris and face recognition sensors have been introduced for unlocking, the next major war is the introduction of the sensor below the screen. Hence, according to the latest reports, the world’s first smartphone with ‘In-Display Fingerprint Sensor’ will arrive at CES 2019.

However, during this year, we saw a prototype fingerprint reader integrated into the screen of a smartphone, technology tested by Chinese manufacturer Vivo during CES 2017. But, for the moment we have not seen the first commercial smartphone with this technology integrated. According to information from GSMArena, this device could finally arrive at CES 2019.

CES 2019 will be held in Las Vegas, United States, from January 9 to 12. This fair welcomes many of the manufacturers of consumer technology in the world. Thus, some smartphones companies take the opportunity to show their news during the days in which the fair lasts.

The fingerprint reader below the screen would finally be implemented 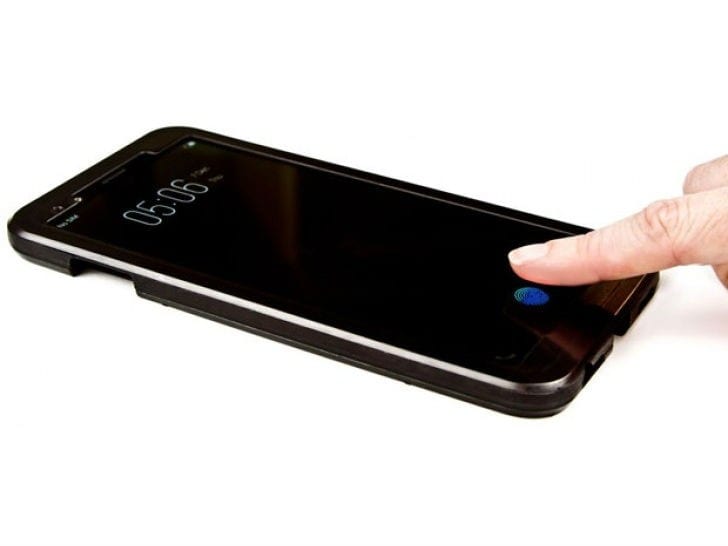 Two years ago, Synaptics talked about its fingerprint reader technology below the screen. Now, the company has claimed that one of the major smartphone manufacturers could finally present the first commercial model with this technology and the Clear ID FS9500 sensor.

This Synaptics sensor only works with OLED screens. The OLED technology is incorporated in the screens equipment like the Galaxy S8, iPhone X or the LG V30. When the sensor is activated, the panel illuminates the fingerprint and processes the light rays.

Synaptics claims that the sensor can operate below several other components up to 1.5 millimetres thick. These components can be even the protective screen glass, in addition to the screen and the glass on top of it. Synaptics is the company that manufactures several fingerprint readers like those in the Galaxy S8. The reference of these are FS9100.

At the moment it is not certain what the manufacturer that would show this technology working in a commercial team. However, the letters are still live. This company has a great presence in our region and even it is one of the greatest players in Asia as well.

It only takes a month for the new technology party in Las Vegas to begin, and we hope to see many new features such as the fingerprint readers below the screen.

So, what do you think about this new technology? Simply share all your views and thoughts in the comment section below.