The Chinese smartphone manufacturer Xiaomi has really shocked its users and the smartphone lovers with its latest present “Mi Mix”. It is a complete edgeless smartphone that is free of bezels on three sides, as well as it’s thin body is made completely of ceramic and it will go on sale on November 4 by this year 2016.

Xiaomi Blows Minds With The Mi Mix, An Edgeless Smartphone

To continue its path of new releases this year, Xiaomi presented yesterday morning its new phablet well known as the Mi Note 2.

But this release did not come alone and was accompanied by a new concept of smartphone that Xiaomi announced that it would even produce. In addition to these smartphones has also presented the Mi VR. 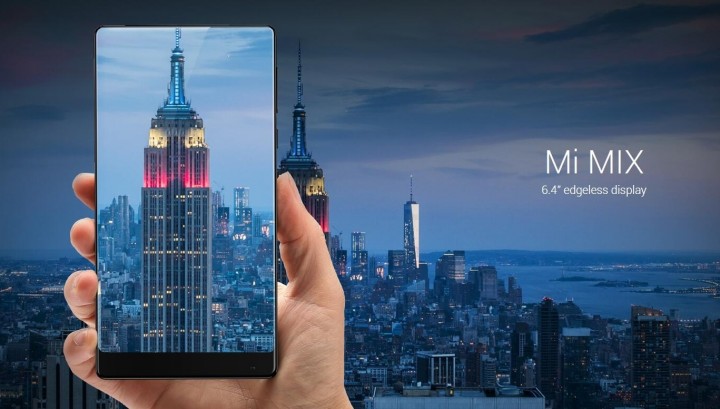 The Xiaomi has, over the years, tried to present some models at the same time are highlighted by its cost and benefit ratio, offering the user some features present in the top smartphones as well as other which are presented as innovative.

And even within the area of innovation that Xiaomi presented Mi Mix as a concept of smartphone that aims to show the future technology trends that Xiaomi will follow from now on. But Xiaomi was not only the presentation of the concept and announced that it will pass even the action and produce this model as well.

The Mi Mix starts with a 6.4-inch display which occupies 91.3% of the front panel which causes a large screen that can be identical to a body of 5.5 current smartphones, thus eliminating much of the frame. The screen 17:9 allows, after removing the space occupied by the digital navigation buttons have a real area of vision. But to support a screen of this size, some changes were needed on the front panel. So where are the sensors and the front camera?

To replace the headset, Xiaomi installed acoustic technology piezoelectric ceramic that converts electrical signals into mechanical signals to get the sound to the user. In the proximity sensor, Xiaomi abandoned the traditional infrared sensor and include a new ultrasonic sensor technology already used in the digital fingerprint sensor Mi5s.

Finally, the front camera is positioned in the lower right corner and suffered a compression to have 50% of the size of the current market sensors. This new sensor can move up and down to adjust the location of photography.

In its design, the Xiaomi bet on rounded corners and a construction with the ceramic finish on the rear panel, the buttons and around the side trim, which offers a hardness of 8 Mohs, on a scale from 1 to 10. In its construction, Xiaomi has not used adhesives or other adhesives, consisting of small connectors.

The characteristic level is very similar to the Mi Note 2 presented yesterday morning. The processor is in charge of Qualcomm with Snapdragon 821, accompanied by 4/6 GB of RAM, 128/256 GB of internal storage, high-precision GPS and a battery of 4400 mAh with Quick Charge 3.0. The main camera is 16 MP with PDAF. Along with the Mi Mix, it will come with a skin cover as well. 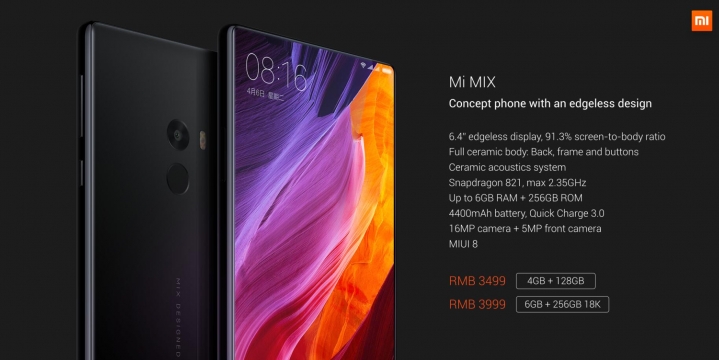