Precisely the filtration of the new Samsung DeX Pad for Samsung Galaxy S9 we have known that the new flagship of the Koreans will have the mini-jack connector, rather they will keep, compared to other manufacturers who eliminate it in their latest models.

Undoubtedly it is one of the essential accessories of any new mobile, and as not of the Samsung Galaxy S9, which will debut new designs of its official covers, beyond the own design that mark their new components or external dimensions.

Well, today 15 new official Samsung Galaxy S9 cases spotted in the wild, that although in some cases we had seen in other leaks, in this case, they show us some new model and that had not been seen until now. 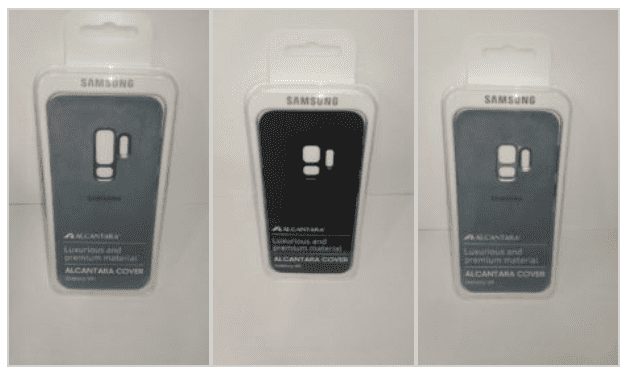 In the images, we can see different types of covers, from the traditional Clear view with an improved viewing angle compared to its predecessors, to others with luxurious finishes like Alcantara, the same that we can find for example in the last original keyboards of Surface Pro.

We can also find other covers with a more refined and lightweight design, which will help us to keep the Samsung Galaxy S9 protected without weighing down the weight or ease of transport. There are also silicone cases that give a soft and light touch to the use of the Samsung Galaxy S9, without a doubt the one that is usually one of the most popular cases among users.

We can even see the images of a new ultra-resistant case, with MIL-STD-810G-516.7 military grade certification, so it is the same certification that we can find in high-end mobiles and that is ultra resistant to shock and extreme temperatures.