“The Terminator,” “The Matrix,” “2001: A Space Odyssey,” and “I, Robot” are just a few examples showing what would happen if our ambition with technology went too far. The Near Future will be called the Robots Evolutions.

In Science fiction, mankind has suffered a few times at the hand of their robotic creations: “The Terminator,” “The Matrix,” “2001: A Space Odyssey,” and “I, Robot” are just a few examples showing what would happen if our ambition with technology went too far.

Lately, however, we have witnessed some cases that may feed a mad conspiracy theory and leave many paranoid people. So we gather from this list five situations where, in real life, the evolution of robots and related elements became the reason for us to stay with a bit of fear. 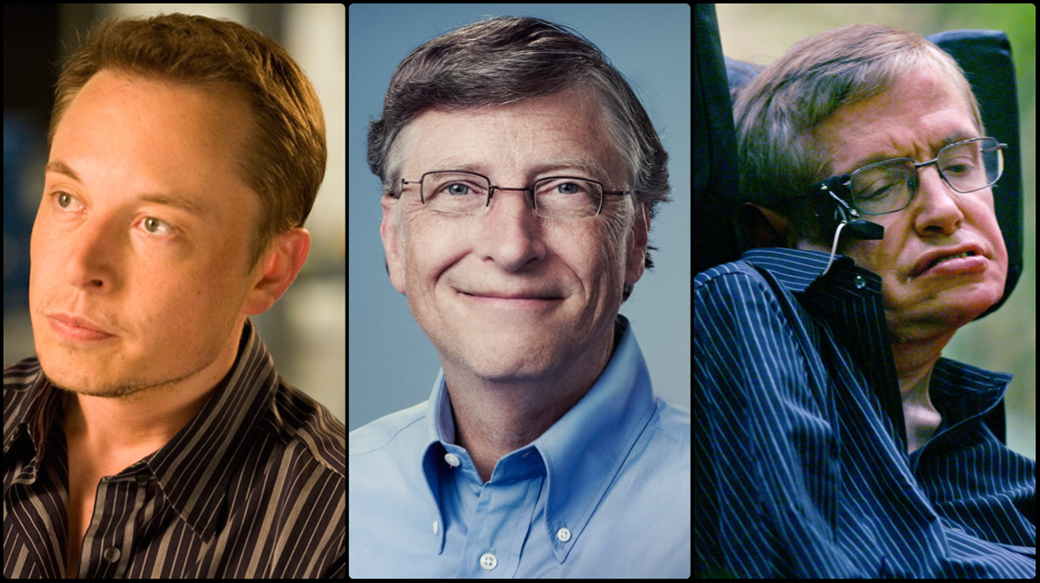 Stephen Hawking was the first to publicly say that creating an artificial superintelligence could mean the end of the human race. “They would advance on their own and if reprojetariam an ever-increasing pace. Humans, limited by the slow biological evolution, could not compete and be overpowered,” he said.

Elon Musk was a bit further: he came to donate $ 10 million to researchers seek a way to prevent artificial intelligence results in the creation of evil robots. “If I had to point out what is the greatest threat to our existence, this might be. With artificial intelligence, you are invoking a demon,” said the CEO of SpaceX.

Since Bill Gates was the last to rule on the matter and strengthen the position of caution. The founder of Microsoft said the following.. “First, the machines will do several works for us and will not be super After a few decades. However, the intelligence will be large enough to become a concern I accept Elon Musk and others on this matter and do not understand how some people are not concerned.”

You may have stumbled upon a video of robots Boston Dynamics, unaware that it was their creation. The company, purchased by Google in 2013, specializes in robotics engineering, and its most prominent projects in recent years have involved DARPA, the US agency for advanced defense projects.

They have several robots quadrupeds. The BigDog, the main one, is designed to carry army equipment, can walk through extremely rough terrain, steep or snow, and has a balance while running. It eventually evolved into versions somewhat smaller but also functional, as the Spot.

The other creation of the Boston Dynamics based on animals that walk on four legs is the Cheetah, capable of reaching a speed of over 45 km / h; in some cases – as in the model modified by MIT – this can jump over obstacles while running.