When WannaCry started its attack, many predicted that it would focus on older machines. Hence, everyone pointed out that Windows XP and Windows Vista were the most targeted, but the report shows a different story.

When WannaCry started its attack, many predicted that it would focus on older machines and therefore, that would be more outdated in terms of software and in terms of the operating system itself.

It was hoped that it would focus on systems like Windows XP, which the tech giant Microsoft has long abandoned. But the truth is, according to the latest numbers, the biggest victim of WannaCry was the Windows 7.

Early reviews of WannaCry pointed to exploring the flaws that Windows had that had not yet been covered by installing the latest updates.

Everyone pointed out that Windows XP and Windows Vista were the most targeted since the tech giant Microsoft had already abandoned them in both system and security updates.

What was seen contrary to what would be expected and shows that Windows 7 was the system which is most targeted by this attack. 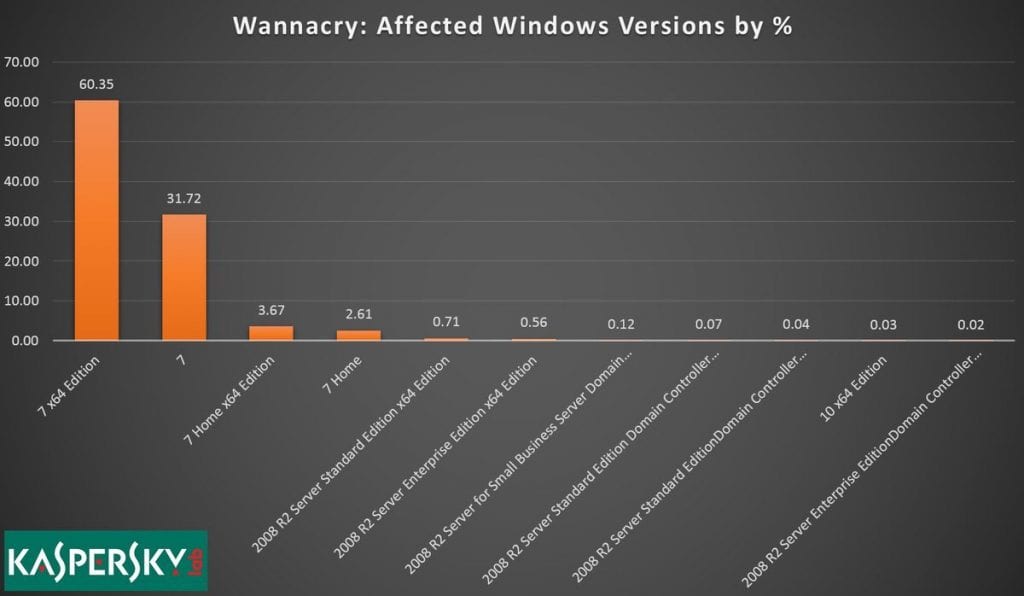 These numbers reinforce the idea that the great cause of the problems that WannaCry brought came from systems that were not updated with the latest Microsoft fixes.

Unlike Windows 7, Windows XP was not prepared to handle WannaCry, since the tech giant Microsoft did not have any patch set up to solve it. Curiously, this is not seen on the chart, with Windows XP not even having the expression to appear in it.

There is still a lot of missing information to know about WannaCry, whether it came to the actual results of this attack, which infected thousands of machines around the world.