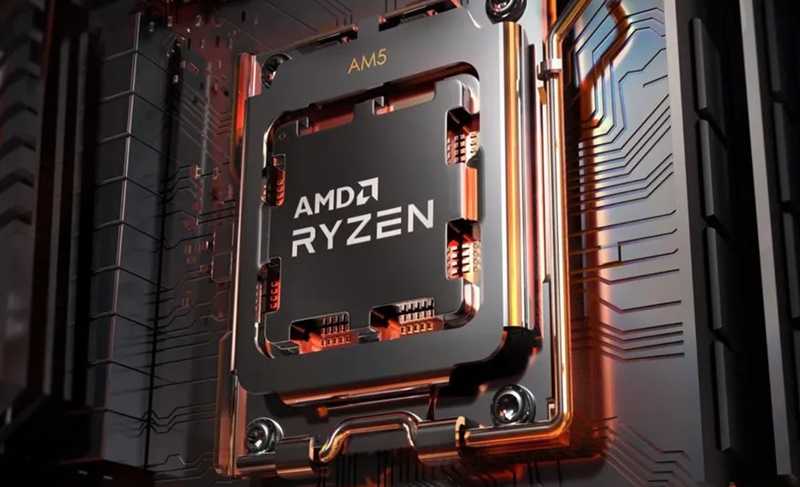 Today, AMD announced its future technologies and products at Computex 2022 keynote. It unveiled its upcoming Ryzen 7000 desktop processors with the world’s first 5nm cores and new motherboards that can handle them.

As the race is always going on between the AMD and Intel processors, for now, AMD is ahead with the “Power of Sun“. Besides, it also revealed its upcoming Laptop, which is far to launch this year. 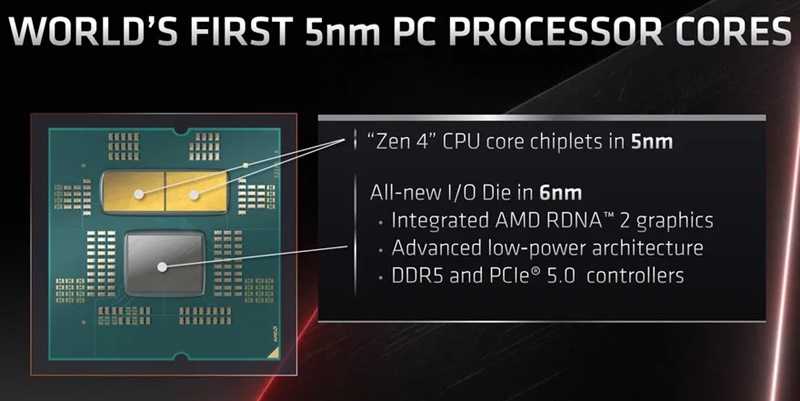 The AMD Ryzen 7000 series processors will launch this fall. Besides, if we talk about its specifications, there’s a new Zen 4 architecture that uses 5 nanometer cores (5nm), which is the first time done by any company.

It has a combination of two 5nm Zen 4 CPU modules and a new I/O die in a 6nm that includes integrated RDNA 2 graphics, DDR5 and PCIe 5.0 controllers, and auto low power architecture management.

According to AMD, Ryzen 7000 series processors will double the L2 cache to 1MB of L2 cache per core. And its power consumption is likely to be around 170W as it performs.

Now its performance, its maximum boost speeds exceeding 5GHz clock speed, and as AMD said in the possibility, this CPU features up to a 15% increase in single-core performance.

The company tests showed its capability in multi-threaded Blender workload, and it performed over 30% faster than the Intel Core i9-12900K.

In the presentation of the gaming session with playing Ghostwire: Tokyo showed the processor consistently running at 5.5GHz. 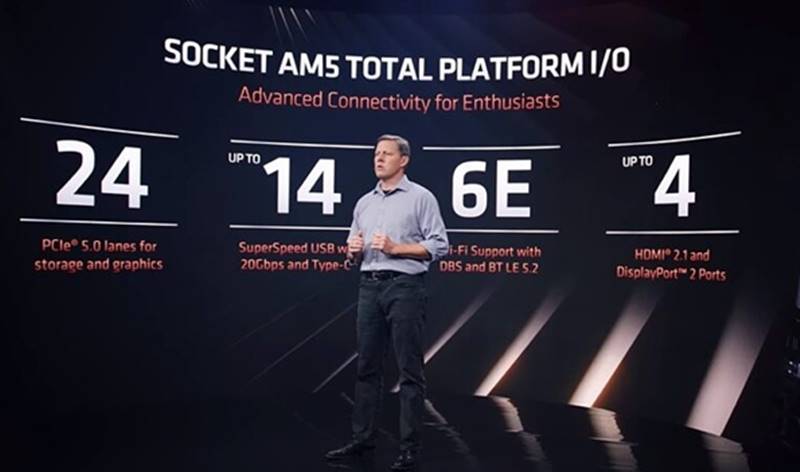 The upcoming Ryzen 7000 also requires the AM5 Socket, so the company has also launched the AMD Socket AM5 Platform. AM5 has dual-channel DDR5 memory support.

Three new AM5-based motherboards were announced yet: the B650, X670, and X670 Extreme. All of these three support the PCIe 5.0 storage.

Additionally, the X670 has optional mounting for PCIe graphics, and the X670 Extreme motherboards include the support of two PCIe 5.0 graphics slots.

These motherboard OEMs will include MSI, ASUS, ASRock, and more.