AMD is to launch some new processors in January, but as usual, its price and other specs detail already leaked ahead of its launch. At the same time, these processors are officially revealed to be lower-TDP models.

The company has already launched Ryzen 7000 X series processors, but now, it plans to unveil the non-X series of the Ryzen 7000 processors. Let’s discuss all the leaked detail regarding this non-X series.

The company wants to launch more affordable and low-power consumption processors, so they have decided to launch Ryzen 7000’s non-X series, which includes three processors.

The models are named Ryzen 9 7900, Ryzen 7 7700, and Ryzen 5 7600. And a website called VideoCardz has leaked a promotional slide related to these processors that reveals the specs and prices.

And all these processors will have the same TDP (power consumption), which is 65W.

While another leaked slide revealed the gaming performance of the Ryzen 9 7900 paired with the AMD RX 6950X, which showed that it is 19% faster than the Ryzen 5900X. 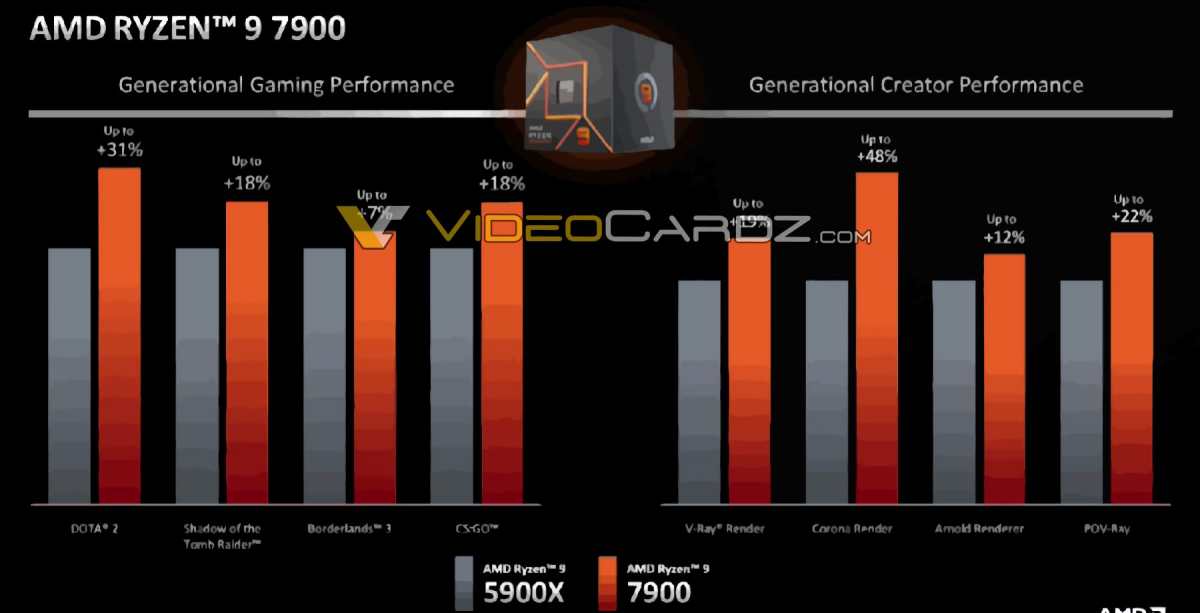 The processors series is said to get launched on 10 January 2023 because the time around the CES 2023 event will be the perfect time for the launch of tech products.