This Mobile App Allows Anyone To Create Android Ransomware

Android is a platform known to be prone to attacks from malware, ransomware, and other types of malicious code. The problem is not often in the operating system itself, but in the applications that users install, coming from unreliable sources.

If so far this malware had to be created on specific development platforms, everything seems to have changed. Now, anyone who wants to create malware just needs to use an app created for that purpose.

This is not very positive news for Android users and shows the degree of sophistication that attackers already have. With a simple application, it is now possible to create versions of apps that inflict any Android.

Who discovered this unfortunate novelty was a researcher at Symantec, who saw it appear some time ago in various Chinese forums dedicated to this topic.

With the Trojan Development Kit any “hacker apprentice” can create your own application, which you then be able to share in the stores you understand and however, you want. Typically this app creates a custom version of ransomware.

The user interface itself is simple, with only a few parameters that can be changed. This goes through the application icon, the message to be displayed after the device lock, the unlock key, the mathematical operations used to make the random code and the animation to be displayed on the device. 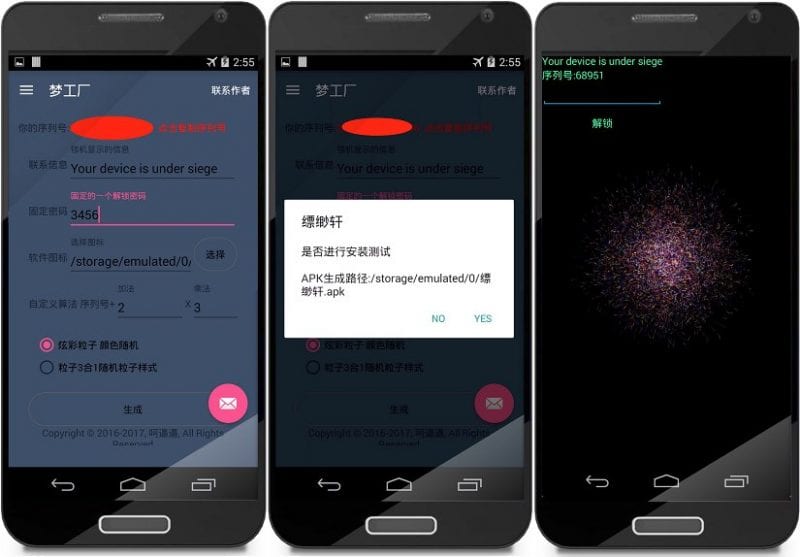 Once customized, in the new version, a communication channel is created with the creator of the tool, so that a payment is made to unlock the account and the Trojan Development Kit itself. From here on, the attacker can create as many versions as he/she wants and get them directly from the Android device where you were creating the malware.

For the time being, the Trojan Development Kit has only been detected in use in Asia, but will soon have to be changed, grown and seen on European markets as well.

So, without writing a single line of code, now anyone can create their own ransomware and start propagating it. The solution is, as always, the most basic care in installing Android apps, always choosing reliable stores and preferably the Play Store itself.

So, what do you think about this severely dangerous application? Simply share your views and thoughts in the comment section below.