Apple might ditch the digital crown in the upcoming second-generation Airpods Max. The Cupertino-based tech giant has launched AirPods Max, the wireless headphones with a sturdy metal build and active noise cancellation feature.

The successor to AirPods Max is expected to launch this year. It is rumored that Apple brings touch control on second-generation AirPods Max 2. The wireless earphones original AirPods Max that was launched in 2020 have a digital crown.

The upcoming AirPods Max 2 headphones will have some improvements, as the new patent filed by Apple gives a hint of touch controls.

Apple is Working on Touch Controls for AirPods 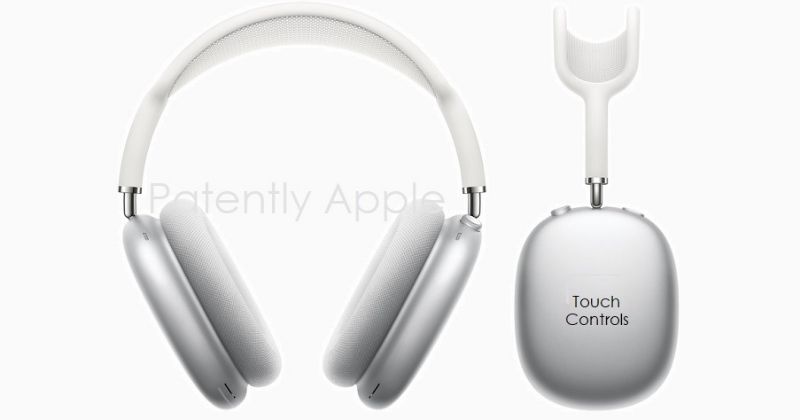 According to the reports by Patently Apple, says that there is a new patent application from the US Patent & Trademark Office that gives a hint at the launch of AirPods Max 2. The patent shows the technique for processing gestures on touch-sensitive surfaces.

At present, the AirPods Max has a digital crown that allows you to adjust volume and control music. It is a unique feature that is hardly available on other devices. This one is Apple’s exclusive feature that might be removed to offer a better way to manage the digital assistant and other things like songs and volume.

After this, two other patents were spotted, but it looks like Apple has decided to go with Digital Crown. Earlier in 2020, the design team of the company revealed that Apple is planning to offer touch controls for AirPods Max, but it didn’t happen.

However, now there are chances of touch controls with AirPods Max 2 as again the company has filed a similar patent. Users must note that not all the patents come into reality, so we don’t know AirPods Max 2 will come with touch control or not.