Earlier we reported that how the Cupertino giant Apple has allegedly removed the applications from the Iranian developers and startups from the iOS App Store. However, now according to the latest reports, the tech giant Apple just fully blocked Iran from the app store.

iPhone users in Iran have discovered a few hours ago that they can no longer access the App Store, indicating that there is a complete blockage to the country, according to Bleeping Computer.

It is unclear what brought about the change, but presumably, they will be back to the US sanctions against Iran: sanctions that President Trump raised last year. The tech giant Apple did not make a statement about the changes and did not immediately respond to a request for comment on this, prompted by several channels that have contacted the company. 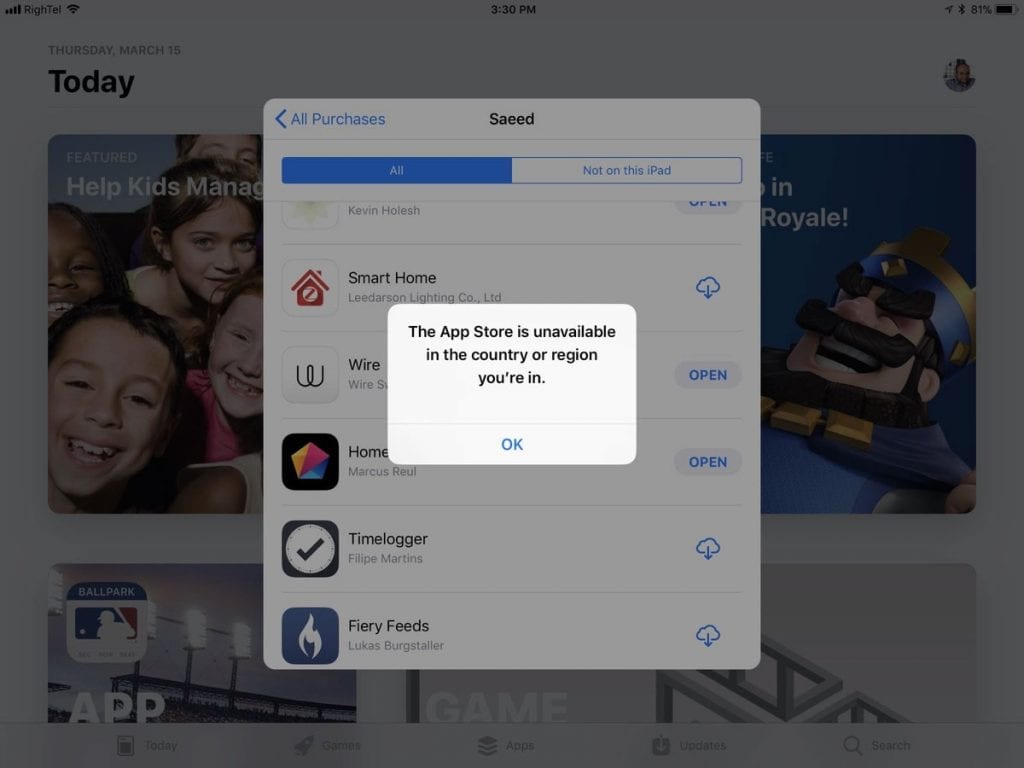 If the ban is permanent, iOS device owners in Iran will have to route Internet traffic through VPNs, making them look like they are in another country, to have access to the App Store in the future. This will make it much more difficult to use Apple devices.

Users attempting to visit the App Store in Iran now receive a message saying: “The App Store is not available in the country or region you are in.”

According to tweets from the Saeed Taheri iOS programmer (among many others), Iranian users attempting to view the App Store now receive this error message.

@gruber @bzamayo @_inside Apple decided to make AppStore unavailable in Iran! First time I’m seeing this error in 10 years! Would appreciate if you ask Apple for comments.

The tech giant Apple began removing the applications of Iranian programmers from the App Store last year. In January, it “attacked” applications that facilitated transactions for companies, and in August, removed a number of popular consumer applications, including a greeting service and a food delivery service.

“Under US sanctions regulations, the App Store may not lodge, distribute, or market with applications or developers linked to certain US embargoed countries.”

He referred the tech giant Apple to a message to programmers at the time.

This seems to show that with the Trump administration, the tech giant Apple really has to stay in line with United States law under penalty of retaliation.