Apple event 2021 is titled California Streaming which is scheduled for 14 September, i.e., today. The event is hosted virtually and is streamed on the official events pages and official YouTube channels.

At this biggest launch, the company is expected to bring four new iPhone 13 models, Watch Series, third-gen AirPods, and more. The confirmed price and specifications will be announced tonight at the California event. 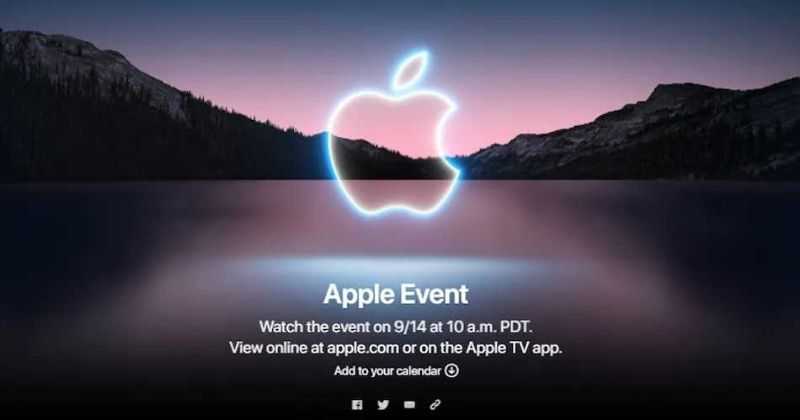 Apple’s California Streaming event is at 10 am PDT or 10:30 pm IST. Due to the ongoing pandemic, the event is streamed online.

Apple’s California Streaming event is at 10:30 PM IST (India) and 10:00 AM PDT. All the viewers can watch the event from Apple’s event page or can visit the official YouTube channel. Apple TV users can view keynote via the app.

All the users can watch the event on the Mac, iPhone, iPad, Windows PC as the website runs on Safari, Chrome, Firefox, and other browsers.

iPhone 13 and 13 mini will have color options like Black, Blue, Pink, Purple, RED, and White. While iPhone 13 Pro and Pro Max might come in Black, Bronze, Gold, and Silver.

Another high-profile product that will be announced at the event is Apple Watch Series 7. The watch will be redesigned with a flatter edge design that looks like iPad Pro and iPhone 12.

The case of the watch will be slightly bigger, from 40mm and 44mm to 41mm and 45mm. Apart from this, the watch is expected to get a significant boost in battery life. However, there will be no new health features will be added.

Apple might launch the third-generation AirPods 3, but it’s not confirmed. It will be similar to AirPods Pro but without silicone ear tips. They won’t have noise-cancellation features. Batteries might be the same size as AirPods Pro.