Apple Event 2022 is finally here; now, finally, no more rumors and leaks about the upcoming Apple devices. The Cupertino-based company is showing a live video on its Website, Apple TV app, and YouTube Channel.

Well, after so many rumors, finally iPhone 14 series is launched along with the iWatch, and AirPods Pro second generation.

iPhone 14 brings “Emergency SOS via Satellite”, which will help you in situations where there is no network and wifi access. Find My App can be used to share locations via satellite. 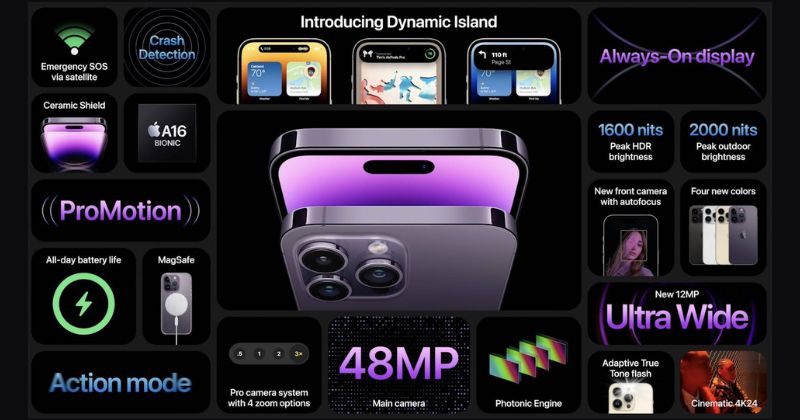 iPhones will be available in five different colors, including Space Black, Silver, Gold, Deep Purple, and Purple Pro. The notch bubble moves around and changes size depending on what’s going on.

While talking about the Camera, iPhone 14 and 14 Pro doesn’t have many hardware changes. However, there’s a big change in the camera sensor on iPhone 14 Pro and 14 Pro max. There is a new 48MP Sony-made 1/1.3-inch camera sensor. It will allow for 8K video capture with the main camera.

iPhone 14 and 14 Plus are similar to iPhone 13 design. The 14 and 14 Pro max are very different from its predecessor.

The new phones look much more modern as compared with the old models with display notches. 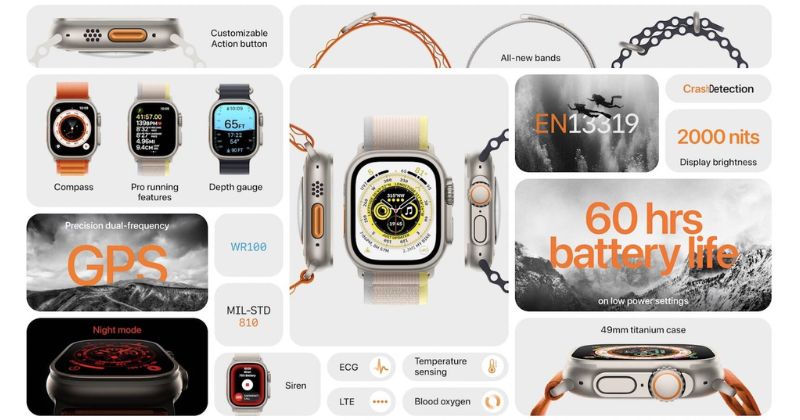 Apple Watch Series 8 is announced, which brings a new temperature sensor. The two new motion sensors detect if you’ve been in a severe car crash.

The company has launched Apple Watch Series 8, Ultra, and SE.

The price starts from $399 for the GPS model and $499 for the cellular model. It will be available from September 16.

The crash detection feature will only work while you’re driving. This feature will also be available on the older models running watchOS 9.

Apple Watch SE is priced at $249 for the GPS model and $299 for GPS+Cellular. The company has also announced the Apple watch Ultra which is priced at $799. You can pre-order now, and it will be available on September 23. 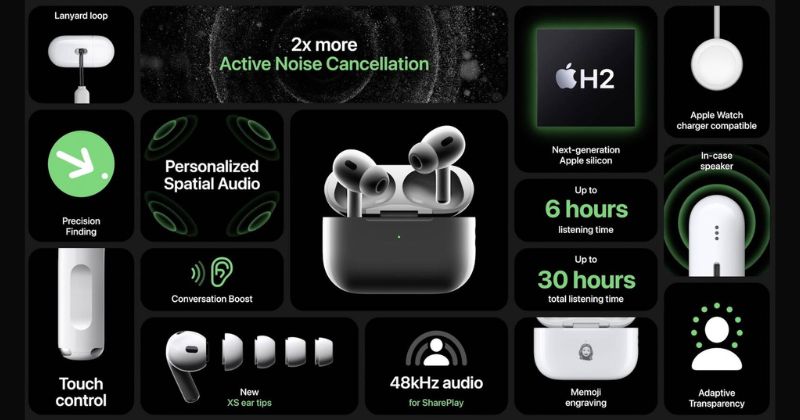 The new Apple Airpods Pro takes the Spatial audio to the next level. It created a personal profile for spatial audio depending on the size and shape of your head and ears using TrueDepth.

It brings the new active noise cancellation that reduces unwanted noise. H2 uses advanced computational audio up to 2x the amount of noise canceled over the original AirPods Pro.

It has a longer battery life of up to 6 hours of listening time with a single charge. There is a touch control with a capacitive sensing layer. One can adjust the volume up or down with a swipe.

The price of the AirPods Pro second generation is $249. The pre-order starts on September 9 and will be available on 23rd September.