Apple is already there in the gaming market with Apple Arcade. However, the tech giant is still away to enter the gaming hardware market.

According to the latest reports, an Apple patent reveals that the company is working on a Gaming controller. The patent reveals a total of three designs for iPhone and iPad.

The US Patent & Trademark Office and the European Patent Office have granted the patents related to game controllers by Apple. 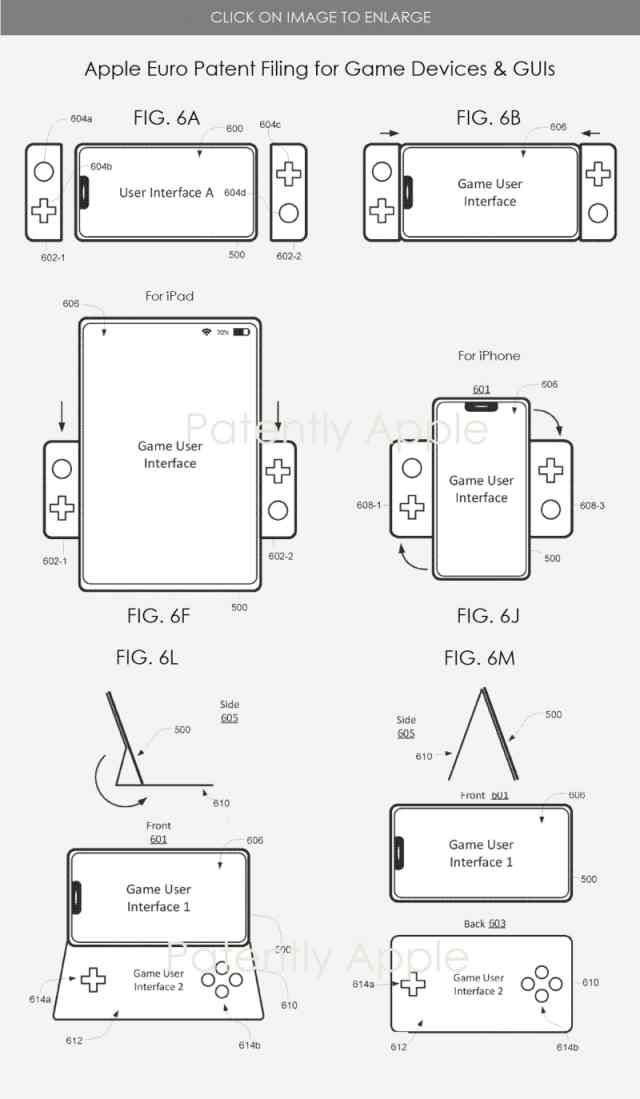 According to Patently Apple, the first patent was published on March 31, and the second was published on April 10. The first report was titled “Apple invents a variety of future Game Controllers that can be attached to iDevice.

The patent says the project is still in the experimental stage as the sketch hint at different types of controllers. One of the concepts shows an accessory similar to Nintendo Switch Joy-Con. The controller is separated into two parts and can be attached to the side of the device. It might work with both iPad and iPhone.

Another design found is exclusive to iPhone, which works as a foldable case with the buttons inside. The case will also have an in-built display to show game content or a touch keyboard.

The patent also showed a third game controller that will work with all Apple devices like iPhone, iPad, and Mac via Bluetooth. It will have a special switch to enable the gaming mode or can answer a call while playing the game.

This is not the first time rumors have arrived about Apple launching a game controller. Earlier in 2020, a tipster on Twitter also said that Apple is working on a joystick but after that, nothing came out.

What are your thoughts on this move by Apple? Do share it with us by commenting below.