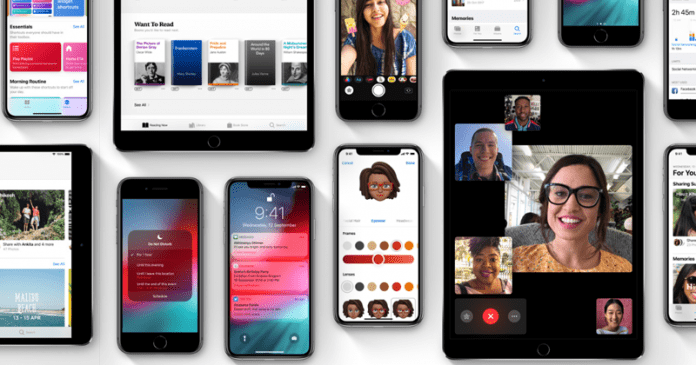 The tech giant Apple’s latest mobile operating system iOS 12 is available for iPhone, iPad and iPod Touch from this Monday (17). The system ultimately groups notifications from the same app; brings features to reduce smartphone addiction, and promises to accelerate older devices. In turn, watchOS 5 has been released for Apple Watch, as well as the tvOS 12 for Apple TV.

If you have iOS 11, then you can install the update for iOS 12: this is the largest handset base ever supported by the tech giant Apple.

So, if you are holding any of these iPhones then be sure to install the latest iOS 12 update on your iPhone, here are the compatible devices mentioned below:-

Basically, the all-new iOS 12 will be available for all the iPhones from the iPhone 5S to the latest one launched by the tech giant Apple recently. Moreover, this includes the iPhone SE, 6S Plus and iPhone X, along with the iPod touch as well.

As always, just go to Settings> General> Software Update and wait for the download. You can also download iOS 12 through iTunes on your computer. 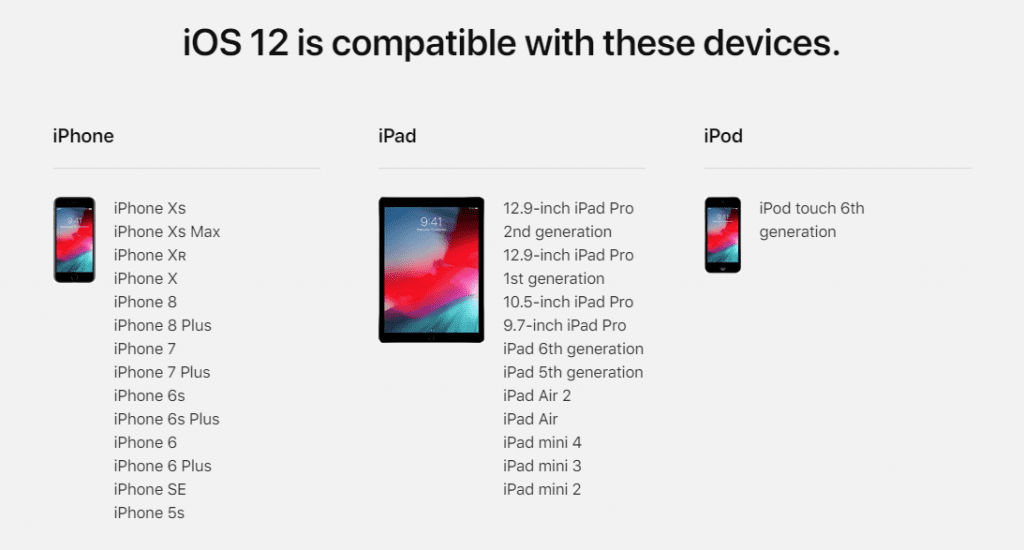 The tech giant Apple says that the all-new iOS 12 is focused on performance. Apps open up to 40% faster on iPhone 6 Plus (compared to iOS 11), and the keyboard appears up to 50% faster.

Notifications are grouped by app, including on the lock screen, allowing you to dismiss them at once. And Siri won Shortcuts for custom routines: for example, the “Shop” command opens your app from the grocery store.

An important novelty is in the features to lessen your iPhone addiction. Do Not Disturb mode hides notifications on the lock screen at night to avoid distractions. Screen Time shows how much time you spend on each application, and lets you put a usage limit per day.

In addition, the all-new iOS 12 brings the Memoji, custom form of Animoji; gestures from iPhone X to iPad, automatic password completion among others. Just do not expect to use FaceTime in a group of up to 32 people: the feature has been delayed for a future update.

The watchOS 5 is available to owners of Apple Watch. It features interactive notifications, Siri shortcuts, and Walkie-Talkie mode to send short voice messages.

The highlight, however, is for fitness features: it allows you to create weekly competitions between friends; has support for more types of physical activities such as yoga and trail; and automatically detects when you are starting or ending an activity.

The watchOS 5 is compatible with the Apple Watch Series 1, Series 2 and Series 3. The first generation of the watch (dubbed “Series 0”) will not be updated.

The tech giant Apple also released the all-new tvOS 12 recently which has as the main novelty the support to Dolby Atmos on the Apple TV 4K. The HomePod speaker, for its part, now allows you to initiate phone calls, set up more than one timer at a time, and access the Siri Shortcuts.