Apple announced its Worldwide Developers Conference on 6 June, where the company will unveil its Operating Systems development and also expected to reveal iOS 16.

In the event, Apple might also reveal its two new Macs which can be powered by an M2 chip and many more.

Apple is rumored to include new features like a change to notifications, new health-tracking features and improved user experience in the upcoming iOS 16. 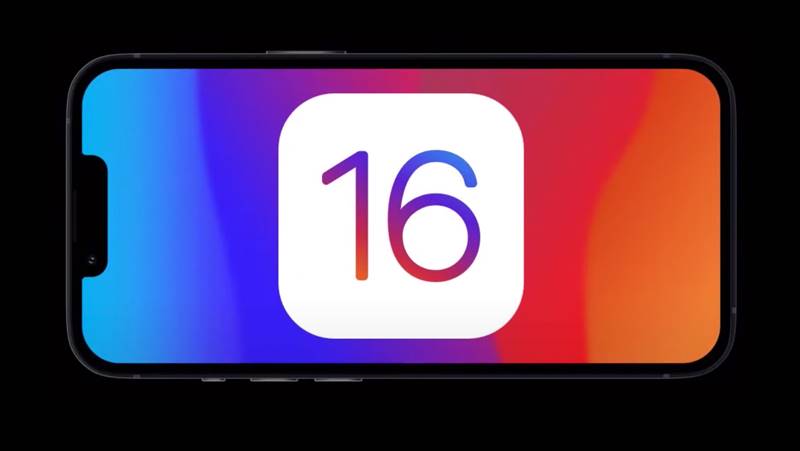 Here are all the details we know about iOS 16 including new features, release info and more based on all the latest rumors and leaks.

Some of the significant rumored features for iOS 16:

According to a report from Bloomberg, Apple will make multiple changes to the iOS 16 notifications system by introducing features like a new notification summary, a new clear all button, and more.

🔴EXCLUSIVE: iOS 16.
Be prepared for interactive widgets! Apple is now working on these “big widgets” internally named InfoShack.
Will tell you more about them soon. pic.twitter.com/GZF9zYjOsw

Apple’s Health app was pretty helpful for iOS users in recent years. Bloomberg’s report suggests that iOS 16 will also include new health-tracking features. Apple’s Health app is integrated with Apple Watch so this feature will link to watchOS 9.

A long-rumored VR headset from Apple might get a reference with iOS 16. Last year, Apple analyst Ming-Chi Kuo stated that we might see a headset in 2022. If this is accurate, We might see new VR and AR capabilities in iOS 16, like a new version of ARKit, including a collection of tools or other augmented reality apps.

Bloomberg reported another safety feature that would come with iOS 16. Emergency Satellite Communication will help when an emergency occurs somewhere and there’s no cell coverage, you can still make emergency calls or send emergency messages using satellites.

As Mac Rumors reported in 2021, the iPhone 14 could get a crash-detection feature where the device will automatically contact emergency services if it senses an accident. This new capability might get introduced in iOS 16.

Currently, you can’t clear all recent open apps with just one click like Android but iOS 16 may introduce a new clear all button to remove all recent apps.

No Redesign in iOS 16

According to Bloomberg, the iOS 16 will not deliver an “end to end redesign“. Apple has made some incremental changes to individual applications and interfaces of iOS 16 but not a complete redesign. The last time we saw a complete overhaul was only in iOS 7.

There might be a chance the iPhone 6s, iPhone 6s Plus, and the original iPhone SE from 2016 are losing iOS support with this release due to hardware capability. The iOS 16 would be capable of iPhone 7 to all later versions.

According to Apple’s previous events stats, they revealed iOS 15 in the event and they launched a beta version for developers just after the event’s keynote. Then, the company unveiled a public beta in July, and the final main release was placed in September with iPhone 13 launch.

So this might repeat again, We would see the Beta of iOS 16 after WWDC 2022 and the iOS 16 final version will release in September with iPhone 14’s launch.