Apple has recently launched iPad Pro powered by Apple M1 Chipset. According to the latest reports from Power On newsletter, the company is working on a revamped version of the iPad Mini that is expected to launch this year. The upcoming iPad Mini 6 might launch along with the Apple iMac larger-display model.

iPad Mini 6 with Revamped Design to Arrive This Fall 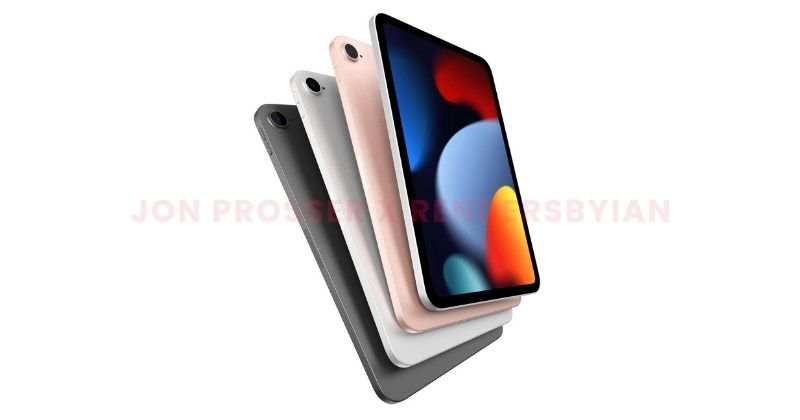 There are rumors that Apple will bring many changes to the iPad mini 6 to provide a fresh experience to the users. The changes might include thin bezels than the existing iPad mini model, removing the Home button, and more.

Mark Gurman from Bloomberg, in his weekly newsletter “Power On,” said this will be the “Biggest redesign” in the history of nine years of an iPad mini.

According to the leaked images, it is claimed that the iPad Mini will have a small difference of 3mm from the current model. It will be 206.3mm x 137.8mm x 6.1mm in dimensions. There are three color options available Silver, Black, and Gold. Touch ID will be in the form of a power button sensor, and the lightning port is switched to a USB-C port.

The tech giant might bring a new Apple pencil version of the iPad mini 6 with a small design. It is said that the new model is a 5G version with an A14 processor.

Nothing much is revealed regarding the iPad mini 6, but we can see the new iPad sometime in October if everything goes well.

Apple is going to launch a new iMac with a 24-inch display. The new model might have a 27-inch screen or bigger and powered by M1X or M2 chipset.

The company is not only redesigning the iPad, but it has also revamped its MacBook and iMac devices with new designs and adopted Apple Silicon chips.