Apple Is The Greenest Tech Company In The World

After being voted as the most innovative company in the world, the tech giant of Cupertino continues to be in the spotlight and raise distinctions.

For the third consecutive year, the tech giant Apple was considered as the world’s most “green” technology company, according to a Greenpeace ranking.

In terms of results, the tech giant Apple was able to guarantee the final grade “A” and scored 83% in the clean energy index. 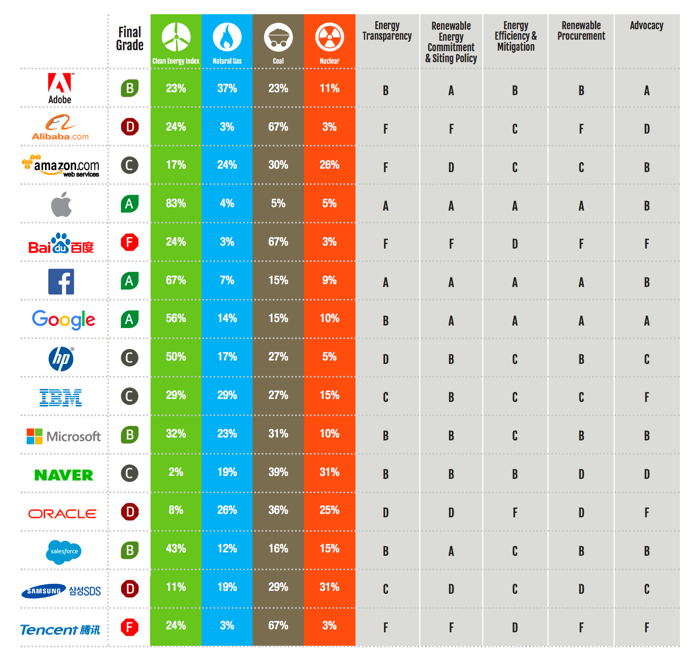 Netflix is also one of the companies that have stood out from the technological panorama but leaves much to be desired. Unlike other video streaming platforms, Netflix does not often send data on power consumption, greenhouse gas emissions, or the types of power it consumes. In terms of final classification, the company of the streaming only obtained “D” like final classification.

It should be noted that the classification awarded by Greenpeace goes from A to F, with A being attributed to the most environmentally friendly and F being the least ecological. So, from above list, it is clearly visible that the tech giant Apple is the clear winner.