After a long wait of months due to repeated delays, Apple has finally launched MacBook Pros which will be powered by the new M2 Pro and M2 Max chips.

With the upgradation in chips, these MacBooks come with up to 96GB of RAM, support for 8K external displays via HDMI, faster Wi-Fi 6E, and some more new features, so let’s discuss all details below. 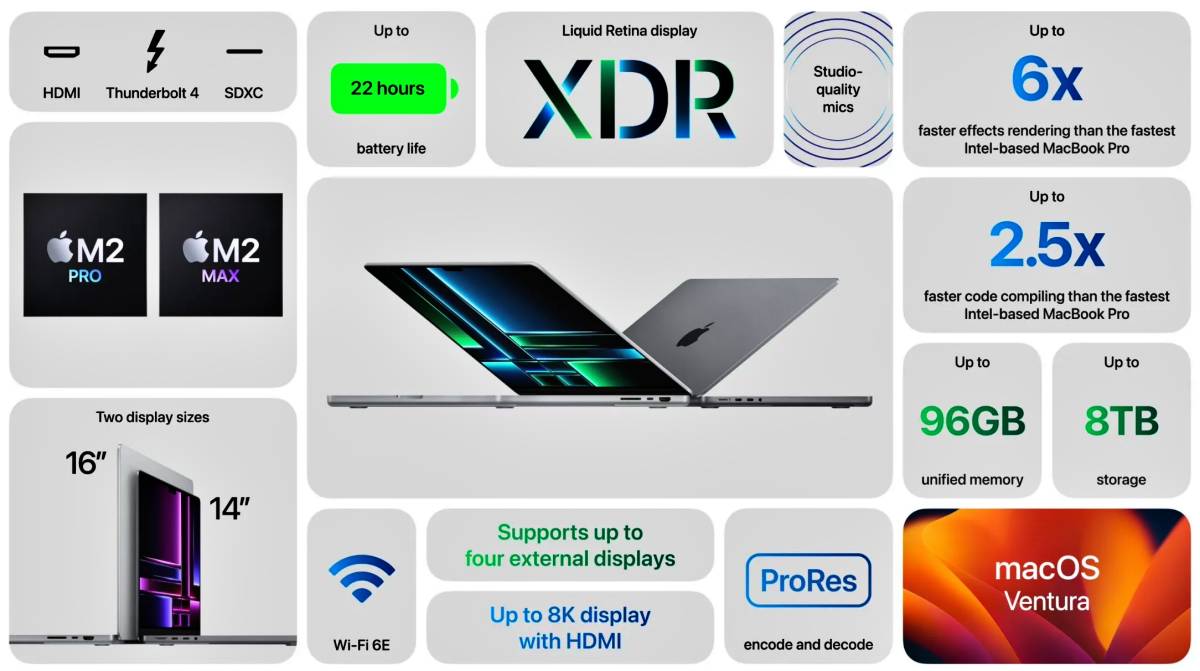 Firstly let’s talk about the M2 Pro chip’s performance. While the new M2 Pro chip has a 10-core or 12-core CPU, and it offers around a 20% performance boost in comparison with the M1 Pro chip.

Besides, this chip has 19 GPU cores which are able to deliver around a 30% performance boost in graphics, and also, the Neural Engine is 40% faster than before with this chip.

And the M2 Max chip features an enhanced 12-core CPU (eight high-performance and four high-efficiency cores), and it also has a 38-core GPU. With both, it offers a 20% performance boost compared to the M1 Max chip.

Both new MacBook Pro models support Wi-Fi 6E, whose leak came out yesterday, and it allows faster wireless connectivity and lower latency over the 6GHz band, while in the previous MacBook Pro, it was only limited to 5GHz bands.

Apple is accepting orders for new 14-inch and 16-inch MacBook Pros at Apple’s online store. Still, Apple will start shipping them out, and availability at Apple Stores locations will begin on Tuesday, January 24.