We all know very well that the tech giant Apple introduced the iPhone X in the keynote of last September 12, which debuted a new design within Apple products. However, recently, a designer imagined the iPhone X’s notch on other products and it looks absurd.

VIDEO: What If Apple Would Make Everything Bezel-Less?

The edge-to-edge, or front-of-the-screen, screen displays are in vogue, from the most expensive to the cheapest smartphones, and the trend is to broaden that philosophy.

Following this line of imagination, how would the range of the tech giant Apple’s products if Apple applied the iPhone X design?

The iPhone X, introduced in the keynote of last September 12, debuted a new design within Apple products. The OLED screen occupying almost the entire front face of the handset along with the new Face ID and its TrueDepth camera brings a new criterion in terms of design. 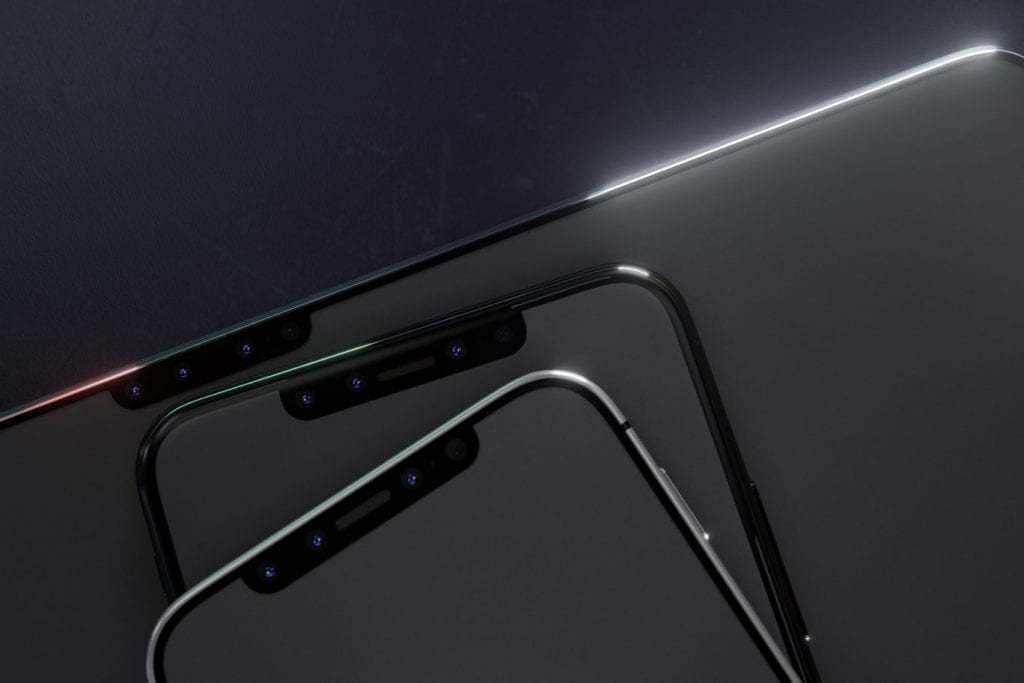 Considering the possibility of Apple extending this new design to the rest of its product range, the company CURVED/labs elaborated some concept model of what could the iPad, MacBook, iMac and Apple Watch with the line of the design of the iPhone X look.

Apple is in the habit of opening a particular feature on a product, if successful, bring that “evolution” to the rest of its range, if applicable. That’s how it was with Slide to Unlock, with Touch ID, with 3D Touch and with other features that are currently extended to various company products. 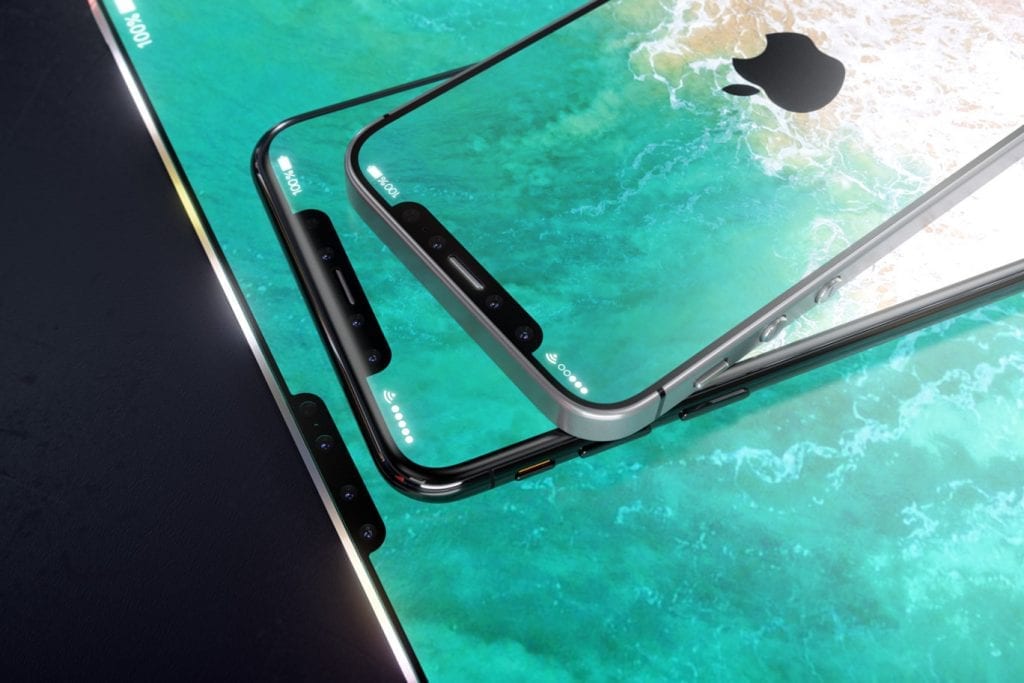 In the case of the iPhone X, the most striking and emblematic features that may be present in other Apple products in the future are undoubtedly the Face ID and its set of TrueDepth sensors and the OLED screen that fills the entire front face of the iPhone.

CURVED/labs proposed an Apple Watch concept with Face ID, OLED screen to occupy the entire face and the “notch” present on the iPhone X where the cameras and sensors are housed. This could not make less sense.

Apple’s major products, Apple Watch is one of those that almost excuses the application of Face ID, considering that it already comes equipped with a “heart rate reader” that identifies the user. In addition to this, it is not very logical to apply a face reader on a clock, it would be very little ergonomic. 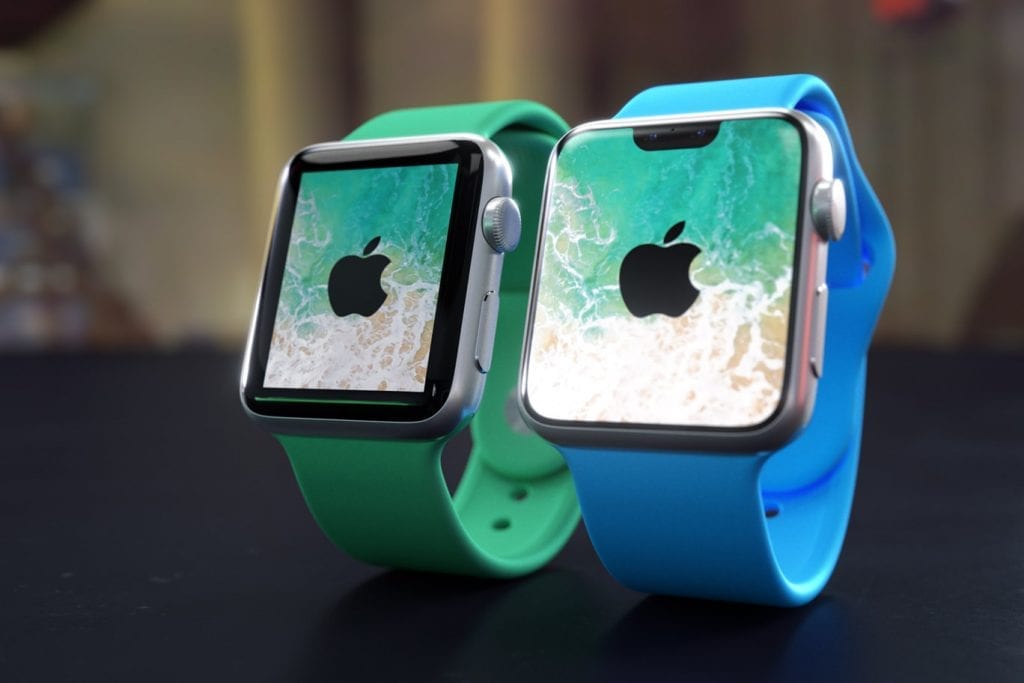 As for the OLED screen occupying the entire face, this is very likely to occur in the future, and currently, Apple Watch already has a good ratio in that requirement.

Adding Face ID to iPad Pro is much more likely to happen. As with the Touch ID, the iPad will certainly be the next device to receive that capability. In the concepts developed by CURVED/labs, the iPad again contains the “notch” of the iPhone X and, again, does not make much sense. 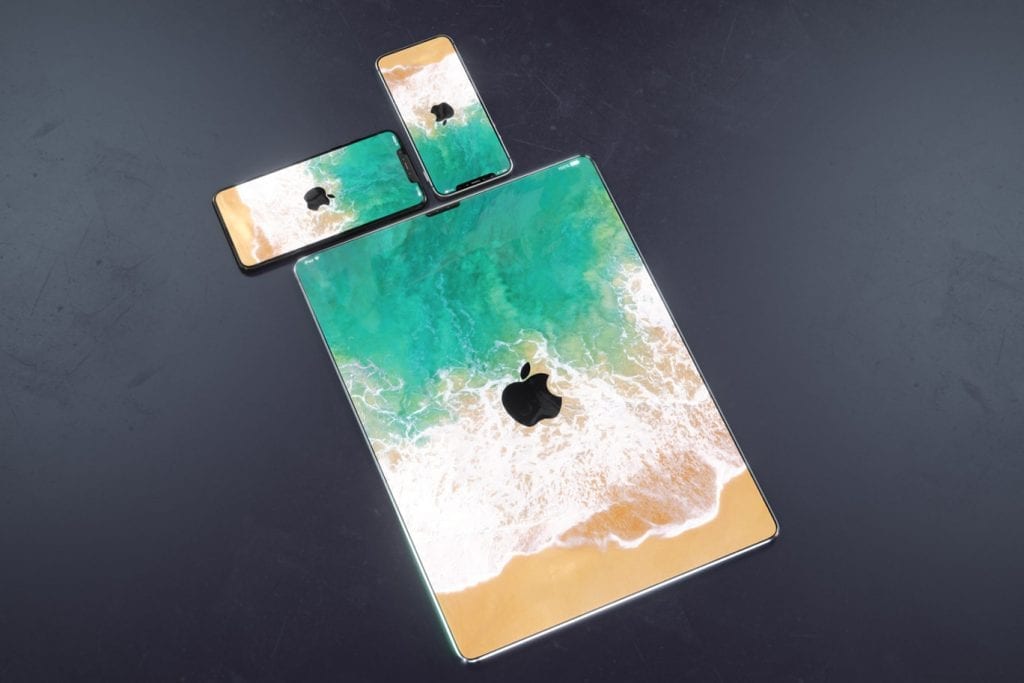 In a device with the megalomaniac size of the iPad Pro, it is not expected to require this adaptation in the equipment, leaving only a small margin in one of the edges of the front face, where would be placed all the sensors and chambers necessary for the operation of the equipment and the Face ID. 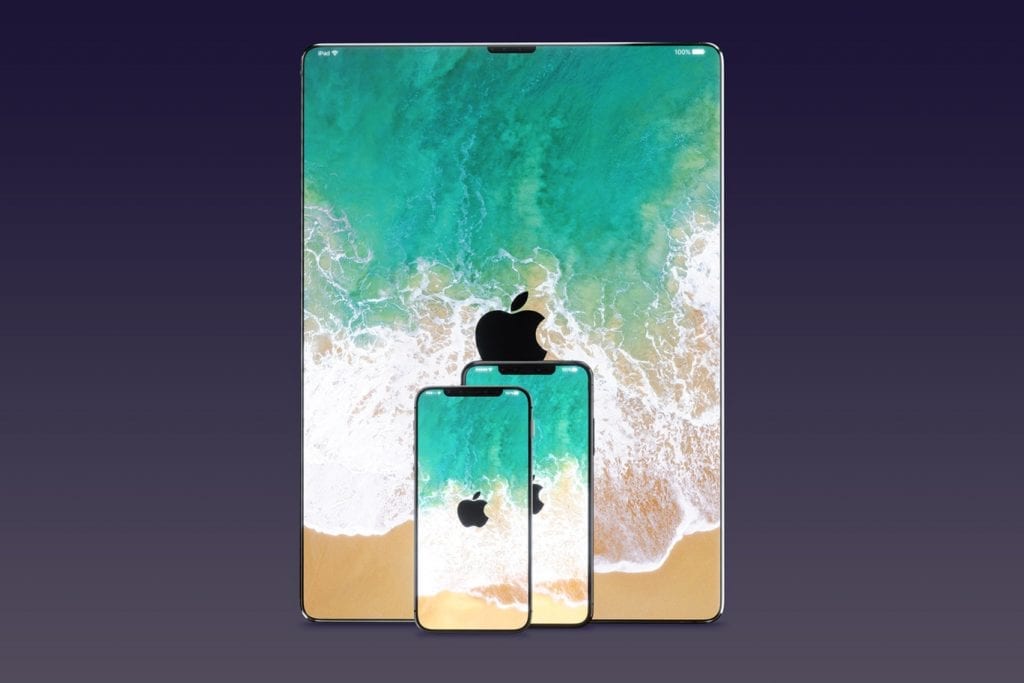 As for the Apple, MacBook and iMac computers, it is expected that they will be presented with the addition of Face ID in their next generations. It would be an extremely useful capability and with the apparent ease of implementation. 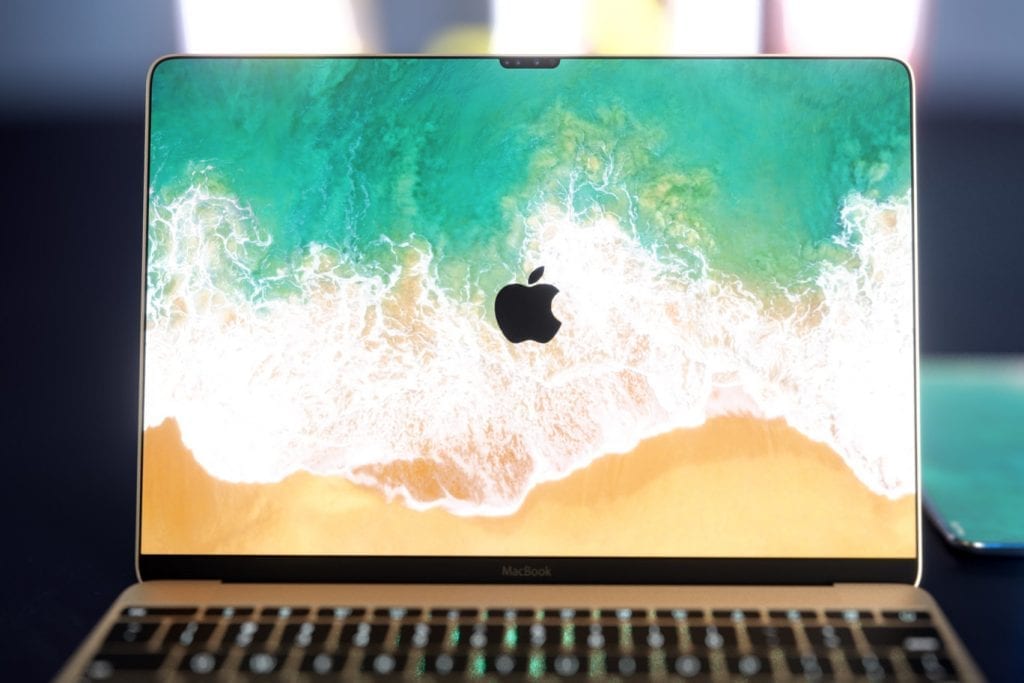 Once again, CURVED/LABS was too surrealistic and ambitious in its concepts. The company suggests that Apple would put the TrueDepth camera in a “notch” identical to that of the iPhone X, which is absurd given that both computers have a free margin under the screen, it would not make sense to implement a “notch” with the TrueDepth camera on this equipment. In addition, the “notch” that hosts Face ID requires an OLED screen and this is not very common on computers, at least for now. 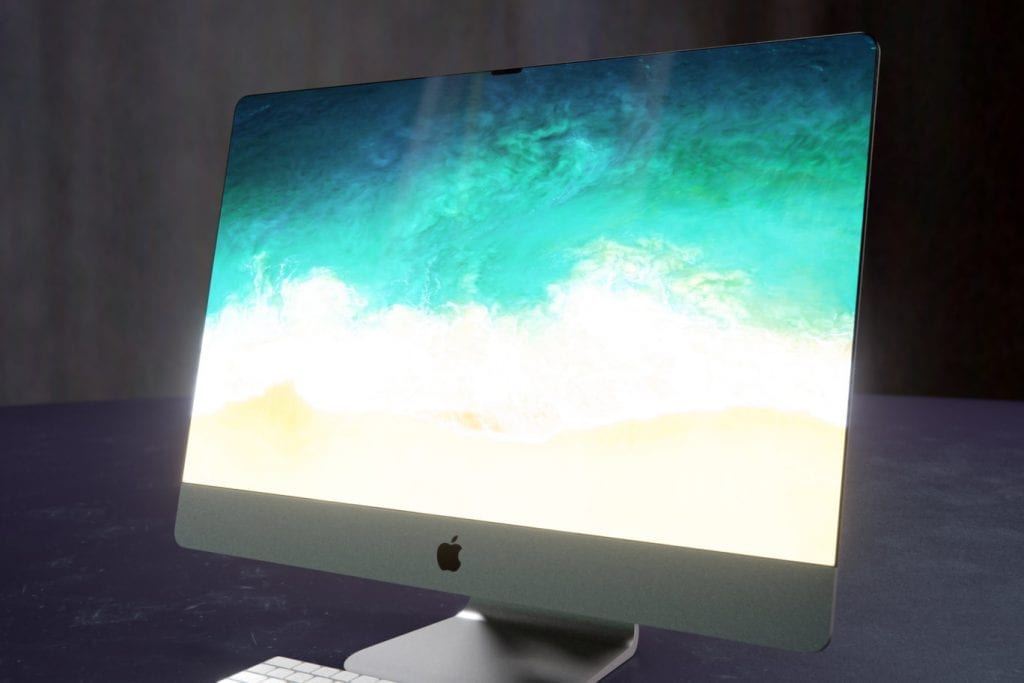 Apple, when implementing Face ID on their computers, should opt for something like Microsoft’s Windows Hello, placed in the area where the webcam is typically located. 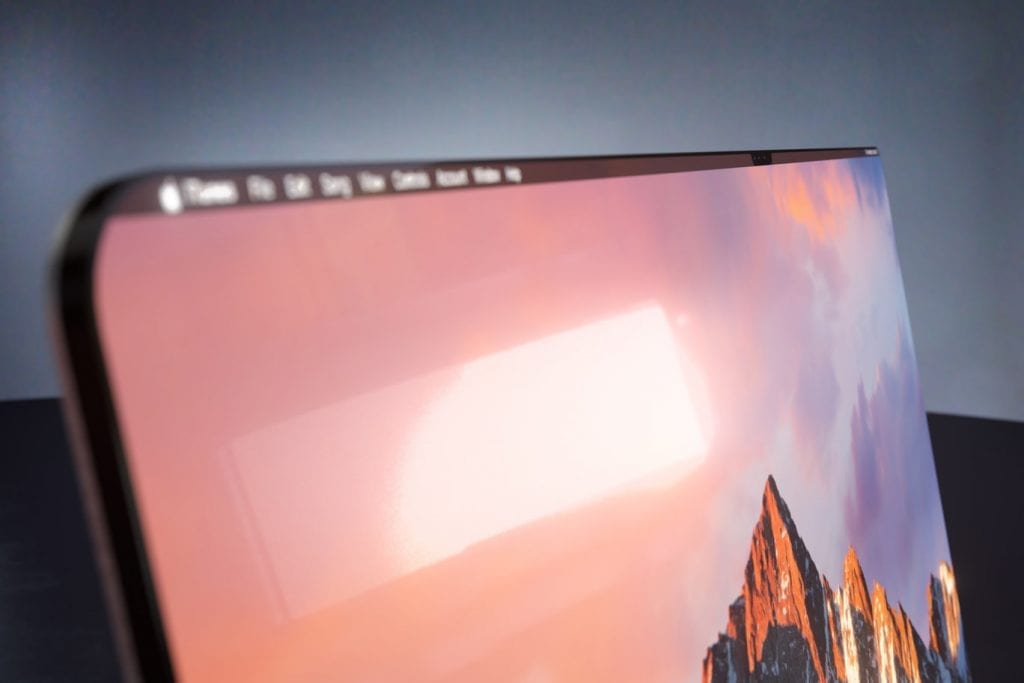 These concepts developed by CURVED/labs, although somewhat unrealistic, show what could be the current of the next generations of the various Apple products. Even though some design mistakes have been made, these concepts demonstrate what Apple will most likely be in the future: increasingly shrink the frames around your equipment screens and extend Face ID to more devices.