The Apple Music subscribers can stream music on the latest gaming console, just like Spotify, which is already available on PS5. While playing games, you can play the audio in the background. 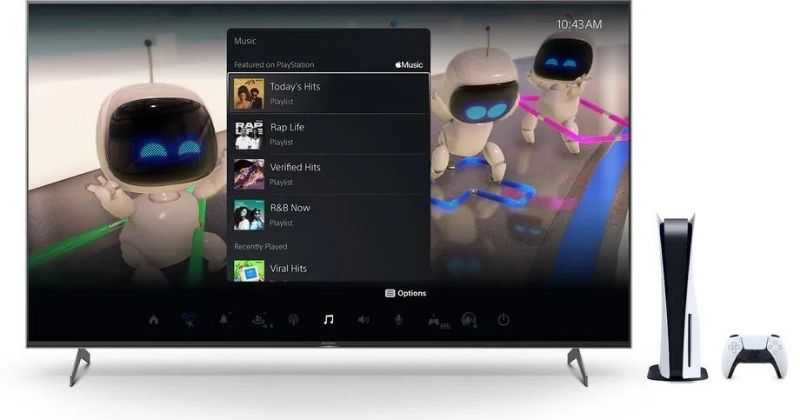 Earlier this month, there were rumors of Apple Music coming to Sony’s new-gen console. Now, the news is confirmed by Sony with the post on the official Playstation blog.

In the blog, the company says,

“Subscribers can access a catalog of 90 million songs, playlists from their own library, and curated gaming playlists”.

This is the second big partnership of PS5 with an Apple Service. Last year, the next-gen gaming platforms by Sony and Microsoft were launched with the Apple TV Plus app. However, Sony offered six months of free members of Apple TV Plus to PS5 owners.

The gamers who have subscriptions to the Apple Music app can use it. There are more than 90 million songs, thousands of playlists, music videos in 4K, and an Apple Music Radio.

The players can listen to music as a primary activity, or can play it in the background, or can play their own music while playing games. On the DualSense controller, press the PS button, it will let you select the “Music Function” card, where you will see recommendations for music.

The regions that support Apple Music on PS5 are Australia, Belgium, Brazil, India, Italy, Japan, the US, UK, France, Germany, UAE, and more. For more details, you can check out the blog post by Sony.