With each passing year, Boston Consulting Group, one of the world’s leading consultancies, unveils the list of the most innovative companies in the world.

1# Providing news on the market as fast as possible.

#2 Investments in the research and development department.

#3 Use of technology platforms.

For the 11th consecutive year, since 2004, the tech giant Apple was considered as the most innovative company in the world. Compared to 2015, the second and third position remain Google and Tesla Motors. 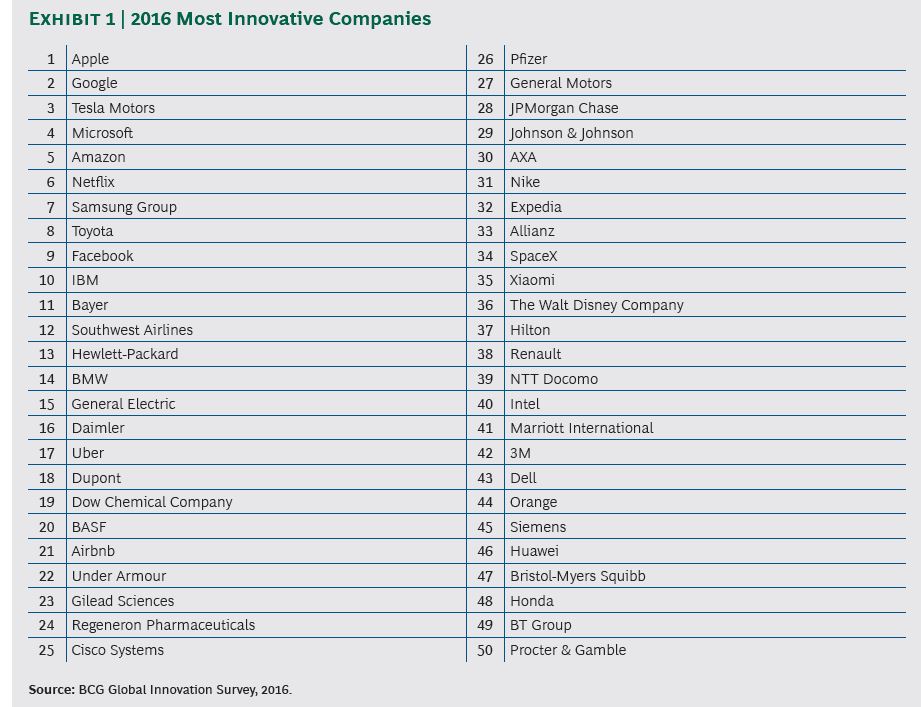 The South Korean giant Samsung, which ranked fifth in 2015, moved to the seventh place, outperforming Amazon and Netflix. Also note for Facebook that had a giant rise, being now in the 9th position (a rise of 19 positions) compared to 2015.

Of the 50 companies, 34 are from the United States, 10 from Europe and 6 from Asia. Xiaomi and Huawei occupy positions 35 and 46, respectively.