We all know that the Internet access control policies in China are very restrictive and always seek to avoid access to information from outside the country. Hence, the Chinese Government ordered the tech giant Apple to remove all the VPN applications from its App Store in China.

Internet access control policies in China are very restrictive and always seek to avoid access to information from outside the country. The latest move banned the use of VPNs, and the tech giant Apple has now taken a step towards implementing that solution by removing VPN apps from the Chinese version of the App Store.

The Chinese government had recently issued orders to the country’s ISPs and several companies to ban the use of VPNs, thereby limiting access to and controlling information.

This order must have been implemented immediately, but it opened the door to other measures that needed to be implemented. This step has now been taken, with the tech giant Apple removing these applications from its App Store in the Chinese territory.

This is being communicated to app developers, alerting them to the need to comply with the tech giant Apple’s rules, which prevent the presence of applications that go against local policies in each country. 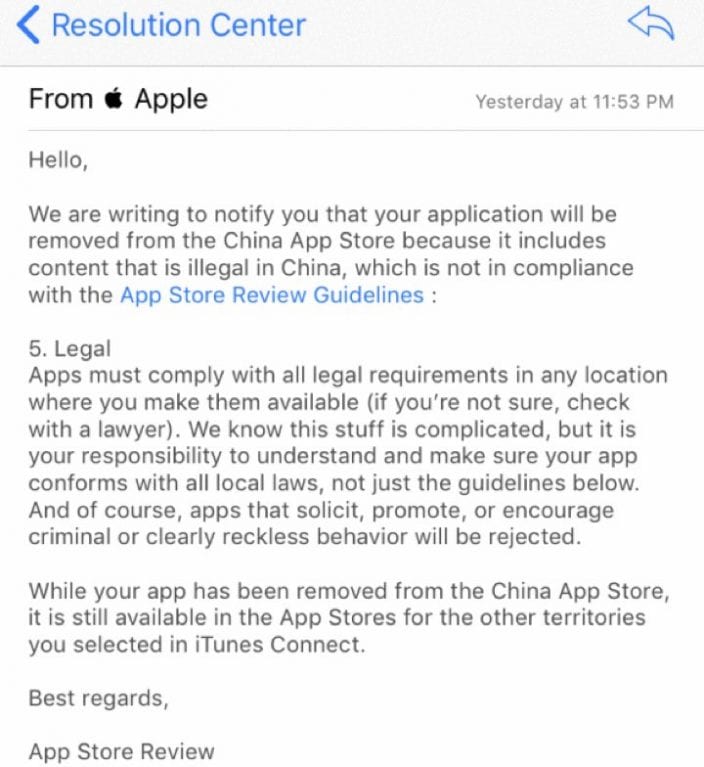 Of course, this measure is not being welcomed by the companies that offer this service, accusing the company of supporting Chinese censorship agents and blocking access to freedom of expression. The tech giant Apple has so far not reacted to this allegation and has not provided any information on the action taken.

There is no information yet on whether this step was also taken on Android since the tech giant Google application store has no presence on the Chinese territory.

So, what do you think about this removal of applications from Apple’s App Store? Simply share your views and thoughts in the comment section below.