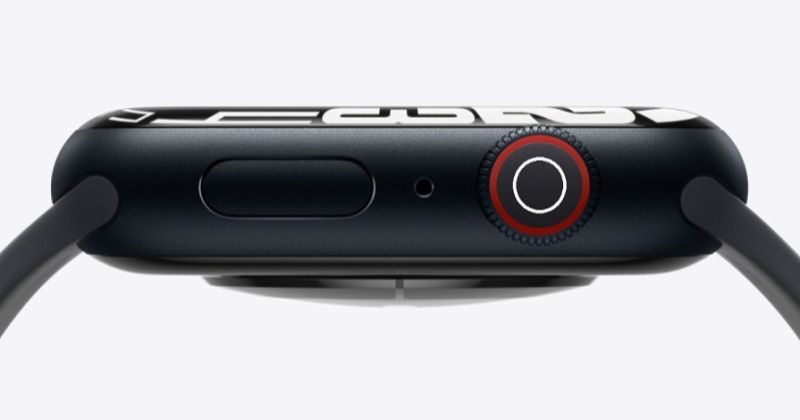 Apple is experimenting to integrate cameras into the future Apple Watch. The latest Apple Patent shows the idea to insert a camera in the digital crown.

With this in-built camera in the watch, users can snap photos on their wrist by pointing the digital crown towards the subject.

The brand is giving tough competition to Samsung Galaxy smartwatches. The recent Apple Watch Series 7 has a lot of features, and the new patent shows an in-built camera in the watch. 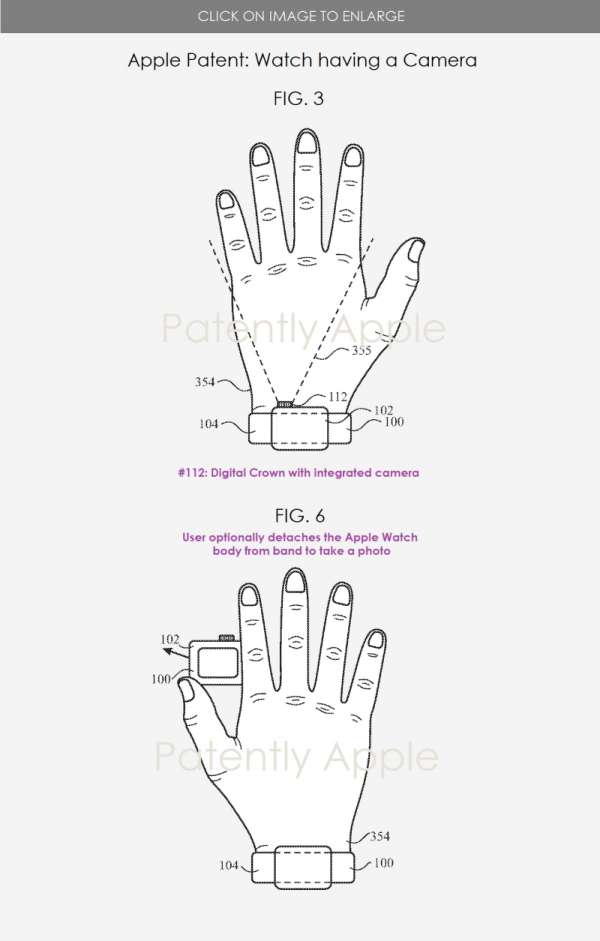 Also, the user can remove the watch from the wrist along with the band while you take a picture. There is a feature where the digital crown camera would have a light emitter to illuminate a scene while taking photos.

This can work for both a camera flash and physiological sensing to get better lighting in the images.

If the Apple Watch gets a camera in the digital crown, it will likely get FaceTime support. It looks like the camera will be only for photos or videos. But if it gets support for FaceTime, then it can be the reason to use iPhones.

This might not be a necessary feature for normal users, but after this, you won’t need to take out your iPhone every time to click photos.

Since it’s just a patent, there are high chances of getting many changes in the watch. The design might turn into reality very soon as the original inventor of the Apple Watch digital crown is in the patent listing.

However, this idea isn’t new; earlier in 2019, Apple patented a watch band to add a camera to the watch. Integrating a camera on the band improves the issue of taking photos in a proper angle frame from the wrist.