Apple officially revealed the next generation of its very own Apple Watch series, called the Apple watch series 5. The new model looks a lot similar to its predecessor, Apple watch series 4; there are no significant changes made in its design and size.

However, a new feature is introduced and that is an always-on display mode so you can twist your wrist and see the time on the screen or any other notification and activities, this feature was implemented on users’ demand since Apple watch made its first debut in the year 2015.

The features of the next-gen Apple Watch 5

Moving towards the specifications, the all-new apple watch has an 18-hour battery life which is similar to that of apple watch 4. The always-on display that stays in low-brightness until you move your wrist towards yourself to see the screen.

This is possible because of the new low-temperature polysilicon and oxide display and low-power display driver. Apart from that, WatchFaces and workouts get a redesign to utilize the latest display option fully.

The material that is used to make the Apple watch series five is recycled aluminum and titanium. However, stainless steel and ceramic options from the previous models are also kept as an option. 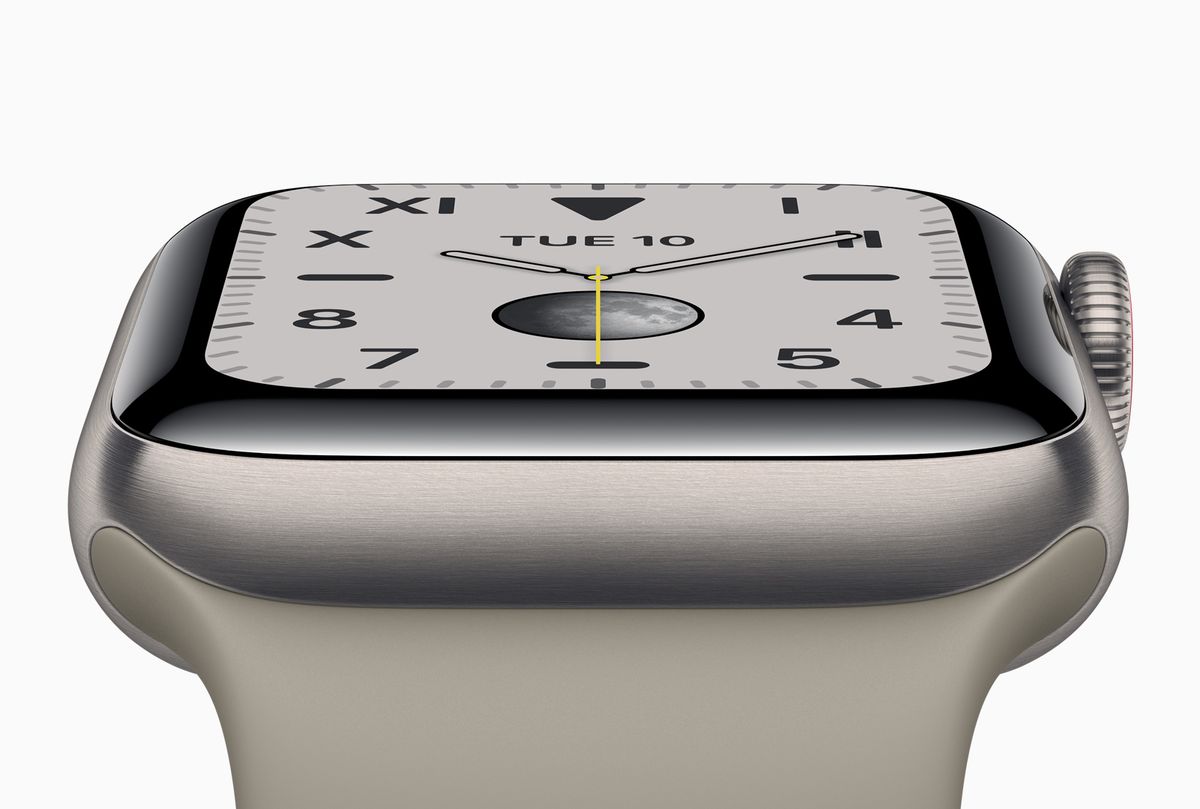 Another revamped and new feature is a built-in compass and emergency calling for international countries. As per the leaks, there was supposed to be a first-party sleep tracking feature, but there was no announcement made related to this.

With these features, the Apple watch series 5 will cost you 399$ for the GPS model and $499 for the cellular model. You can order yourself an Apple series 5 watch from their official website, though, it will be available in stores from 20th September.

If $499 apple watch is out of your budget, you can go for the Apple watch series three as it has got a huge price drop and is now available for $199.