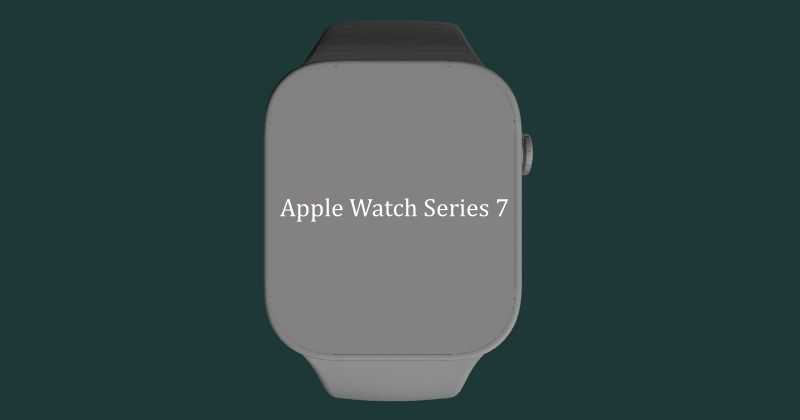 Apple is expected to bring iPhone 13 Series next month along with Apple Watch Series 7. Every year, the company’s hardware event happens in September. According to the latest reports, the Watch Series 7 CAD renders have revealed few details ahead of the launch.

A tipster named Jon Prosser has shared details of the Apple Watch Series 7 in May, and now the new renders say that the Watch will continue to have a square-shaped dial.

According to 91mobiles, the changes in the upcoming Apple Watch bring high-resolution CAD. The leak suggests that the company is overhauling the design. The Watch 7 will be having a flat-edged design instead of rounded edges. It is said that the watch will have a design similar to iPhone 12 series and the new iPads.

Apple Watch 7 will have a user-replaceable silicone strap. On the right side, there is a crown and flat buttons. On the left side, there is a pair of slits for speakers. And on the rear side, the device has some sensors like heart rate.

Moreover, the Apple Watch 7 will have a 1.8-inch display. It might have a new display with slim bezels. The upcoming watch might offer health-tracking sensors. There are some rumors that the next-gen Apple Watch will have a new lamination technique that brings the display near to the front cover. It will also support ultrawideband (UWB) connectivity that allows connecting to Apple’s ‘Find My Network.’

This is the first time that the Apple Watch is redesigned truly. However, back in 2018, the company increased the size of the device with Series 4, though it wasn’t really a big change.

Apple Watch Series 7 will be able to consider louder sounds than previous models. However, it is still not clear if Apple has any other plans. All these details are according to the leaked render; the company has not confirmed anything yet. So, wait for the official launch and the confirmation.