Last year Google announced a feature during Google I/O 2021. The new security feature is now rolling out where Google Assistant in Chrome can automatically change your stolen passwords.

The Google Assitant uses “Duplex on the Web” technology that has the capability of changing passwords in Chrome for Android.

Duplex is a term for technologies that handle multi-step tasks on your behalf. Earlier is known for automated phone reservations at restaurants. Later, the search giant introduced Duplex to purchase movie tickets and order food on the phone. 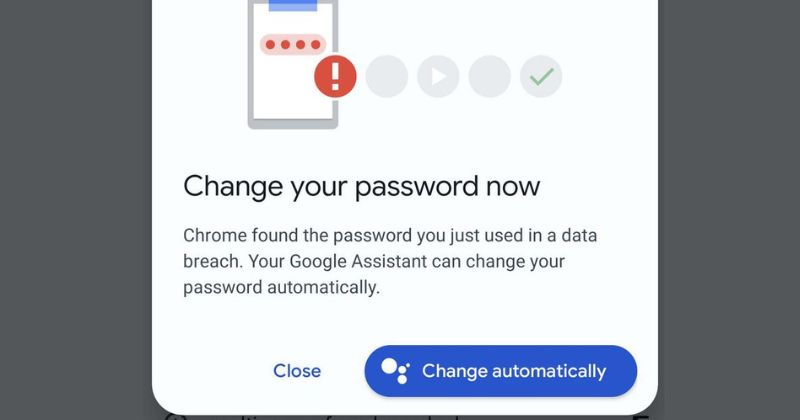 A tipster, Max Weinbach, posted images on Twitter that show Google Assistant on Chrome asking permission to automatically change the password. If it detects that the password is leaked through a data breach, this prompt will appear on the screen.

The user will be asked for a confirmation to allow the Assistant to change the password. Then you will be transferred to the affected website, and then you need to manually enter a new password or can use the suggested password by Chrome manager.

As we mentioned, Google announced this feature last year at an event. With a single tap, Duplex technology lets you change the password. The company also said that users can manually go through the entire process.

However, as of now, this feature is only compatible with a few sites. Google has not yet published the requirements for websites that support auto-change.

The users can manually trigger a password check by navigating to Chrome settings >> Passwords. It will also show the blue Assistant-branded “Change Password” button for login credentials.

Extensions on the Chrome Web Store show Featured Badge or Established Publisher badge. These badges cannot be purchased by the developers. They can only receive it after submitting a request and getting verified.