Those days are gone when texting seemed to be a tedious task. Thanks to the thousands of different emojis and stickers available on messaging apps, texting nowadays is full of fun. Emoji is a new way to express ourselves to other people.

However, not every app comes with emoji support, and it’s always best to have an emoji-supported keyboard app. If we search for the emoji app for Android on the Google Play Store, we will find hundreds of them. But, not all of them are effective.

Below, we will be discussing everything about the best emoji apps for Android. You can use these apps to chat with your friends or family via social networking sites like Twitter, Instagram, Facebook, etc. So, let’s check out. 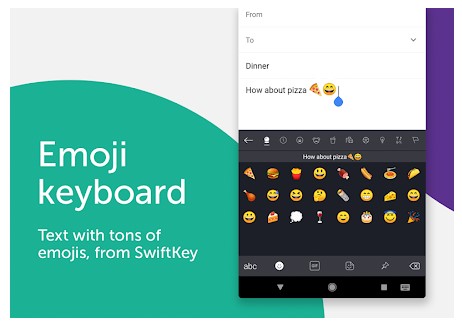 SwiftKey Keyboard is the best app if you want to enjoy emojis on your Android smartphone. It is an Android keyboard app that comes with lots of emojis.

The app allows users to use emojis on almost every platform, including social networking sites. The app has many advanced features like flow-typing, spell suggestions, dictionary word suggestions, and much more. 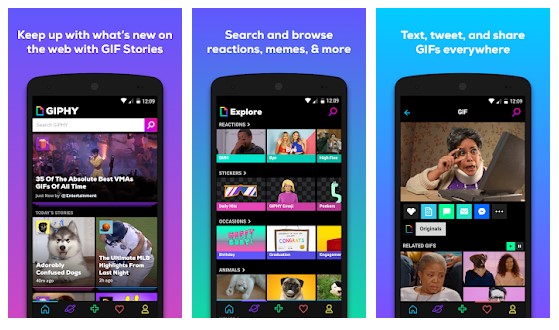 Moreover, if you don’t like any of the emojis available on the app, you will also get an option to create your own emojis. The app is compatible with almost every popular platform like Facebook, Instagram, WhatsApp, etc. 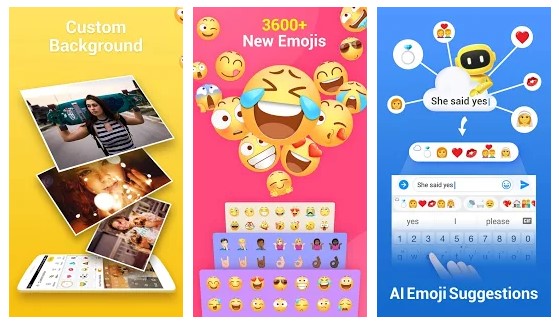 If you are searching for a free and fully customized keyboard app for your Android device, then Facemoji Emoji Keyboard might be the best pick.

Guess what? Facemoji Emoji Keyboard offers you over 3600+ emojis, cute stickers, emoticons, GIFs, fonts, etc. You can utilize those elements while chatting on your favorite app. 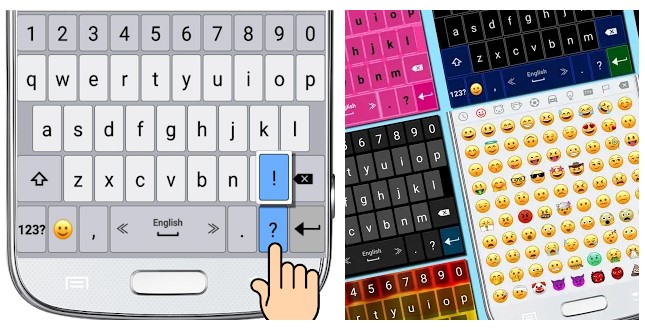 Although not very popular, Emoji Keyboard is still one of the capable Android keyboard apps that you can use today. The keyboard app lets you access thousands of emojis for your personal use.

What makes Emoji Keyboard useful is that it enables you to use emojis on several popular instant messaging apps like WhatsApp, Viber, Snapchat, etc. 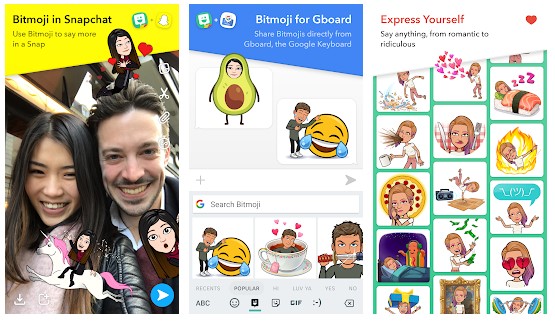 Bitmoji is another exciting app available for both Android and iOS users. The app allows users to create their own personalized and unique emojis.

Not only these, but the app also allows users to use those emojis in different messaging apps like Facebook, Twitter, Instagram, Snapchat, and much more. Overall, Bitmoji is one of the best emoji apps for Android that you can use. 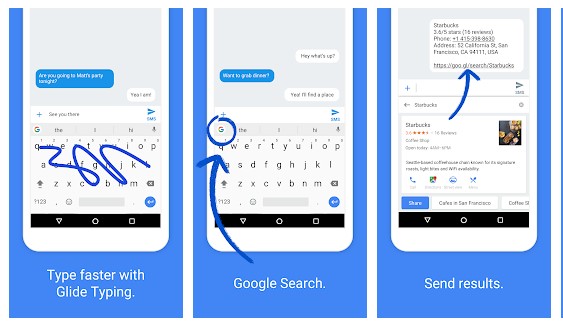 Gboard from Google is one of the keyboard apps for Android available on the Google Play Store and it supports emojis. The app is known for its clean interface and never fails to deliver a better keyboard typing experience.

The app also has a feature called Emoji Predictions that suggest relevant emojis as you start typing the text, and it will automatically suggest the correct emoji. Gboard also has support for Gestures, and it comes with some unique themes. 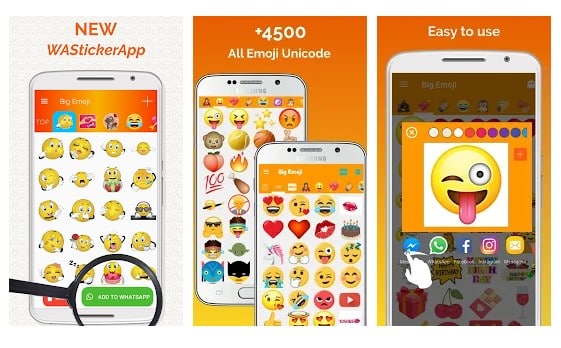 Well, Big Emoji is another best Android emoji app on the list which you can use today. The great thing about Big Emoji is that it offers users over 5000+ awesome emojis from Unicode.

What’s more interesting is that Big Emoji is compatible with almost every major instant messaging app, like WhatsApp, Messenger, etc. 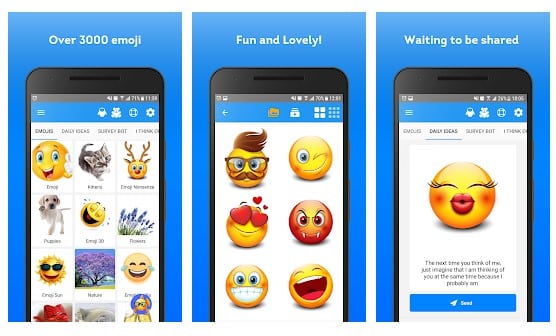 Elite Emoji is slightly different from all others listed in the article. It’s a full-fledged emoji app for Android that offers over 2000+ high-definition emojis and stickers.

The app lets you send high-definition emojis with a single touch in WhatsApp, Messenger, Instagram, and other instant messaging apps. 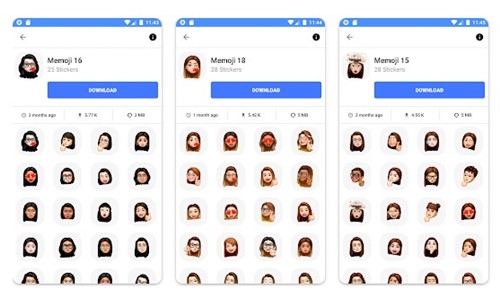 Memoji is very similar to the Bitmoji app we have listed above. However, unlike Bitmoji, which offers you individual customization options, it only brings a set of emojis. You need to pick the one that looks like you.

You can use this app to install 3D Memoji sticker packs on your WhatsApp. The app lets you choose from over 500 different stickers, and it’s pretty easy to use. 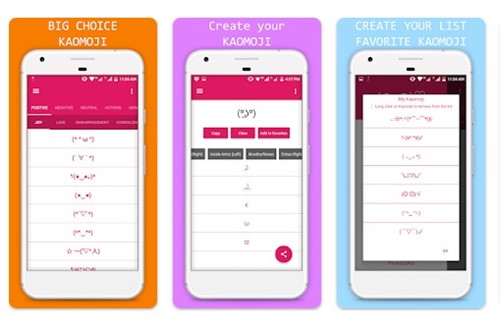 Kaomoji is a Japanese-style emoticon that uses Japanese characters, Latin letters, and punctuation marks to represent facial expressions. So, this is not an emoji app; it just brings Japanese emoticons to your smartphone.

Using the app is also pretty straightforward; you just need to select the Kaomoji you want to use, tap on it to copy it to your clipboard, and then paste it on apps or websites. Overall, Kaomoji is another best emoji app that you can consider.