We all know very well that Gaming laptops are used to be the least respected. However, today I will present Top 5 Gaming laptops from CES 2017 that will change your mind.

If we talk about the Gaming laptops, then we all know very well that they are used to be the least respected. Many were much more expensive than comparable to desktop gaming platforms, despite having poorer performance and less flexibility. Worse yet, many were only name-branded laptops, with large bodies and some of the worst design elements taken from the teenage science fiction fantasy book.

But in recent years, we have seen a constant stream of improvements that also up to the point that even serious gamers also no longer have their look on those ugly and bulky laptops. However, this year at CES 2017, we saw the next step in evolution, with much of that progress towards thinner and more attractive gaming notebooks with better performance at a very good price.

While if we talk about the GPUs which is an essential thing in the computing world, then Nvidia made one of the most important announcements at CES 2017 was the incorporation of the GeForce graphics card line, with its long time talked GeForce 1050 and 1050Ti GPUs. As I told you that this series had been talked about quite a bit for months, but finally now we have the first official lineup of GeForce 1050 laptops.

Today I will present Top 5 Gaming laptops from CES 2017. So, now let’s get started:- 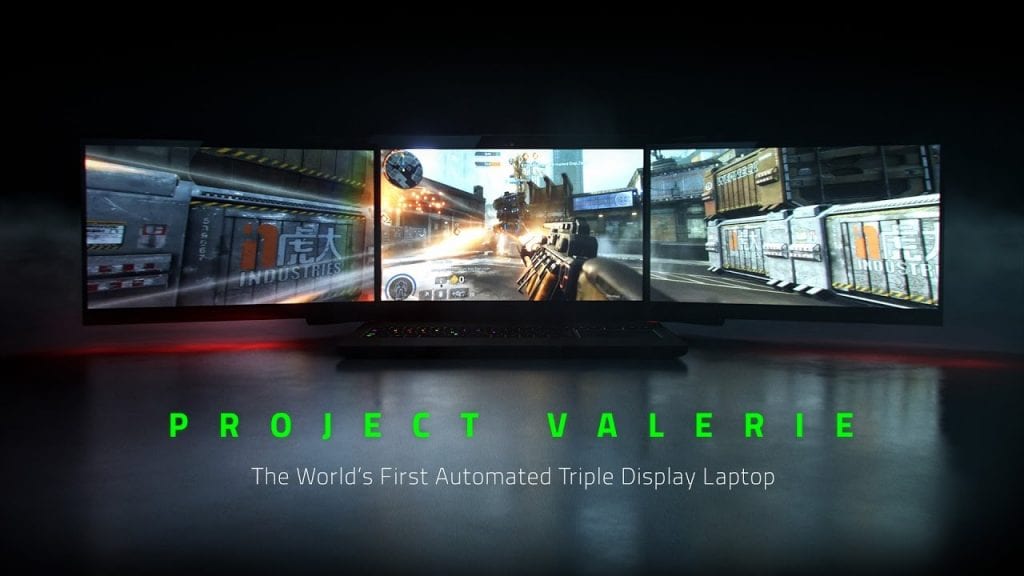 The Project Valerie of Razer, it is the world’s first automated triple display laptop with eye-popping 4K displays which has two additional display of 17-Inch each which were simply remains hidden behind its main screen. However, the idea, of course, is to make the player have richer experiences in first person games or race simulators.

While Dell leads the way with its Inspiron 15 7000. As it is clearly visible that it is a bit more stylized than its other Inspiron series laptops and only that as it also uses the new Intel 7th generation CPUs along with the Nvidia’s new GeForce 1050 GPU. Guess, what could be the price tag? This beast will just cost you $799.

Some of these brands may sound new; that’s because they are. But, this year, the Chinese multinational technology company Lenovo introduced the Legion, a new brand of gaming laptops. So, Lenovo named them by the ancient Roman legions while on the other hand, the South Korean tech giant Samsung named its first gaming line laptop Odyssey. So, now with the HP Omen line and the Acer Predator line, we have a huge variety of gaming machines with very epic names to choose from.

We all know that Acer has a very similar configuration in its Predator VX 15 for the same US $799, but, hold on both the Legion Lenovo Y520 and Samsung Odyssey 15 will be also available at approximately for the same price. These are general specifications which are little below what is needed for VR, but improved systems with the GeForce 1050Ti can work for some games and virtual reality applications.

Last but not the least, till we have much talked about gaming machines or laptops which are under $1,000. But, if we talk about the Acre’s Predator 21X then definitely it will make us leave all those laptops behind we talked about. As this year, Acer finally debuts Predator 21X world’s first curved screen laptop and not only that is a huge $9,000 gaming laptop or we could say that it is a beast and really it is a beast.