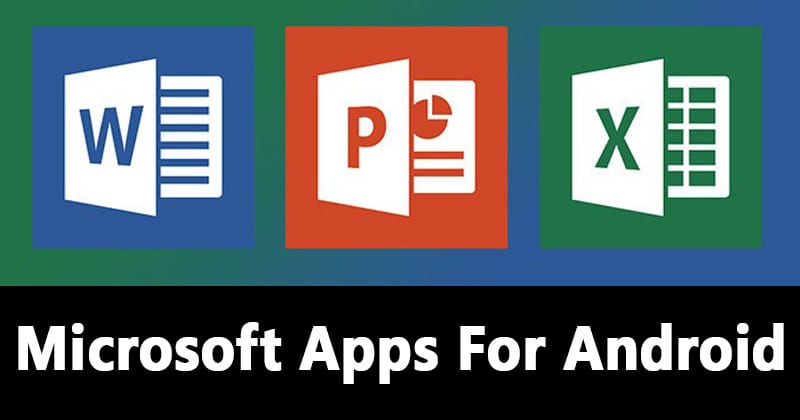 Checkout the collection of 25 best android app 2019 that has been developed by Microsoft to make android device more reliable and user friendly. These are the best apps so far from Microsoft for Android users that you will love to try in your android device

[dropcap]M[/dropcap]icrosoft is the best and the largest software development company for very long time and no one has still reached that level to compete with it. Although the Microsoft has excelled in everything related to the software, applications for various OS still there is one place where it has not gained much fame i.e Android. In case of Android, which is the best OS for smartphones, Microsoft has also taken up the part to make some applications for this platform. Microsoft is greatly known for the quality of the Windows software and applications, and for Android also it has made some great apps too. As it has not gained much fame for its Android apps, many of the users might not be knowing about this app. So in order to let you know about the best android apps from the Microsoft, we have listed and discussed the best apps from Microsoft for Android.

These are the best apps so far from Microsoft for Android users that you will love to try in your android device, So have a look on apps below.

The mobile version of very famous and excellent software for Windows i.e Microsoft Office Mobile. You can view, make minor changes to the documents of Word, Excel, Powerpoint files directly on your mobile through this app.

Organize your notes and make them arrange like a book, you can also make notes of text, pictures, audio etc on this app. Although there are many great note making apps for android like Evernote but still for moderate users this app will play up the job very well.

This is a type of lock screen app with which you can easily see your notifications and dismiss them directly on your locked screen. Although there is a great competition for this type of app but it still stands hard in the crowd because of its features and good performance.

This is really great type of app that is made for Xbox owners, by using this app you can control your Xbox directly through their Android device and you can also control menu’s, play games, watch movies etc. This is an important app for those who are using Xbox and I recommend you to try this amazing creation by Microsoft.

A very good alternative to the Apple Siri that can help you to control your android through your voice only. You can use it to give up many commands for several tasks to your Android. This also includes many features and settings to modify up the functions.

Also Read: 8 Awesome New Android Apps You Should Check Out

This is the app that you can use to search on internet using Bing search engine and not only that but you can also use this app to find up the nearby restaurants, gas stations etc. Using the inbuilt barcode scanner of this app you can compare the price for products from major online stores.

This is the lite version of the very famous spreadsheets software for Windows PC. Although this app is not that much functional but still you can do up the most of the tasks really well, using up the tablet it works much more nicely.

Using up the traditional Google style keyboard on your Android may not give you that much great look and flow while writing up your texts. To overcome these things, the users most likely change their default keyboards with the third-party apps. Hub Keyboard is the one of the best replacement for the default Android keyboard.

This is really amazing app as by using this app, you can overcome the linguistic barrier or communication barrier easily. You just have  to write or speak something in your own language and then this app will help you to convert your inputs into some other language. You can translate your language with up to 50 other languages and you can also make up real-time conversations through this app.

Also Read: Best Calling Apps for Android You Must Have In Your Phone

Create up the smooth videos or convert your existing videos to smooth videos with this app. This app makes its users to convert and shoot the time-lapse videos in a very smooth way out.

Also Read: How to Create Fake Blue Screen of Death In Window

Now you do have an Microsoft Excel app but you might need to use some great functioning keyboard to make up the projects done fluently and smoothly. The default keyboard of Android might not be as great for using Excel app, so this Keyboard for Excel makes it very easy to work on the Excel projects.

Also Read: How to View Call Statistics for Each Contact On Your Android

This is such a useful app that you should also have on your android. This app connects your all the Email accounts, calendar and files etc at one place and hence helps you to manage and view these all in a one single place. You can connect Gmail, Outlook, Yahoo etc and some other major social networks too.

Also Read: How To Remove Background from any Image in Android

Use this app to trim, enhance the various documents and also to convert some images to PDF, Word and Powerpoint files. All these things can be done using this one single app that is the master of the documents available on your Android.

Also Read: How To Add Guest Mode Feature In Any Android

Using this app you can easily control your PC from anywhere in the world and you can also Mirror your Windows screen on the Android. You just need to connect to the internet connection and you can easily do this by using the app.

Another lock screen app for the Android made by the Microsoft.

Same type of app like that of SmartGlass that you can use to control your Xbox from the Android screen.

Best type of calendar app that can connect with your Google calendar, Exchange etc to give you the most updated data related to the events and whats happening in your life.

Amazing alarm app for your device that can help you to perform many functions and create reminders etc.

Free Cloud storage providing app with which you can store your data on the cloud servers.

Also Read: Best Paid Android Apps You Must Have In Your Smartphone

Microsoft Kaizala is a new mobile app that makes it easy to communicate and get work done out in the field. With Kaizala, you have access to the tools you need to stay informed and be efficient. Kaizala makes it easy to get announcements from the main office, send feedback via polls or surveys, or simply chat with others 1:1 or in groups.

Microsoft To-Do is a simple and intelligent to-do list that makes it easy to plan your day. Whether it’s for work, school or home, To-Do will help you increase your productivity and decrease your stress levels. It combines intelligent technology and beautiful design to empower you to create a simple daily workflow.

With this app, you can search & transport yourself into fun & inspirational scenes using Microsoft Face Swap app. Free, no ads, just face swap. Just take a selfie, choose a scene from your camera roll or the web, and swipe through your results.

Microsoft Selfie is a selfie and photo-enhancement application available on Android, iOS, and web. Backed by computer vision technology, Microsoft Selfie intelligently consider age, gender, skin tone, lighting and many other variables – all with one click.

Path Guide is a completely map-free, infrastructure-free, plug-and-play indoor navigation service. It exploits the ubiquitous geomagnetism and natural walking patterns to guide users to destinations along a path collected by an earlier traveler.

So, these were the best applications that have been made by Microsoft, most of them are made for business purposes. If you are considering to get up some great apps for your business purposes and finding them for your Android then we would say that no app could be as better than that of Microsoft. Apart from business apps, there are some other types of apps too from the giant producer Microsoft. Check out and try the best apps for android made by Microsoft from those that are listed above. 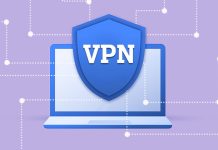 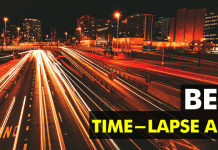 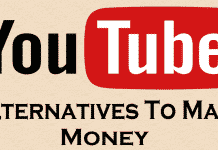 WhatsApp To Rolling Out Its Most Requested Features of This Year

How to Enable 4K Cinematic Mode on iPhone 14