So, today we are presenting a list of the TOP 10 most popular programming languages in 2016, according to IEEE. 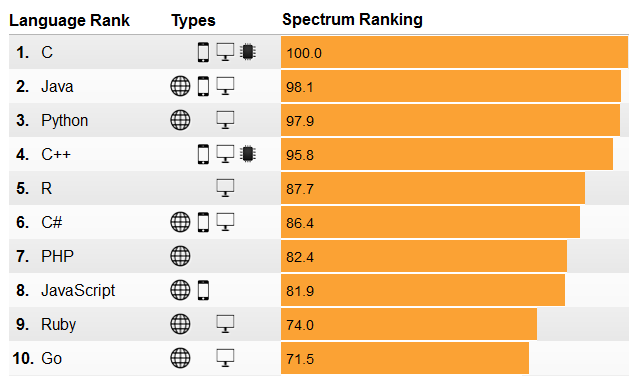 To prepare this ranking, the information which was used actually taken and examined from the various sources, such as Google Search, Google Trends, Twitter, GitHub, Reddit, etc.

Currently, programming language C is one of the most used programming languages in the world, while it is implemented in most of the operating systems, hence it is like general purpose, which is very flexible. It is widely used for the development of desktop applications, such as the popular graphic editor GIMP.

Here is a further list of the popular programming languages:-