Just like desktop computers, we all can surf the internet through smartphones. Since we all use the internet, it becomes more than essential to have proper internet data & speed monitoring apps.

Data usage monitoring apps for Android allow users to manage internet data effectively to avoid extra usage charges. On the other hand, internet speed test apps can help you know whether your ISP is cheating on you with low internet speed.

If you use the internet for video streaming, high-speed internet is a must-have thing. So, in this article, we have decided to share a list of the best WiFi speed test apps for Android.

It’s worth noting that these WiFi Speed Test Apps will test the WiFi Speed and check the speed of the mobile internet. So, let’s explore the list of best internet speed test apps for Android. 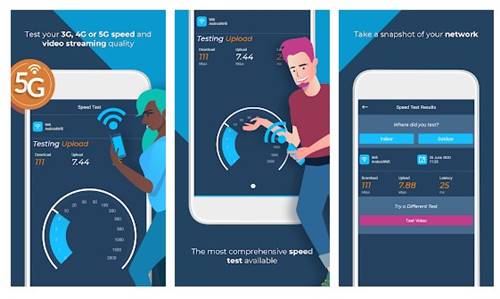 If you are looking for a free and lightweight app to check mobile connectivity and network signal speed test app, look no other than Opensignal. OpenSignal offers you many different options when it comes to the speed test.

It can run a 5-second download test, 5-second upload test, and a ping test to provide accurate speed test results. It can test 5G, 4G, 3G, and WiFi network speed. 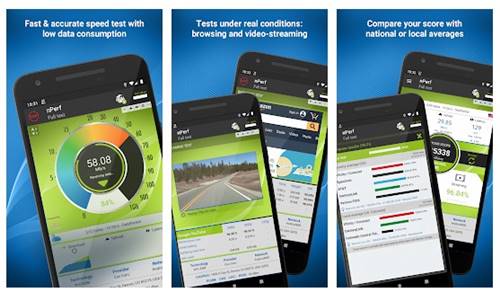 nPerf is for those searching for an app to test bitrate speed, latency, browsing speed, video streaming speed, then look no other than nPerf.

With nPerf, you can test the speed of your 2G, 3G, 4G, 5G, Wimax, WiFi & Ethernet speed test. Overall, this is a great speed test app for Android. 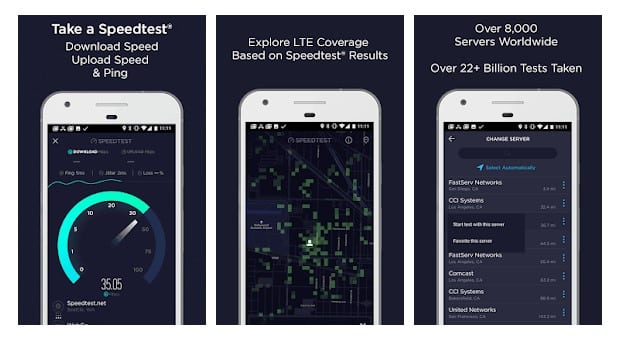 The good thing about the app is that it shows all parameters of your internet speed, including the downloading, uploading speed, and ping rate. It also shows real-time graphs of internet speed consistency. 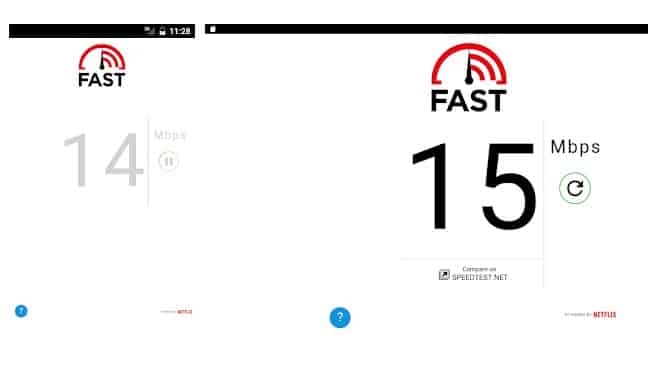 It is another excellent Android app that can test both WiFi and mobile data speed. Netflix, Inc. developed the app, and it’s the best speed test app you can have on your Android.

The app interface is pretty simple, and it just shows the download speed. You can also access the advanced section to know the upload and ping. 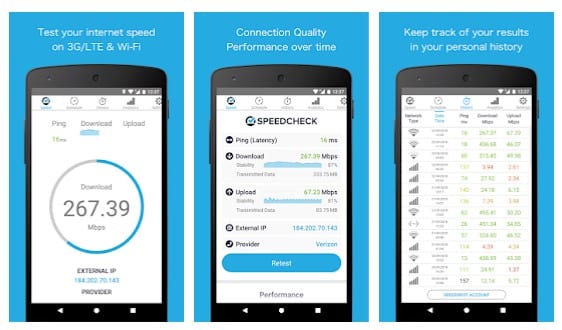 If you are searching for an Android app to automate checking the internet speed over time, SpeedCheck might be the best pick. 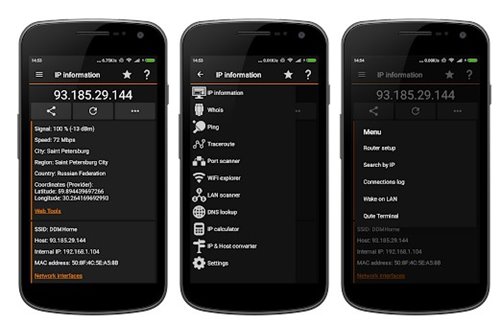 IP Tools is a set of tools meant to detect network problems and boost network performance. In addition, it offers many powerful networks tools for speeding up and setting up networks.

You can easily run a speed test on both mobile and WiFi connectivity. It also shows you the devices connected to your WiFi network. 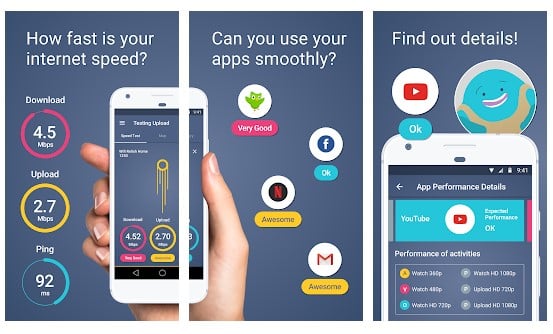 If you are willing to check which apps have consumed the internet or how apps have performed with the current internet speed, then Meteor might be the best pick for you. Meteor performs more tests like playing a video, downloading files, uploading files, etc. 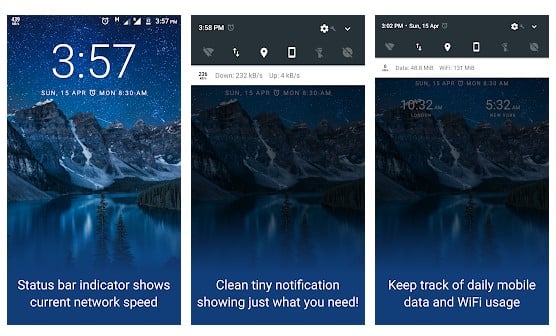 Guess what? NetSpeed Indicator can show you both WiFi and mobile data speed. Not just that, but the app also adds a real-time internet speed meter right on the status bar. 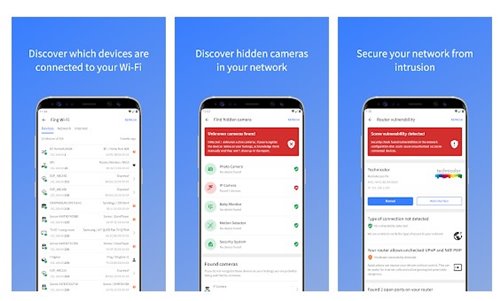 Fing – Network Tools is one of the best top-rated network analyzer apps available for Android smartphones. Over 40 million users right now use the app to optimize their WiFi network.

With Fing – Network Tools, you can run WiFi and cellular internet speed test. It shows you both download and upload speed along with the latency. 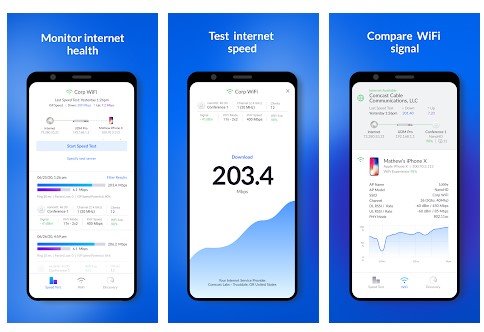 WiFiman is an app mainly used to detect available WiFi networks and Bluetooth LE devices. You can even use this app to scan network subnets for additional details on detected devices.

If we talk about the speed test, the WiFiman app allows you to conduct download/upload speed tests and compare network performance over a period.

You can use these free apps to test the speed of your WiFi network. If you know of any other such apps, let us know in the comment box below. I hope this article helped you! Please share it with your friends also.