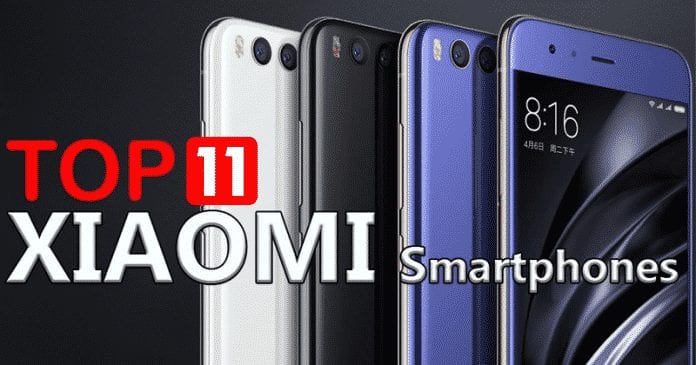 The Chinese smartphone manufacturer Xiaomi is mainly well-known for its affordable smartphones with great features, which makes it one of the most important smartphone brands in the smartphone market; not only that, even with its strong strategy, Xiaomi is also competing with historical brands such as Samsung and Huawei.

It has won its place not by offering only affordable price ranges but also by opening dozens of physical stores and, evidently, with the unquestionable quality of its smartphones, which are considered among the best in terms of value for money.

It means there are many possibilities if you wanted to buy a Xiaomi smartphone. However, we have to keep one thing in mind: some of their devices are not officially sold in our country, of course, India, for now. As in this article, we have created a list in which we have compiled the 11 best Xiaomi smartphones that you can buy.

List of 10 Best Xiaomi Smartphones That You Can Buy

As a well-known Chinese smartphone manufacturer, of course, I am talking about Xiaomi has a mobile catalog for everyone. In addition to the entry models to the flagship models, everything you will get is at a very affordable price, and it does not mean that the brand may compromise the quality due to its affordable price. So, now without wasting time, let’s explore the list we have mentioned below. 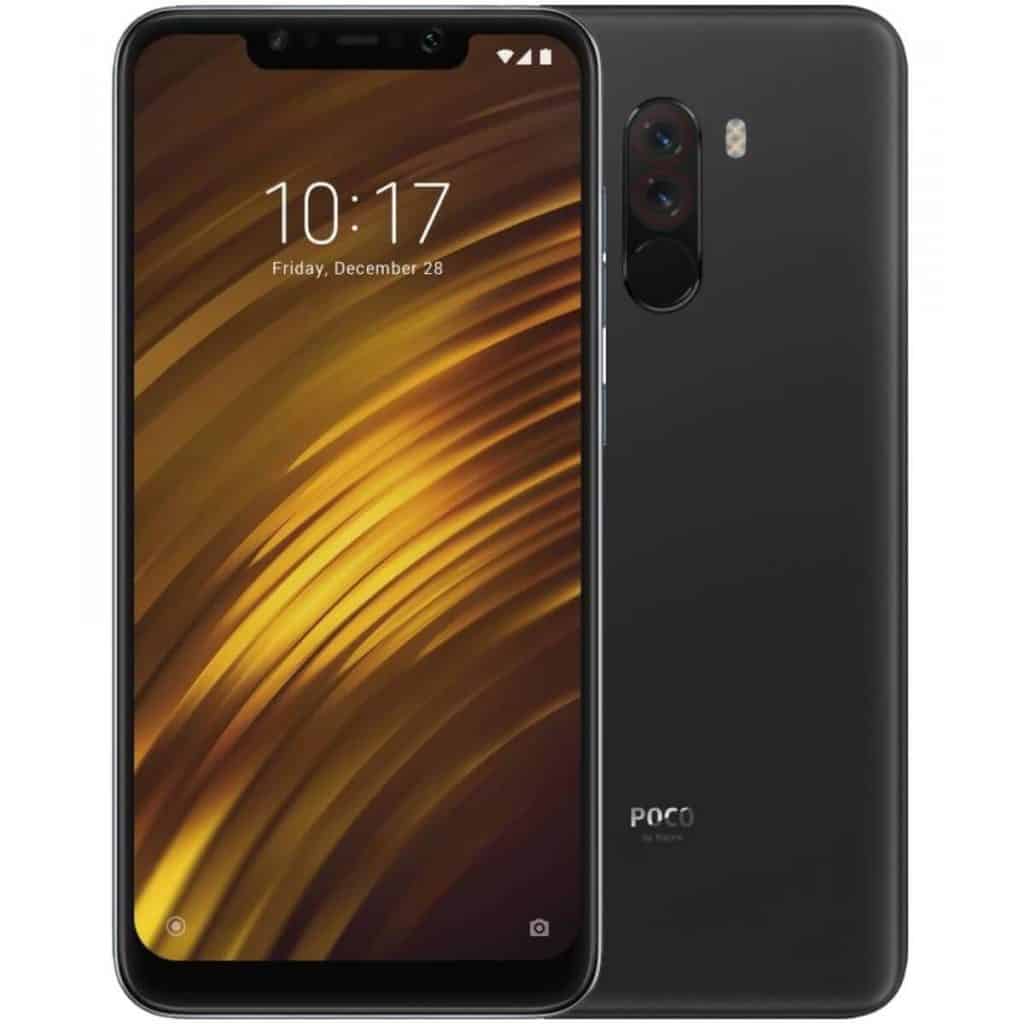 We all know that with the launch of Pocophone F1, Xiaomi has shaken the smartphone market with its features and price. As the Pocophone F1 features a 6.2-inch screen with Full HD+ resolution & Gorilla Glass protection, Android 8.1, Snapdragon 845 processor, 6GB of RAM, 64GB of internal storage (expandable), dual back camera (12 + 5 megapixels), 20MP front camera, and a battery of 4000mAh.

With all these features, it is one of the world’s cheapest flagship smartphones launched by the well-known Chinese smartphone manufacturer Xiaomi. 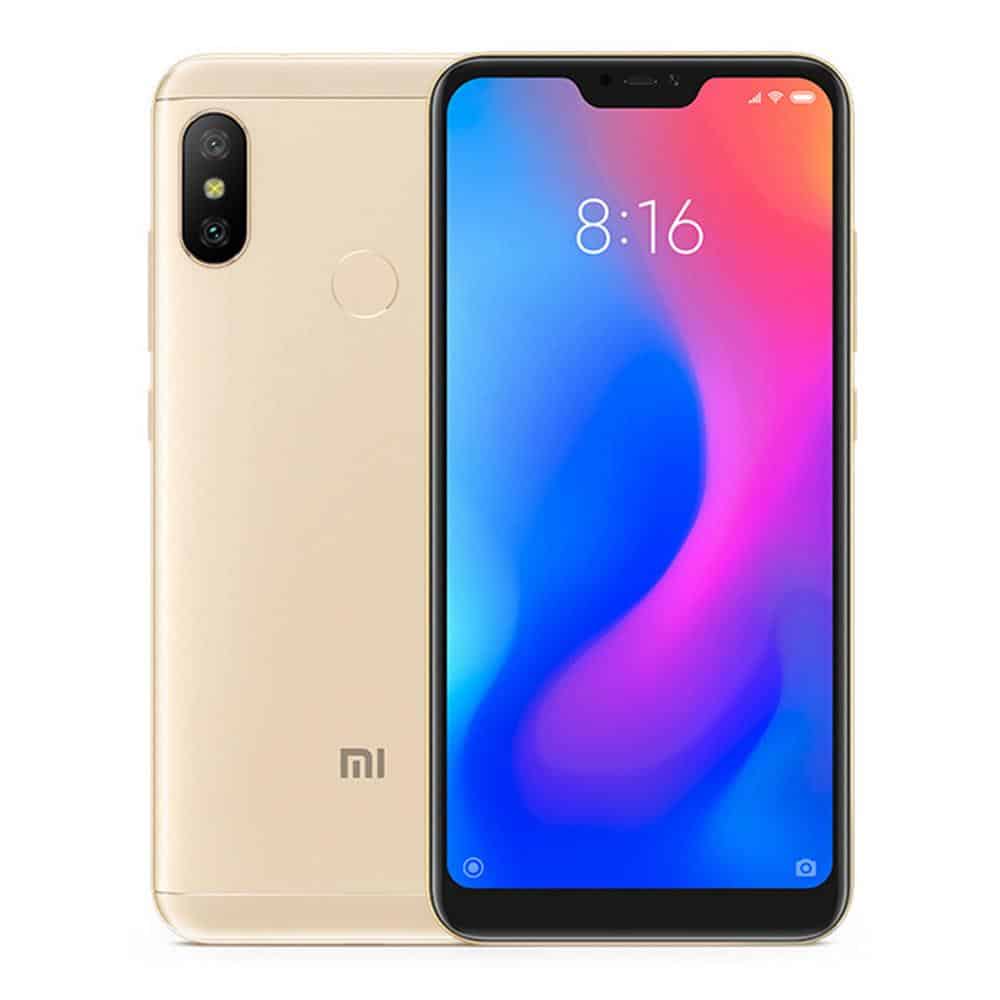 The Mi A2 Lite is an exciting alternative if you do not want to spend more than Rs. 14000 to 15000 on your smartphone purchase. As the Mi A2 stands out for its battery of 4000mAh that guarantees you two days of autonomy without any problems, while in the other segment, it features a 5.84-inch screen with Full HD+ resolution, Snapdragon 625 processor, 4GB of RAM, and 64GB of internal storage and a dual camera of 12 + 5 megapixels and it comes under the Android One program as well. 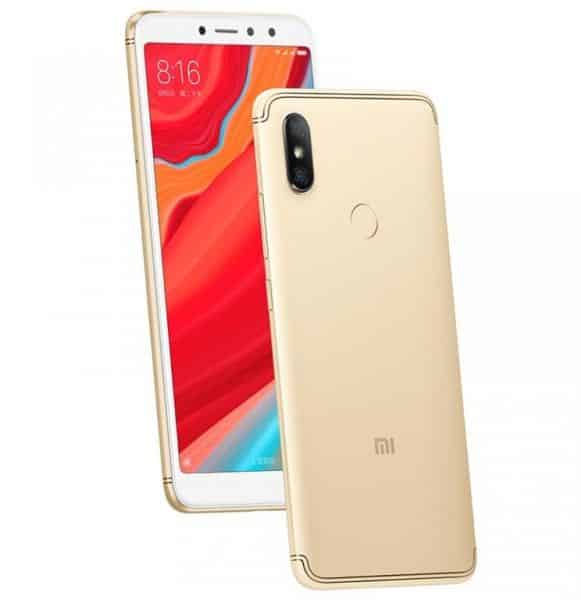 If the purity of the Android operating system is not a significant factor in your choice, then this model may attract you; of course, I am talking about none other than the Xiaomi Redmi S2, as this device is quite different from the others.

It features a 5.99-inch screen with HD+ resolution, Android 8.1 Oreo with a layer of MIUI, 3080mAh, and a powerful 16-megapixel front camera. 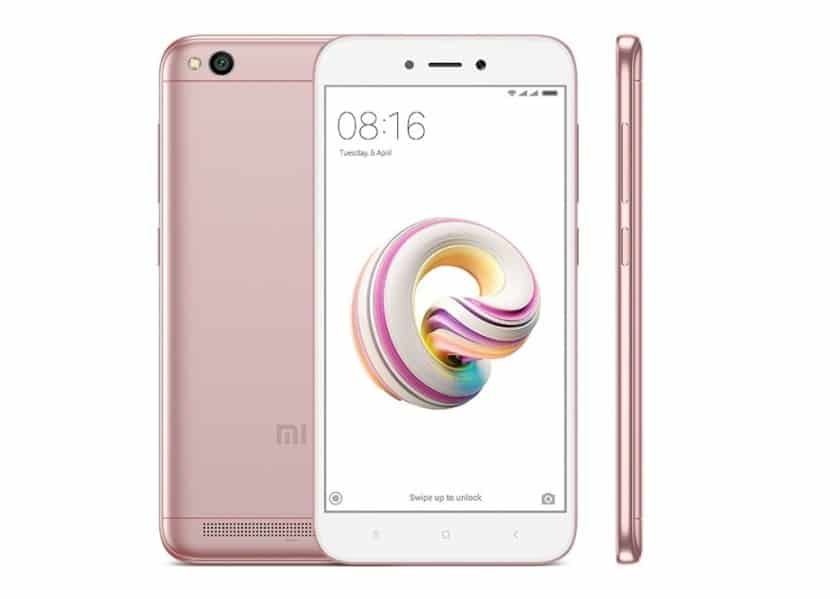 The Xiaomi Redmi 5A is one of the simplest models in the Xiaomi catalog and is one of the cheapest that you can buy officially in India. It is a smartphone for those users who want to use WhatsApp, YouTube, or Chrome fluently.

While now, if we take a look at its features, we will see that the Xiaomi Redmi 5A comes with a 5-inch IPS LCD screen with HD resolution, a Snapdragon 425 processor, 2GB of RAM, 16GB of internal storage (expandable), 13-megapixel main camera and a 3000mAh battery. 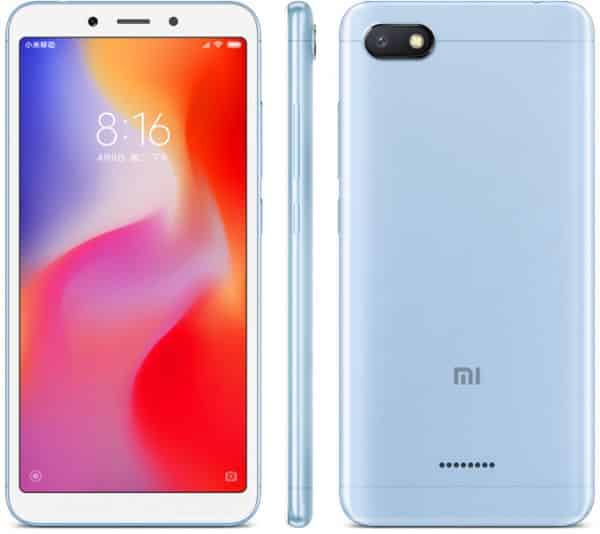 The Xiaomi Redmi 6A is entirely different from the Redmi 5A in aspects of the screen, as it features a 5.45-inch full HD display, and not only that even it also adopts the corner-to-corner format as well; the processor that this device feature is MediaTek Helio A22, and of course it is more recent as compared to the Redmi 5A, which was launched at the end of 2017. 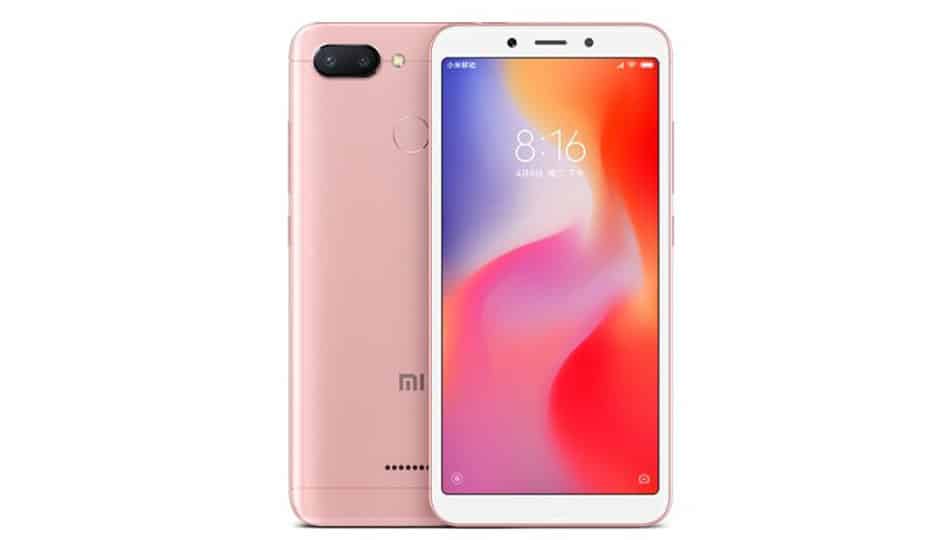 With the Redmi 6, we climb one step further in terms of characteristics, as the Redmi 6 features a more powerful processor, which is MediaTek Helio P22, 3GB of RAM and 32GB of internal storage (expandable), a dual back camera of 12 + 5 megapixels and a battery of 3000mAh. 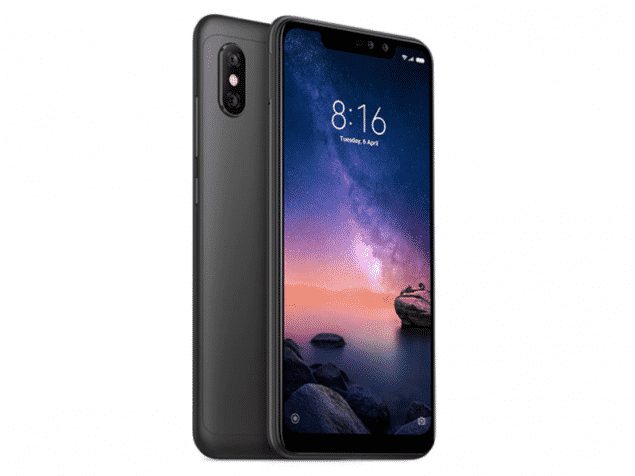 The Redmi Note 6 Pro offers four cameras, with two sensors in the main camera (12 + 5 megapixels) and two others (20 + 2 megapixels) for selfies. 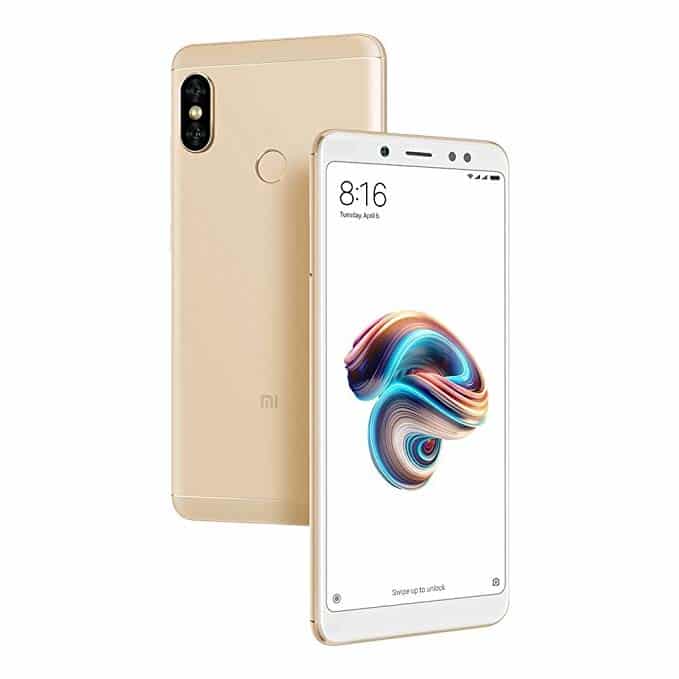 I could not miss in this list the other device of the Note range – the Xiaomi Redmi Note 5 Pro. Unlike its successor, of course, Redmi Note 6 Pro, it also has a Qualcomm’s Snapdragon 636 processor, a 5.99-inch screen with Full HD+ resolution, 6GB of RAM and 64GB of internal storage, 4000mAh of battery, and a dual camera of 12 + 5 megapixels.

While if we compare it only with the Redmi Note 6 Pro, we see major differences in the screen size, and it features three cameras (two on the back and one on the front) instead of four cameras. 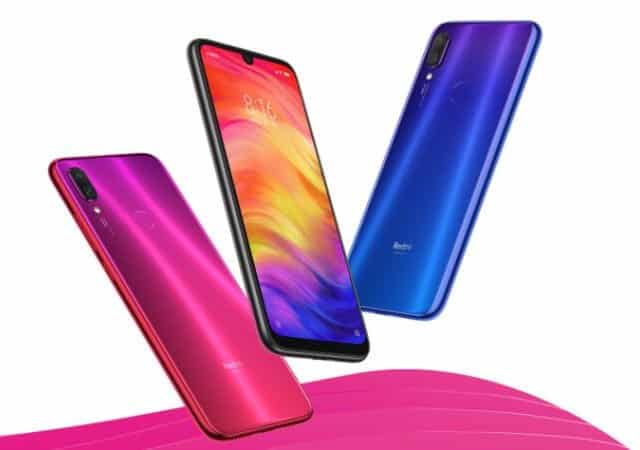 Redmi Note 7 is Redmi’s first smartphone as an independent brand. However, the fact is that it still belongs to the well-known Chinese smartphone manufacturer Xiaomi. It is just a movement similar to that Xiaomi made with its sub-brand Poco, which cleared all its intentions.

While the design of the all-new Redmi Note 7 is similar to the Mi 8 Lite, as it comes with rear glass, from inside, it still looks much more like its predecessor, the Redmi Note 6 Pro. While the all-new Redmi Note 7 features a 6.3-inch with FullHD+ resolution, 6GB of RAM, 64GB of internal storage (expandable), dual back camera (48 + 5 megapixels), 13 MP front camera, Snapdragon 660 processor, and a 4000mAh battery. 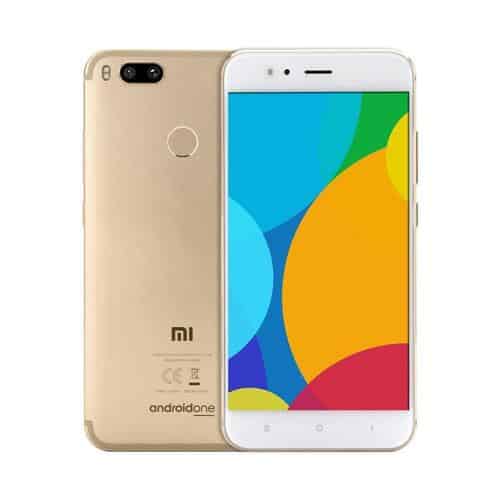 Although you can find it much cheaper in different online stores, the official price of the Xiaomi Mi A1 is Rs. 13,999; therefore, we have put it in this category. It is a smartphone launched in September 2017, but due to its specifications, it is still perfectly valid for use in 2019 and probably also in 2020.

Among its features, what stands out most about the Xiaomi Mi A1 is its operating system: it was the first Xiaomi smartphone that ditched the custom UI of Xiaomi; of course, I am talking about the MIUI, and instead of MIUI, it incorporates a pure version of Android, as it comes under the Android One program. 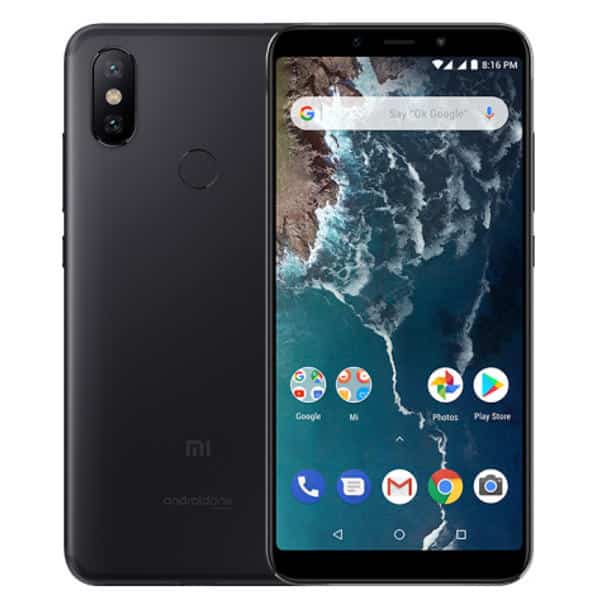 The Xiaomi Mi A2 is one of the most wanted smartphones everyone has been talking about recently. As it is the renewal of the Mi A1 and introduces as main novelties a 5.99-inch screen from corner to corner with full HD+ resolution, a more powerful Snapdragon 660 processor, and an improved 20 + 12-megapixel camera, in addition to maintaining the feature of Android One program.