Recently a vicious new malware has been discovered that allows a simple email and a link to block the use of Apple computers, thereby creating a targeted attack.

It may seem strange, but there are increasingly more security flaws affecting Apple computers and especially MacOS. Many address those as guilty, but the truth is that the problems are real.

A new flaw has been discovered that allows a simple email and a link to block the use of a Mac, thereby creating a targeted attack. This new malware was revealed by Malwarebytes, which showed its power and how it blocks any Apple computer.

This new malware is being spread by email and contains a simple link that when accessed can open email windows consecutively until the machine simply has no resources. These emails are not sent, getting into drafts. The second version of malware is also known and is behaving similarly, but instead of the email application, iTunes is opened.

The purpose of this malware is to get users to contact a false helpline or to receive calls from those lines, then allowing software to be installed to spy on users. 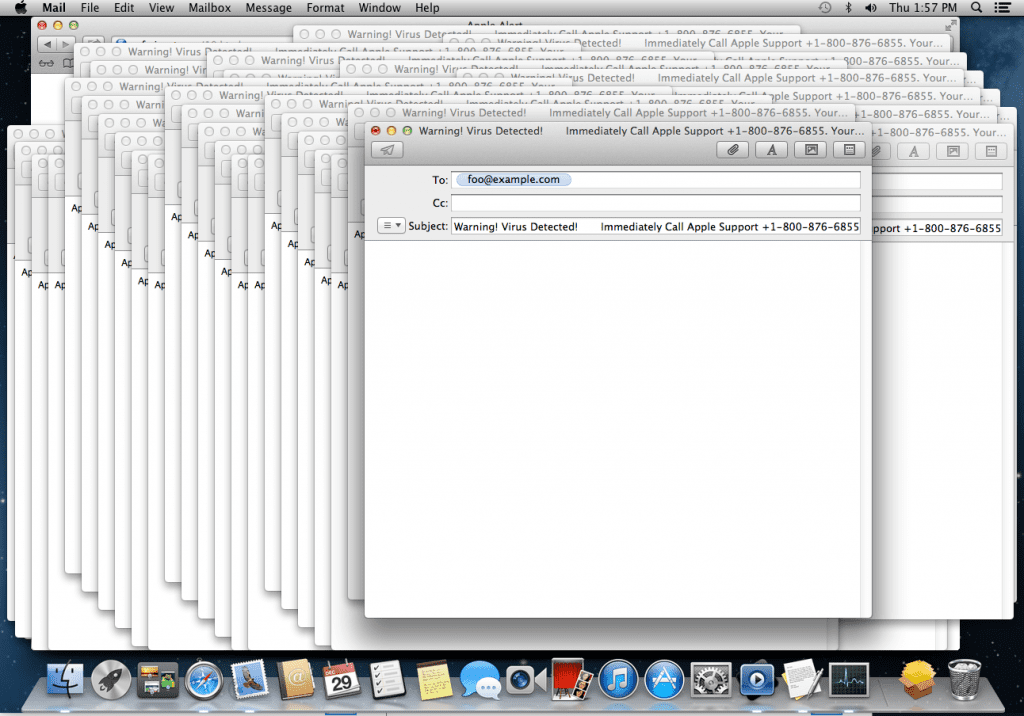 The source of this malware

How to protect yourself from this problem?

Apple already solved this problem in the latest version of MacOS, 10.12.2, and it also seems to be out of later versions, which are still in testing phase.

But if you have not updated yet, you should delete the messages you receive from these addresses. Another known bug in MacOS, leaving users exposed and vulnerable. This time makes use of some inattentiveness of users, but the truth is that it can be exploited to make a Mac unusable.