After lots of speculation and rumors, finally, the tech giant Apple presented the all-new iOS 13 and the first beta for the developers of iOS 13. Hence, now we officially know all the main features of the newly launched iOS 13 of the tech giant Apple.

After the presentation of the new features of iOS 13, it is time for developers to work on this first beta to shape the final version of iOS 13, which is expected to arrive next to the new iPhone after the summer.

12 Biggest iOS 13 Features That You Should Know

After the presentation of the new features of iOS 13, it is time for developers to work on this first beta to shape the final version of iOS 13, which is expected to arrive next to the new iPhone after the summer.

One of the main features that had previously been filtered is the inclusion of a most wanted feature, Dark Mode. While the tech giant Apple also ensures that the new version of the operating system is much faster than the previous one, the apps can be opened much more immediately and consume 60% less space.

So, now without wasting much time, let’s get started and explore the whole list of features that we have mentioned below. 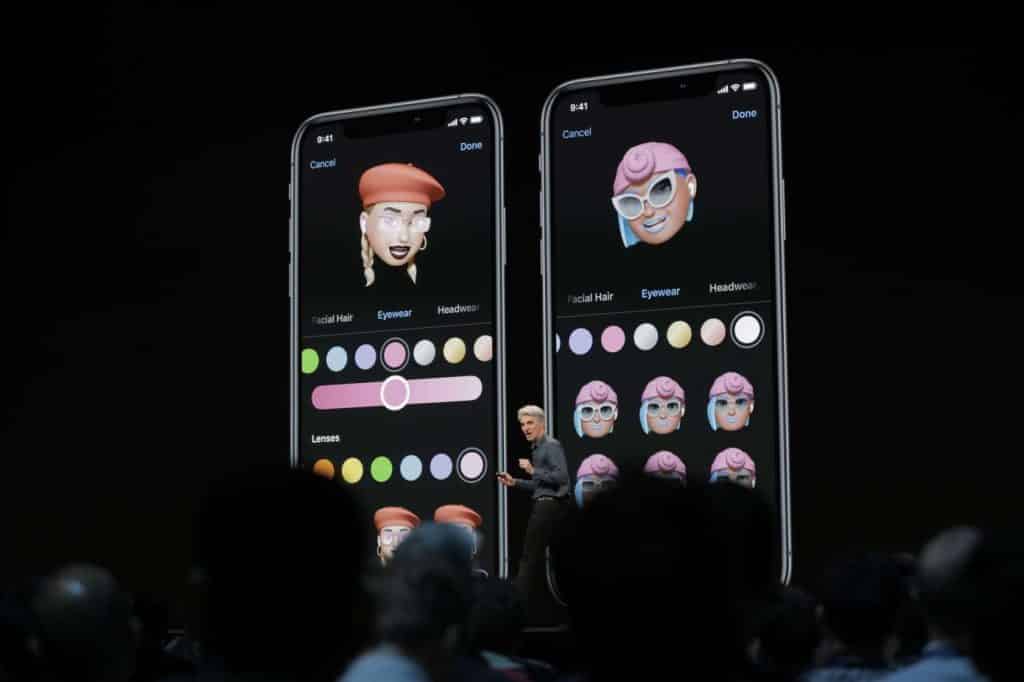 There are also new features in the Memoji section, which can now be converted into Stickers automatically in iMessage and other instant messaging applications. With the all-new Memoji Stickers, we can also create our sticker pack and always have a resource available for each emoji we want to send via those applications.

The Maps application has also undergone a dramatic change, as now you will experience a better level of detail, including the navigation from Street Maps. As the tech giant Apple says, it has redesigned the app from scratch and will offer better data on pedestrians, more accurate directions, and detail of the terrain of better quality. The new map will first be launched in the US; then reach other markets by 2019. 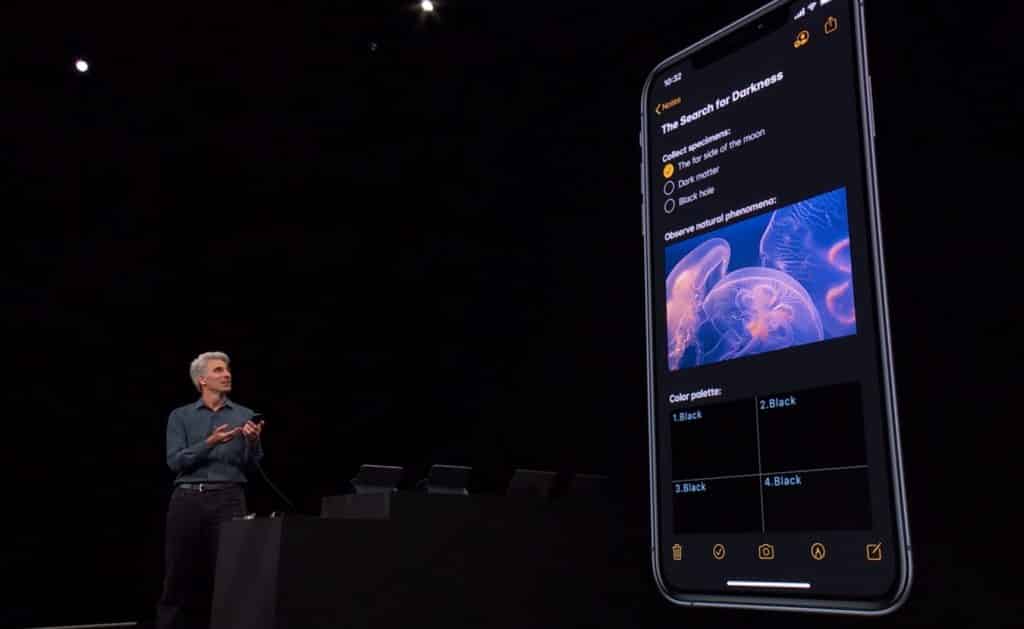 The dark mode is one of the most anticipated features for iOS and Android, as this function can be enabled from the settings menu, which allows you to darken the entire user interface; it means that now you can take full advantage of the OLED screens. And not only that, as the Dark Mode will also allow you to save much energy, you can also avoid visual sluggishness while using the device at night or in low light conditions. Moreover, the all-new Dark Mode also affects all the applications, including the music player and the mail app. 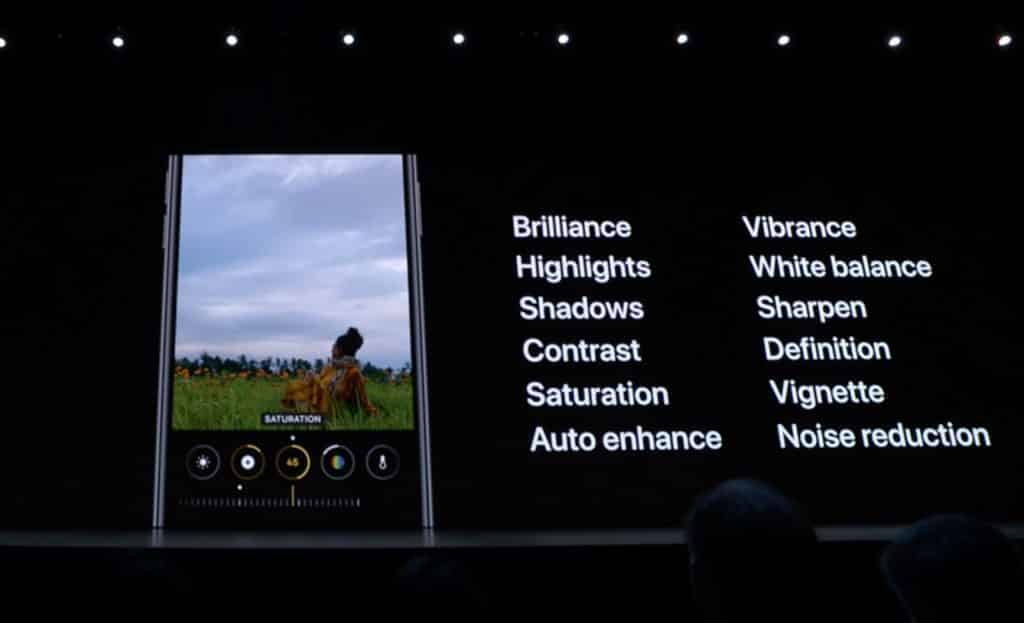 The new all-new Photo App can be controlled with gestures; depending on how we press, we can organize albums for years, months and locations. It will also group similar photos and create groups with all the matching images.

Moreover, the reel AI will automatically erase all the duplicate images. Many effects are also added to control the brightness, contrast, light, and definition. Even new products can also be added in portrait mode, as well as support for portrait mode in the video, and you can also rotate videos in the Photos app directly. 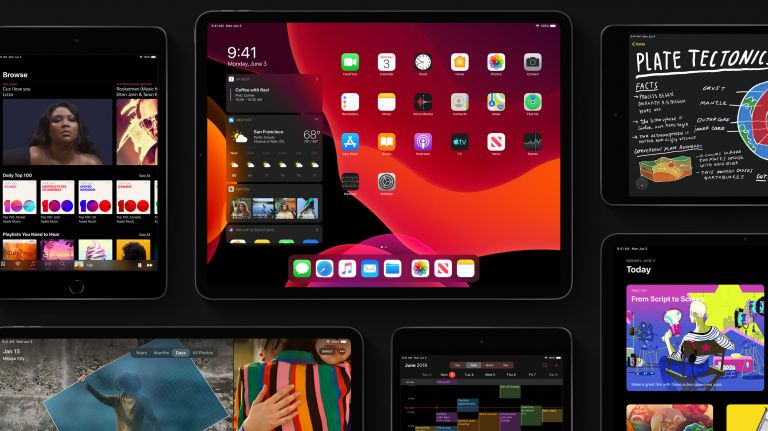 Along with the new iOS 13, the tech giant Apple has also announced a separate version of the operating system for iPads. This means that the company’s tablets will now have independent functions better adapted to a large screen, including more multitasking parts, a split-screen function, significant changes in the dock, and much more. The tech giant Apple separated the paths with its new iPadOS. 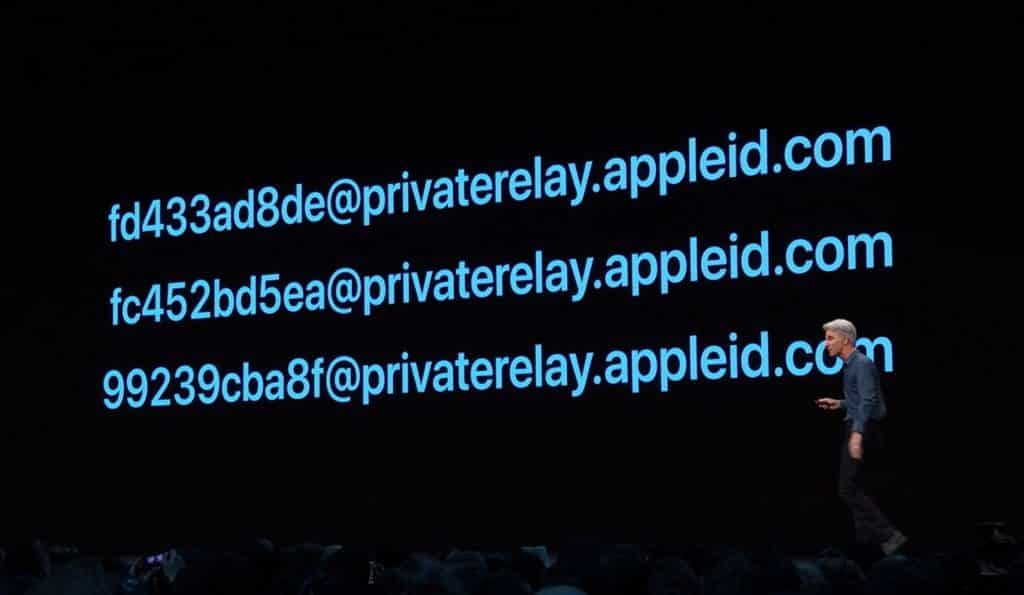 The security is now enhanced with the “Sign In With Apple” feature, which will prevent user tracking or detection of Bluetooth or Wi-Fi networks. In addition, the Apple ID will allow us to redirect iOS 13 to our real one, mask the user’s identity to the apps we have installed, and can not share personal data.

The new Files application allows you to share folders with iCloud Drive and access files from external storage devices like SD cards and USB flash drives.

The tech giant Apple expanded the Siri team this year to make its virtual assistant more efficient. Now we can customize a response when we receive a call, which can be integrated with applications like CarPlay.

Hence, the well-known virtual assistant of the tech giant Apple, Siri, is now more precise and has refined its ability to understand what is happening around her. Moreover, now it sounds more natural than the voice used in iOS 12 and has shortcuts to make it easier to access the assistant. At the same time, The new Shortcuts of Siri will come pre-installed and suggest automatic actions simply by analyzing our daily usage. 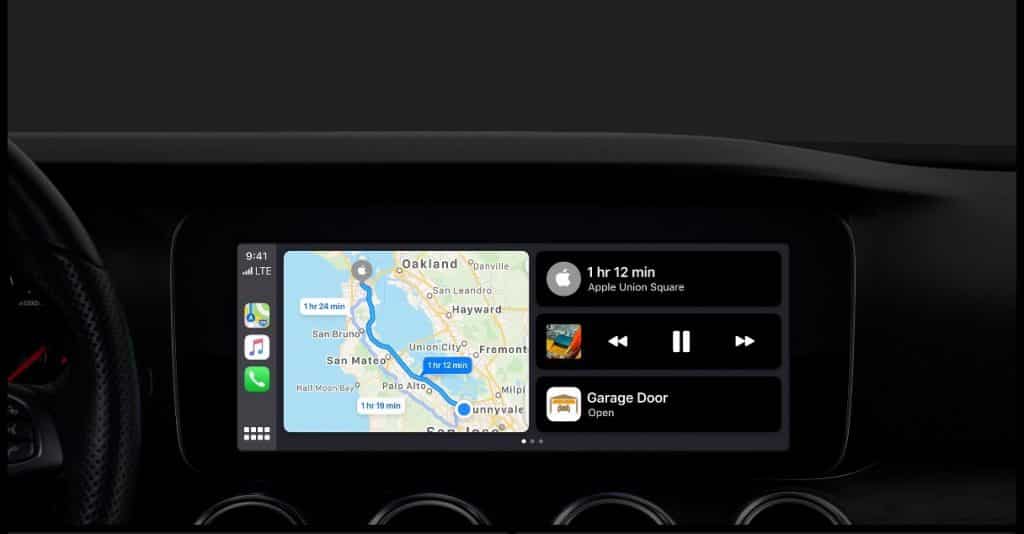 The well-known CarPlay also got some essential features, integrating apps like Waze and Pandora. Moreover, we should thank Siri, as now we can interact with the car without touching the screen.

The Apple keyboard is updated with a new sliding option that is very familiar to all users who have been using third-party keyboards like the Swifkey or Gboard for years. The new keyboard is known as “QuickPath”, and its main feature is the integrated writing system.

The all-new iOS 13 of the tech giant Apple will now make it much easier, faster, and more precise to copy, paste and edit texts.