We all know very well that still talk about the tight security that Apple imposes on the iPhone and that keeps the authorities away from scouring on the smartphone of others, even if they are criminals. However, now according to the latest reports, today in I will present a black box that can hack any iPhone.

Contents show
This Black Box Can Hack Any iPhone; Images Leaked
How does it work?
At the customer’s will

This Black Box Can Hack Any iPhone; Images Leaked

Still, talk about the tight security that Apple imposes on the iPhone and that keeps the authorities away from scouring on the smartphone of others, even if they are criminals.

As it was reported last week, a mysterious company called Grayshift announced that it had leading-edge software capable of unlocking any iPhone. This worried some quarters of the technological world. After all, it seems to be this simple box.

Grayshift said they could unlock recent iPhones through “brute force” – a method used by the Israeli company Cellebrite that was involved in obtaining information from an iPhone in the San Bernardino case.

Many theories were thrown to the wind, but the reality is that it was an unknown method used by Grayshift to invade blocked smartphones. Now, through a blog post from Malwarebytes, it became known that it will be the “miracle box” that unlocks any recent iPhone, bare all that the users “hides” in it.

Two iPhones can be connected at the same time for only two minutes. After that, they are disconnected from the device, although they have not yet been “cracked”. 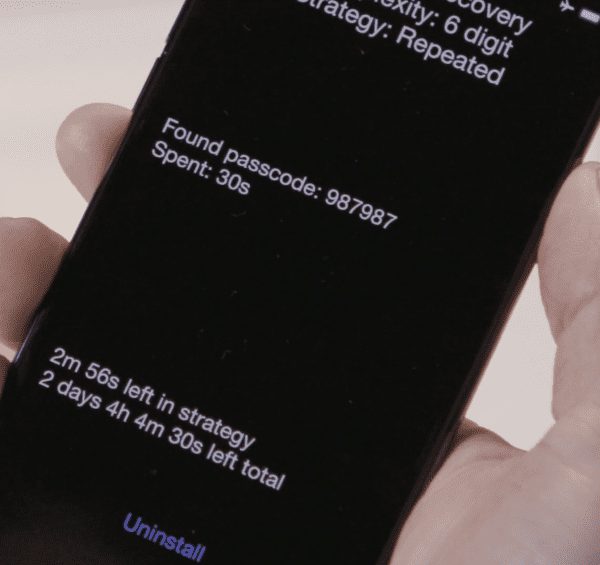 Sometime later, the phones will display a black screen with the password, among other information. The exact time varies, ranging from two hours up to three days or more to six-digit codes, according to the Grayshift documents, and the time required for longer access phases is not mentioned. Even broken phones can be unlocked, according to Grayshift. 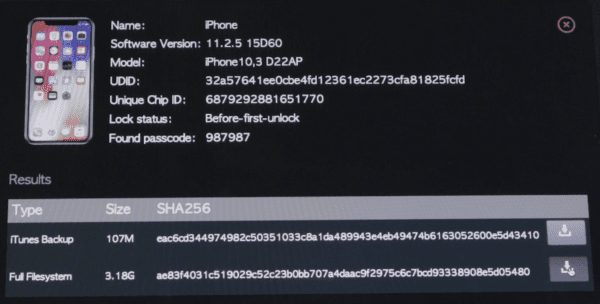 After the device is unlocked, the complete contents of the file system are unloaded to the GrayKey device. From there, they can be accessed through a web-based interface on a computer made available for this service. The full and unencrypted content of the keychain is also available for download.

As already released, GrayKey works on all recent versions of iOS, up to 11.2.5.

The curious thing about this is the obscene part of the commercial side. This is because Grayshift does not use the device internally to unlock the iPhones that are sent to the company (which sounds strange), what it does is to market the boxes directly to the interested “entity”.

In cases we have seen, behind the mask of stakeholders are entities such as governments and intelligence agencies, now the black market is much more powerful, much richer than these government stakeholders. That can be really complicated.

At the customer’s will

The mysterious company has two options: the cheapest, as we mentioned in the past news publication, the service costs $15,000 and has the ability to unlock 300 iPhones. This device also has the requirement to be connected to the Internet and within a certain geographical area, since this lock exists, that is, if it is connected outside the place where it was installed, it will get automatically deactivated. This measure is intended to ensure that it is not taken out and “studied” or used for purposes that have not been contractualized.