According to the latest reports, the American giant, of course, the tech giant Microsoft requires that developers should remove the name “Windows” from their respective applications. And, clearly, it seems that the not at all developers were pleased.

Contents show
You Can’t Name Your App ‘Windows’, Microsoft Sends Legal Notices To Developers
Windows apps will need to be re-named
What could be the reason behind this decision?

It is well-known that “app stores” live from the commitment and motivation of the programmers. However, the tech giant Microsoft has never been able to entice programmers to make their offer as strong as it is with the tech giant Apple’s App Store or Google’s with the Play Store.

Now, the American giant requires that programmers should remove the name “Windows” from their applications. And, clearly, it seems that the not at all programmers were pleased.

Windows apps will need to be re-named

According to them, the justification is judicially legal (copyrights), however, is revolting the programmers because they understand that does not make sense. This is because your applications are in store for use in Windows itself.

Several sites are also receiving notifications. What is making this situation a bit bizarre is that many apps with Windows names are running since a long time and since those past years, the tech giant Microsoft has never had such an attitude.

As we can see on the sites themselves with the posts dedicated to the subject, the tech giant Microsoft notified via email the targeted on Saturday the 10th and only gave the programmers 1 day to carry out all necessary actions to remove Windows from the app’s name.

If this action does not materialize in the deadline, these apps will probably be erased by the tech giant Microsoft itself:- 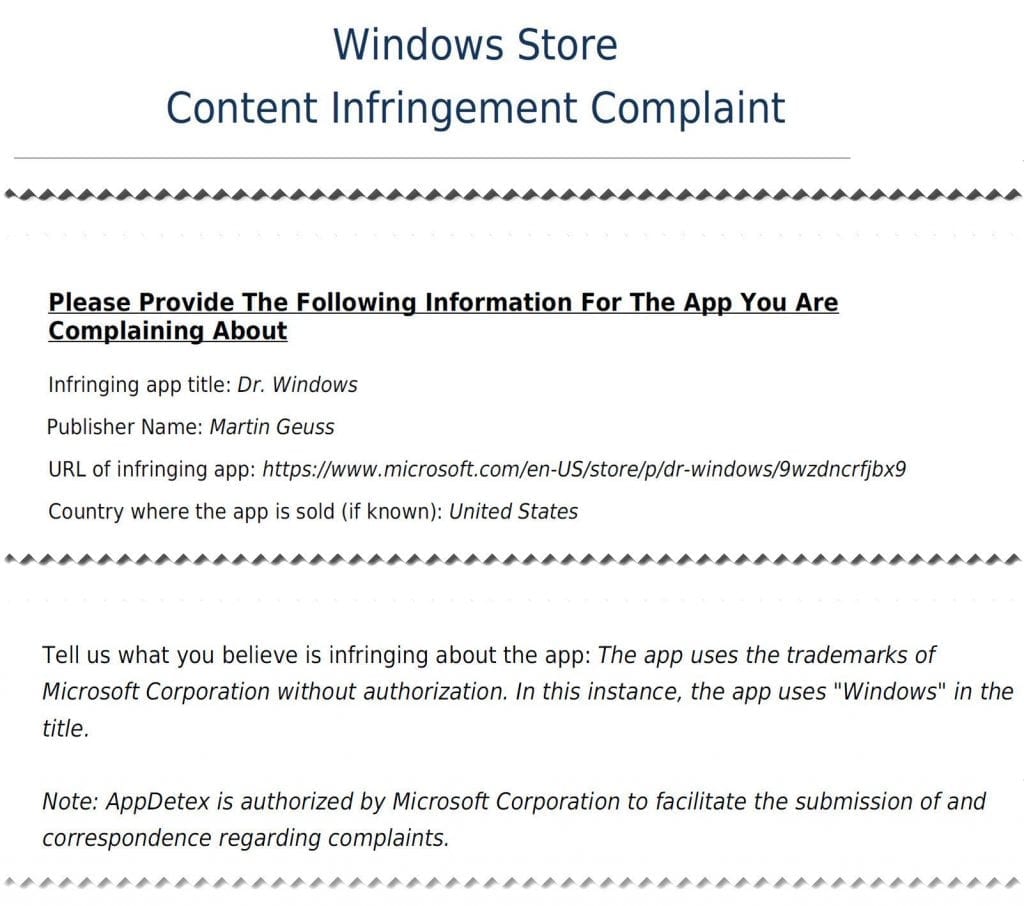 What could be the reason behind this decision?

As everyone remembers, even it was the subject of information in this article, in September of last year, the tech giant Microsoft changed the nomenclature of its Application Store. This is no longer called Windows Store and is now called Microsoft Store.

Could the company be trying to “clean” its own applications store that take advantage of the trademark registered Windows. But it’s still strange.

So, the changes made against Microsoft’s own requirement, because since that time that the application store no longer has Windows in the name, it is now Microsoft Store.

With these bizarre, unpleasant actions and unreliable moves, programmers are already getting threats to permanently remove apps from the store. Clearly who gets lost is, in the first instance, the Microsoft user and then Microsoft itself because it creates an idea of unreliability away from users of a system that relies heavily on trust.