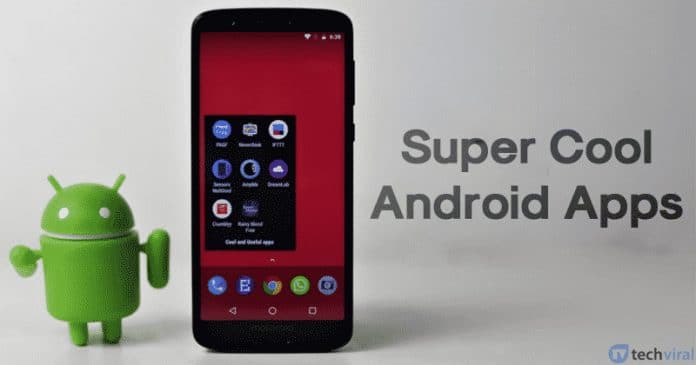 If we take a brief look at the Google Play Store, we will find many apps and games. Compared to every other mobile operating system, the app available on Android is quite high. Google Play Store covers apps of different sections like utility apps, productivity apps, free apps, multimedia apps, etc.

You won’t believe it, but the truth is that more than 2.3 million apps are available on the Google Play Store, and every other day, new capable apps arrive that go unnoticed. So, in this article, we will share a list of the best Android apps you don’t know about.

List of 10 Android Apps That You Don’t Know About

It’s worth noting that plenty of apps from a similar category are available on the Google Play Store, but the apps listed below are unique in a different way. So, let’s explore the list of cool Android apps you don’t know about. 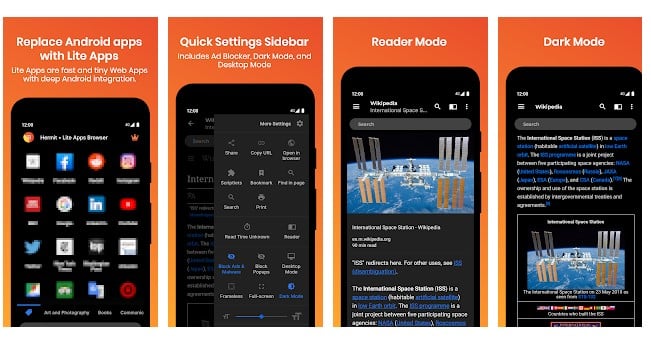 We are sure that not everyone reading this article has a high-end smartphone. So, the Hermit Android app is for those users.

For example, opening Techviral.net on Hermit will block all animations, lazy load the images, etc. 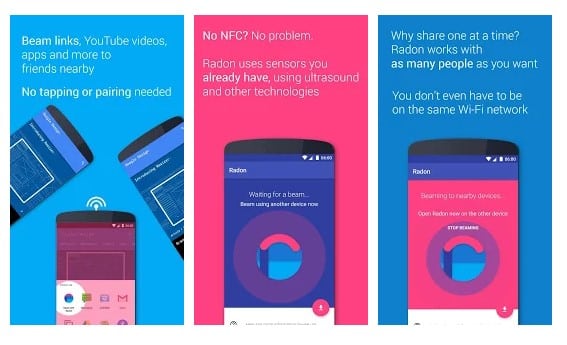 Radon is a file-sharing app you can use to share links or smaller data. The app is much similar to Xender or ShareIt, but it’s much faster than those two.

To send links, apps, or smaller files, users need to tap the share button anywhere on Android and select the option ‘Radon’ from the sharing menu. Once done, the app will start sharing the links to other devices with Radon installed. 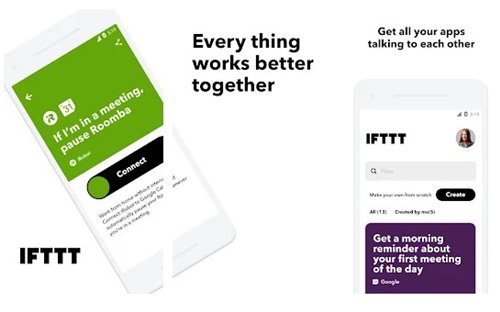 IFTTT, or If This Then That, is an Android automation app where possibilities are endless. You can use the IFTTT app to automate your Android smartphone in many ways.

You can also configure IFTTT to control smart devices. So, IFTTT is an excellent way to control various tasks on Android, and it’s one of the best apps you should use. 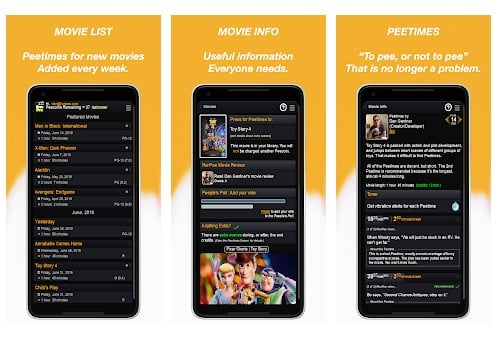 Well, if you want to have a distraction-free movie-watching experience, then you need to give Run Pee a try.

This is one of the unique apps for moviegoers as it tells them the best time to run and pee in between the movie. The app ensures that the user doesn’t miss out on any important scene in the movie. 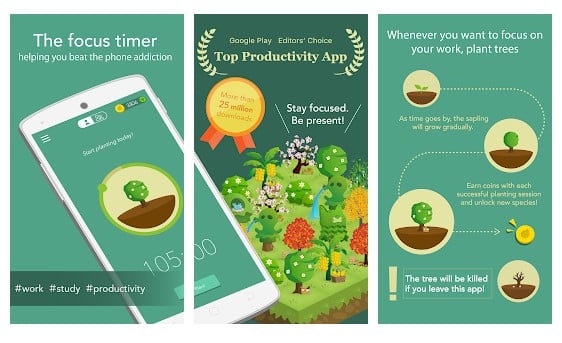 If you have been searching for ways to get rid of smartphone addiction, then Forest might be the best app. It’s a productivity app for Android that lets you plant a seed that grows into a tree within 30 minutes.

The app’s ultimate goal is to encourage users not to leave the app. If you leave the app, it will kill your growing tree. So, Forest is indeed a creative way to beat smartphone addiction. 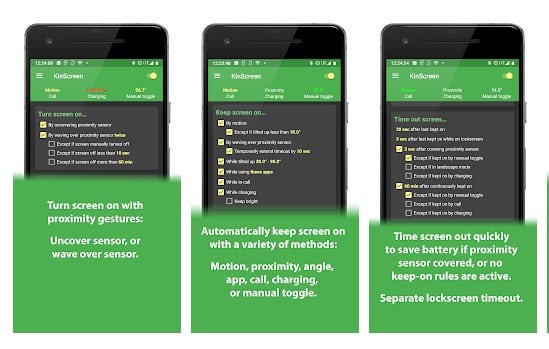 KinScreen is for those searching for ways to have more control over their smartphone’s screen. It allows users to decide when they want their device’s screen turned on or off.

For instance, you can enable the screen on time when motion, tilt, or wave is detected. Similarly, the app can turn off the screen by simply covering the proximity sensor. 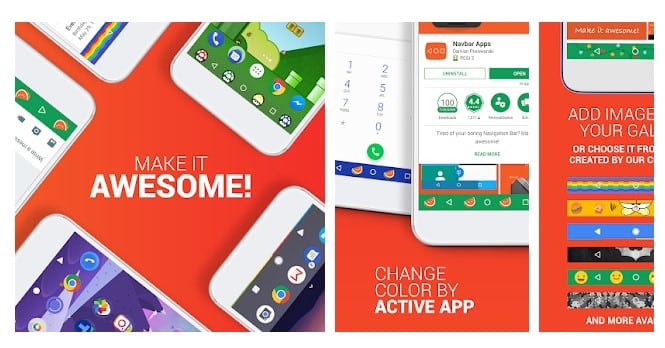 Navbar Apps is one of the best customization apps for Android available on the Google Play Store. The great thing about Navbar Apps is that they can add widgets, custom backgrounds, colors, etc., to your navigation bar without having root access.

Navbar Apps offers users plenty of themes to customize the navigation bar of the Android smartphone. 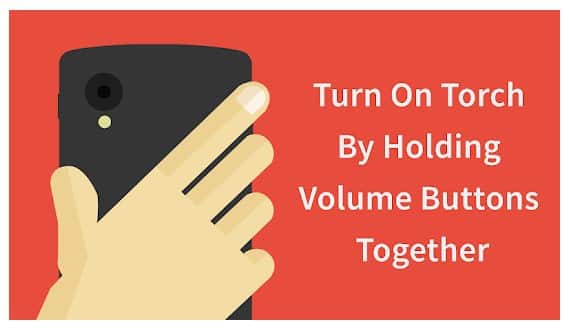 Torchie is a torch app that allows users to activate the flashlight by pressing the volume button. It’s not one of the cool apps, but it’s a useful one for sure.

During the power cut, instead of stretching your fingers to the notification bar, you can press the volume button to activate the camera flashlight. 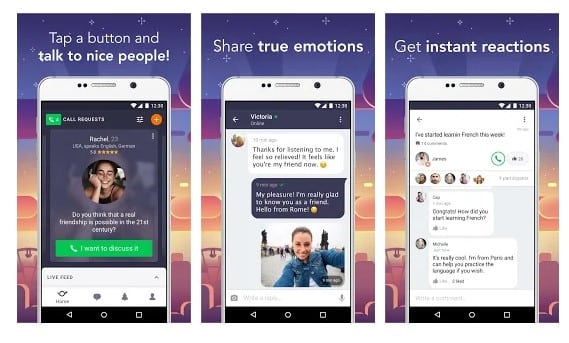 Instead of setting the alarm, Wakie lets you set the alarm, and it connects you with a random stranger across the world.

At the set time, you will get a call from a random person asking you to wake up. The call is connected for one minute, and full anonymity is maintained. 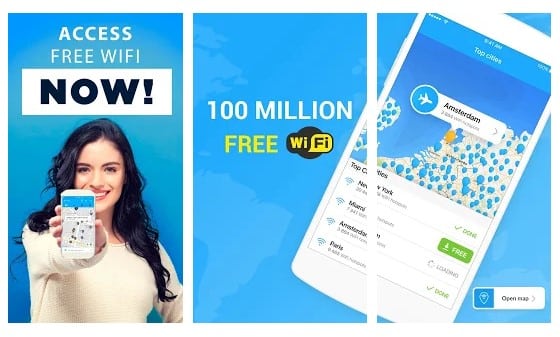 WiFi Map is one of the best WiFi hotspot apps on the list, with more than 100 million WiFi available worldwide.

It just displays the available WiFi connection on the map with the password.

So, with WiFi Map, you can easily access the internet for free. It’s indeed a great Android app that every internet user should know about.

So, these are the super cool Android apps you can use today. All of the apps are free and available on the Google Play Store. If you want to suggest other Android apps, let us know in the comments below.