American Multinational Technology company NVIDIA has suffered from malicious network intrusions. As reported by the company of experiencing some outages over the past couple of days and had to take down several systems offline to prevent them from spreading further. There are speculations regarding the launch of this cyberattack on NVIDIA by Russians. As a result of major sanctions imposed on Russia due to the ongoing Russia-Ukraine conflict.

However, the company did not confirm any kind of cybercriminal activity related to the Russia-Ukraine conflict. As per reports, NVIDIA stated it’s “investigating an incident,” but did not confirm. Whether it’d been the victim of cybercriminal activity or not. The company’s servers are also partially operated. Hence, there might have been a breach of confidential documents and information of the company.

Several other western countries are on alert. Regarding any kind of cyber-attacks, they might experience in the coming days. However, this cyber attack might result in a huge loss to NVIDIA in terms of breach of confidential information across the world. 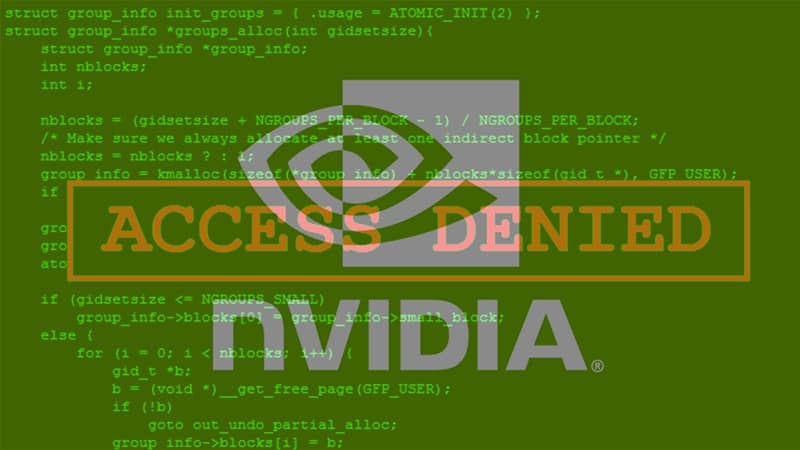 In the era, we live in today it can conclude that no country or organization is safe from any such cyberattacks. Prevention against such cyberattacks is crucial for any country in terms of its confidential information. There is a need for every country to build and maintain infrastructure and adopt technologies. This will help to prevent any such attacks.

Nvidia is best known for making graphics processors, but it has established itself in other critical areas like machine learning and cloud services. Making the company a larger national security exposure than in the past. The company is a leading manufacturer of high-end graphics processing units (GPUs). The headquarters of NVIDIA is in Santa Clara, California.

NVIDIA became a major force in the computer gaming industry with the launch of the RIVA series of graphics processors and has acquired 15 companies, including 3 in the last 5 years. A total of 4 acquisitions came from private equity firms. The Company’s most targeted sectors include semiconductors (29%) and technology hardware (29%).