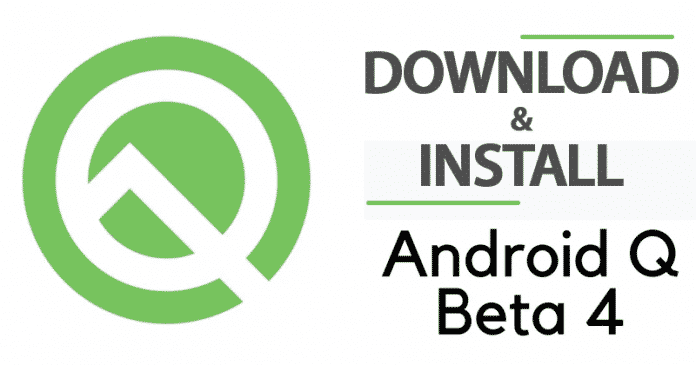 Recently, the tech giant Google announced the fourth beta version of Android Q; of course, it is a test version before the arrival of the final version, which is expected to arrive in August 2019.

Android Q Beta 4 brings minor changes to the user beyond the improvements in terms of performance and stability. Still, undoubtedly it represents important progress in the program because this version brings the final APIs and the official Android Q SDK.

As the tech giant Google itself points out on the official blog for Android developers, the fourth beta of Android Q mainly introduces the changes for developers to start preparing their applications for the arrival of the new version this summer.

Hence, it is now possible to download the new SDK through one of the latest versions of Android Studio. As expected, the security patch of June is also included in this update.

As for the most visual and functional features, the changes to the new navigation system introduced next to the third beta stand out. Now, the gestures bar at the bottom occupies a greater part of the screen.

There are several ways to install the fourth beta of Android Q on Pixel devices.

First of all, the most recommendable option is to sign up for the Android Beta program from here, so that once the tech giant Google begins its OTA deployment, all the members of the program will receive the update on their devices automatically.

It is also possible to force the update or perform the flashing manually. For this, it is possible to download the OTA file from here and proceed to the manual installation.

So, what do you think about this? Share all your views and thoughts in the comment section below. And if you liked this tutorial, do not forget to share this tutorial with your friends and family.