Nothing, the UK-based company, founded by Carl Pei, co-founder of OnePlus, has been on the trend ever since 2020. All of the updates and development of the UK-Based company are closely chased.

The company had already hosted an event where it disclosed some details of its upcoming smartphone. According to the company, their first phone will offer a near-stock Android experience and is predicted to hit the market by this year.

Is my Android Device Compatible With Nothing Launcher?

In the event, the company didn’t reveal the launch date for the phone, but it announced that its launcher would be available for Android users in April 2022. And as promised, on April 28, the first beta of the Nothing launcher was made available for a few smartphones such as Samsung Galaxy S21, Galaxy S22, Google Pixel 5, and Google Pixel 6 series.

If your phone is running on Android 11 or above, you can try the new Nothing launcher. Here’s what you need to do.

2. On the Nothing Launcher Early Access page, tap on the Install button as shown below.

3. Once installed, tap on the Open button to launch the launcher.

4. On the main screen, tap on the Set as default button to set Nothing launcher as your default launcher.

5. Now, the launcher app would ask you to grant a few permissions. Grant all permissions that the app needs.

6. On the Choose a Wallpaper screen, select Nothing wallpaper and tap on the Confirm.

That’s it! This will apply the Nothing launcher on your Android device.

How to Customize Nothing Launcher on Android

As of now, the Nothing launcher doesn’t provide you with many customization options. You get only three widgets, an icon pack, and a few wallpapers & ringtones for customization. You can download the wallpapers and ringtones separately from this Dropbox folder. 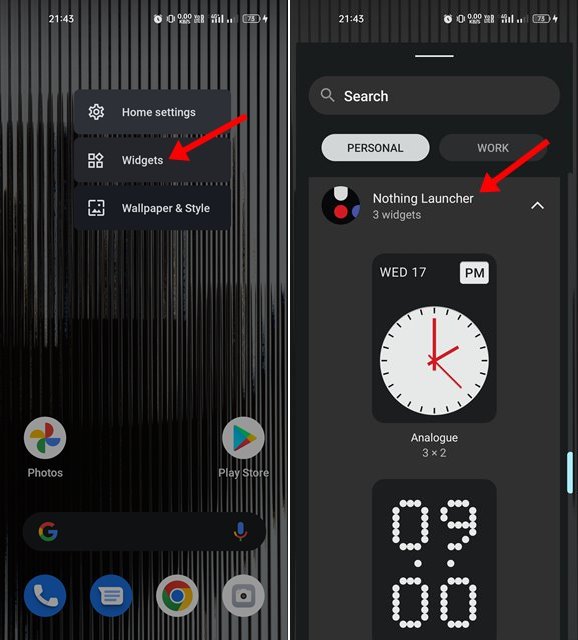 To add Nothing widgets to your Android home screen, press and hold the home screen and select Widgets. On the Widgets menu, scroll down and tap on Nothing. You will find three different clock widgets; you can drag and drop any of them to your home screen. 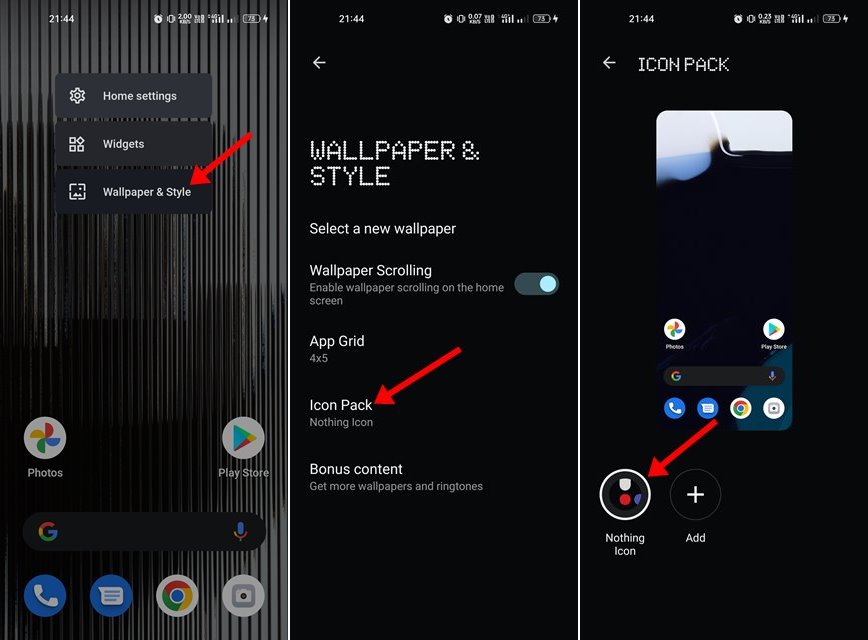 This is the only customization option provided by Nothing launcher. However, the launcher is still in testing, and it’s supposed to gain more features in the coming months.

How to Go back to Old Launcher? 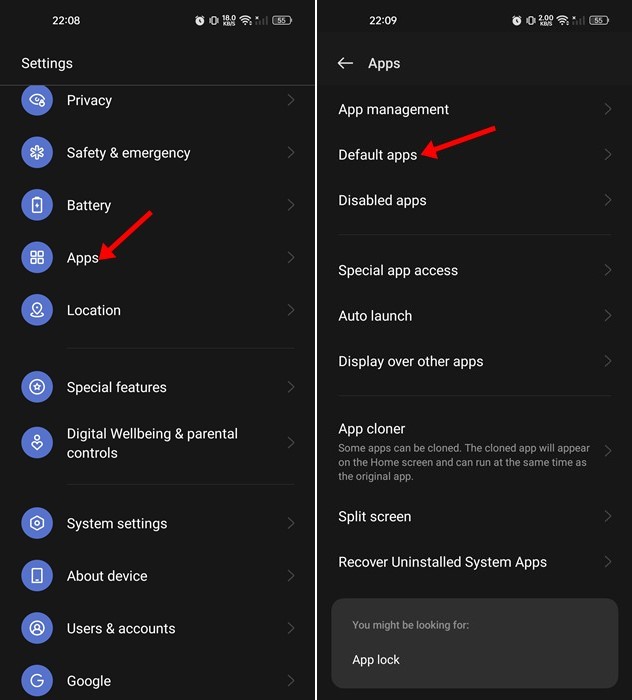 If you are unsatisfied with the Nothing launcher, you can return to your own launcher. You need to open the Settings > Apps > Default Apps. So, that’s all about how to download Nothing launcher on any Android device. If you don’t find the Nothing launcher unique, you can try other third-party Android launchers. If you need any more help, let us know in the comments.