[dropcap]T[/dropcap]he risk of your account being hacked etc. cannot be ignored and there should be something done so as to increase the security of your cloud data. Ensure your privacy on the data that is stored there in your cloud storage by encrypting the data before uploading it with the local machine too to make it unusable to any person that illegally access it.

Now most of the people have started to use up the online storage functioning, i.e., cloud storage through which they upload their files or data to the servers which provide up some specified space (based on your choice) for that only. Although you get a personal account credential for your storage space and is very much private to you only with high-ranking security but still there can be some risk factors that could cause the loss of your valuable data too. The risk of your account being hacked etc. cannot be ignored and there should be something done so as to increase the security of your cloud data. There is one method through which you can even encrypt your files also before uploading them to your cloud storage as this can increase the security levels for your data. Here in this article, we have discussed that very method only by which you can encrypt your files before uploading these to the cloud storage. Just go and read up the article given below to know about the method.

How to Encrypt the Files before Uploading to the Cloud

The method is very straightforward and easy, and you will be using the simple online service that will help you to store encrypted files on your cloud storage. So follow the below steps to proceed.

Also Read: 20 Important Websites That Every Google User Should Know

Steps To Encrypt the Files before Uploading to the Cloud:

Step 1. The very first thing that you will need for the whole step to work is that you will have to install a great application named ‘Cryptomator‘. This piece of software is available for most every major OS like Windows, Linux, Mac, Android, iOS, etc. Just install the proper sort of app on your device that is meant for that very particular operating system.

Step 2. Now after you have installed the application on your device, just launch it up and then you shall see up nothing except an Application window panel with an image inside and some of the options. From the options that are placed in the bottom leftmost position inside the window panel, you will have to select “Create new vault“. 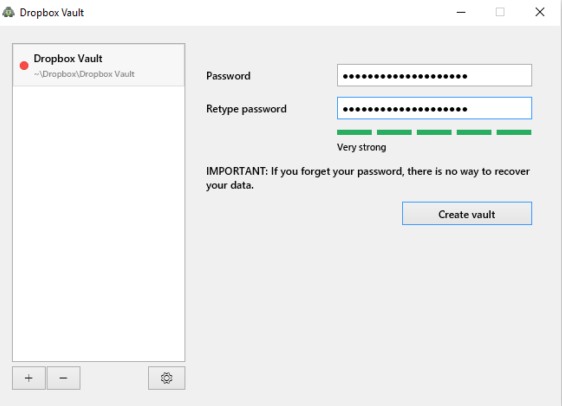 Step 3. After the above step, you will now reach a different window which will ask you for creating the new directory inside your cloud storage which you will be able to access after login. Just name your list and then provide a password for that directory which will be asked afterward and you are done.

Step 4. At last, you had now created a password protected folder or directory that is called vault inside your cloud storage. And you can now unlock that list by filling the password that you have decided in the previous steps and then use it to upload your content and store it there. That’s all! You can access the content in that directory anytime by filling up the password as it is encrypted the folder.

Also Read: Top 10 Websites that Will Make you Smarter

Encrypto is one of the best tools which you can use on your Windows and Mac OSX. The tool allows users to send and share encrypted files. The great thing about Encrypto is that it works for local and cloud storage encryption. Moreover, the service uses 256-bit AES encryption and it can encrypt files that you want to send via email, Dropbox, or even a USB stick.

Just like Encryptor, Boxcryptor is another tool which you can use to encrypt important files. The best thing about Boxcryptor is that it allows users to create a folder anywhere on their computer. Everything placed in that folder is encrypted using the 256-bit AES standard. So, you can place this folder in cloud storage services like Dropbox and Google Drive.

nCrypted Cloud is one of the interesting tools which you can use on your Windows, Mac, iOS, and Android. The best thing about nCrypted Cloud is that it allows users to create a folder inside various cloud storage platforms. Users just need to store the files in that folder and then right click on them to encrypt or decrypt them. The app is available for almost every major operating system including, Android, iOS, and Windows.

Sookasa is another best security tool on the list which is pretty much similar to the BoxCryptor which has been listed above. However, Sookasa is limited to only Dropbox and Google Drive. Just like all other file encrypter tool, Sookasa also creates a secure folder inside Google Drive or Dropbox to sync content. So, whatever you store inside that folder is encrypted using 256-bit AES. So, Sookasa is another best free apps to encrypt the files before uploading to the cloud.

Odrive is another best Windows 10 app on the list which allows users to link all cloud storage accounts together. Just like all other similar category tools, Odrive also provides users a secure folder which is encrypted with SHA2256 hashes. That means any files that you store on these folders were well encrypted. So, Odrive is another best free Windows 10 app to encrypt the files before uploading to the cloud.

So above discussion is all about How to Encrypt the Files before Uploading to the Cloud. And in this, you had learned in this article that how you can easily create an encrypted directory inside your cloud storage by using up the fantastic app named Cryptomator that is available for almost every major OS and hence can be utilized on many different devices. Just use this app and make your files much more safe on your Cloud storage.